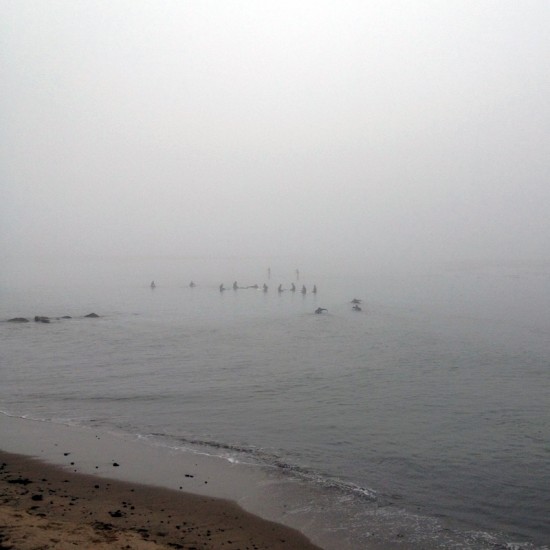 Fun Sunday double sesh. Some of the Twitter surf crew were talking about coming down to Capitola for Darren‘s birthday. The Sunday ukelele band was playing when we arrived in the morning. Didn’t see anyone yet so we headed out for a surf in the heavy marine layer. Waves were small but still enough to catch a few. Afterwards, we said hi to Darren on the beach and went to get some lunch at Dharmas while he played with his daughter in the water. 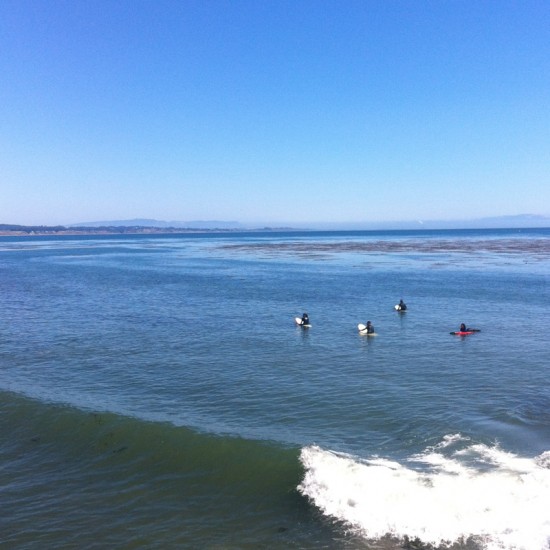 Afternoon sesh. J-Bird, Jacob and JJ waiting for a wave. Right after I took this photo, a set came and they caught a party wave.

J-Bird, Jacob and their friend JJ (who had just biked across the country) arrived later and we joined them for a fun surf among small waves. It was great to finally surf with them. Both Jacob and J-Bird had a chance to try my big 10′ Koa board, which they seemed to really like. Max got his first stand-up ride since his foot has healed and it was awesome to see him again from behind the wave, zipping right on a ride!