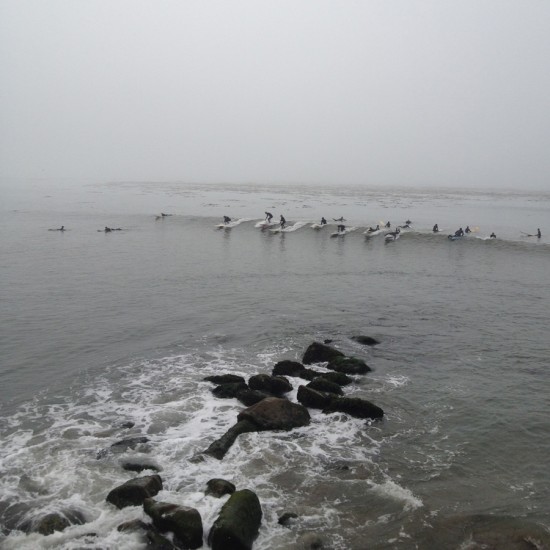 Wow, look at the crowds on that wave! The holiday brought everyone to the beach and the lineup. We opted to catch waves by the first jetty where there were less surfers, but still a line of body boarders and foamies to turn through. Caught a few small ones while the marine layer faded and the sun came out.