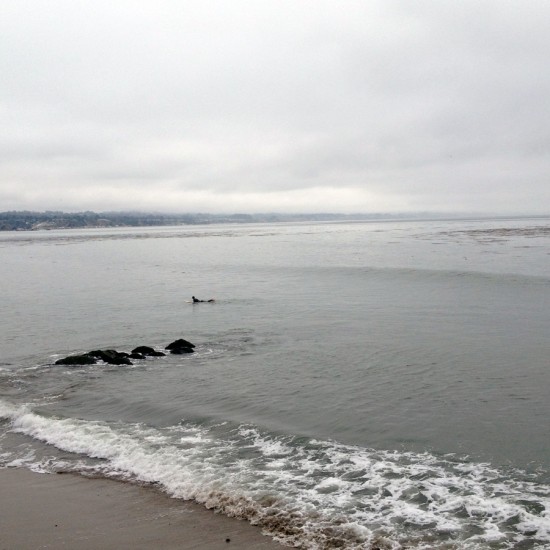 Fun, mellow surf this morning. Got there at low tide and waited for it to rise a bit as we ate some food. While the swell was pretty small with lulls in between, there was still enough power to get lots of fun rides. I got some fun ones, including a nice long right with a fast turn and another with a steep drop by 2nd jetty. We were joined by only one shortboarder and a father and son. Later some other surfers and kids came over to hang on the inside. The waves picked up a bit near the end of our session, which meant lots of party waves. 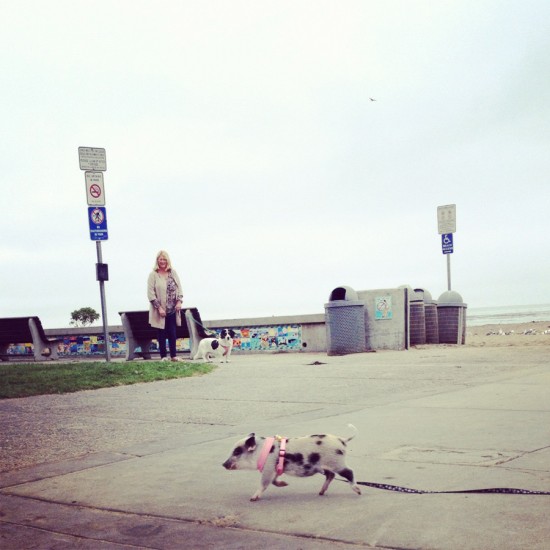 You never know what you’re going to see at the beach – a tiny piggy!