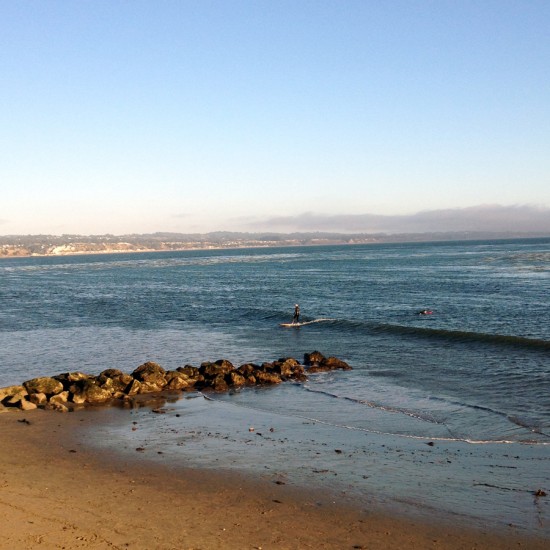 It’s been a week since we were in the water due to rain and exciting work/life changes with a new client. In spite of weak swell today, I really wanted to get back in the water, even if there weren’t any waves. We rode our bikes down since it was the annual kid’s Halloween parade (no parking). It was a beautiful, sunny, warm day made more festive by everyone in costume by the esplanade. It was near low tide and there was less water filled in than I’ve ever seen. Only about a foot of water where the wave was breaking. Nevertheless, I got several fun rides – the tiniest waves I’ve ever been on! I popped up and stayed as low to my board as possible to get the most out of the ride. It was another chill crowd: a few kids, a dad with his little girl on his back, a couple of longboarders. The biggest challenge today was to not land in the 6 inches of water after the ride or on the way back out! Always feel better after being in the ocean. 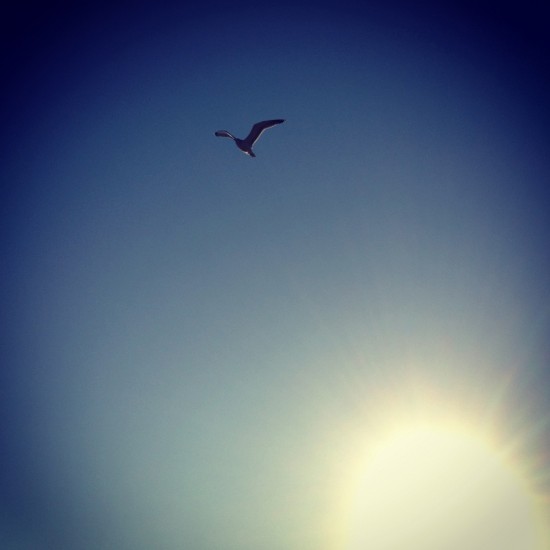