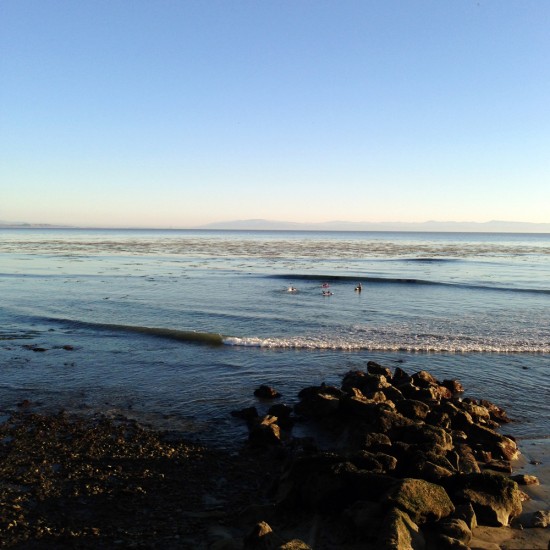 So stoked after today’s mellow, sunset surf. The WNW waves curled in from the kelp and the peak rolled in and swung left. It was sooo glassy. We both caught lots of small, fun waves as the water filled in after a negative low. With just Max, myself, a brother and sister and one SUP out, it was peaceful. I was giddy to be back in the water. After the last week’s heatwave, it’s been chilly with a cold front from Alaska rolling through CA. This late afternoon, however, was warm (60s) and without any wind. A beautiful magic hour light spreading across the break as the sun set behind the pier and hills. I watched Max catch a perfect one and ride right down the line towards me as I paddled back out over the same wave. The sunset lit up behind him and he glided in silhouette, the water spraying into the light. Beautiful and ethereal. On another wave, I paddled for it but was too far to the right on the shoulder and just missed it but got to see the peak break and spiral towards me, again, with the sunset behind it with the spray shooting transparent into the air. The past two weeks has been intense work/life-wise and today’s sesh was like hitting the reset button. Rejuvenated.