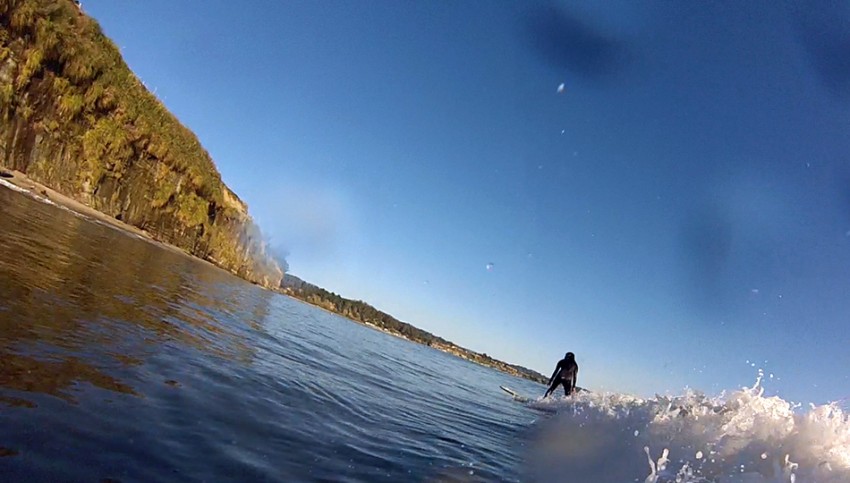 Today was spectacular: more size and power than the past sessions with consistent sets coming in and perfect wave after wave. After several low tide/dropping sessions where you really have to watch the shallow inside, this was a nice change with deeper water. Only missed a few as tide was rising (3′) so some were breaking closer in. This was the first surf with a primary NW, secondary WNW and tertiary SW and it meant the lines were long from 1st jetty all the way past 2nd jetty. I got a really long one that took me past the farthest part of the cove yet. Another had a steeper drop and fun turn. Felt like I was in the groove today. Paddled left to meet the peak for the first time rather than from the right. It worked well. Love the satisfaction that comes from picking the right wave and getting my timing just right, navigating past other surfers and catching the wave at the peak. Max had a blast too. We’d shaka at each other when we were back in the lineup. The air was crisp with temps just at 50 this week but the water didn’t seem as cold as the last session and the sun was out after several days of gloom. 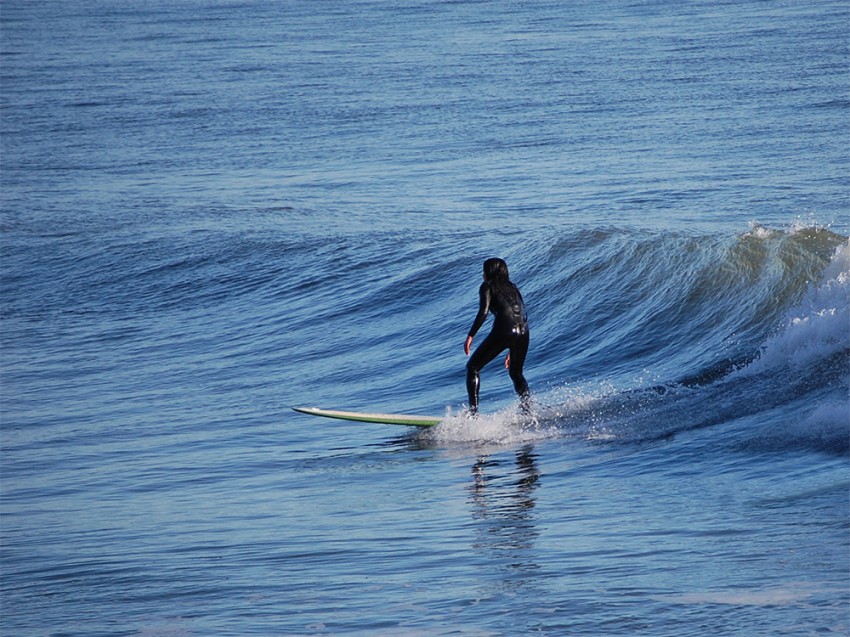 Thanks to Nola for the photo. 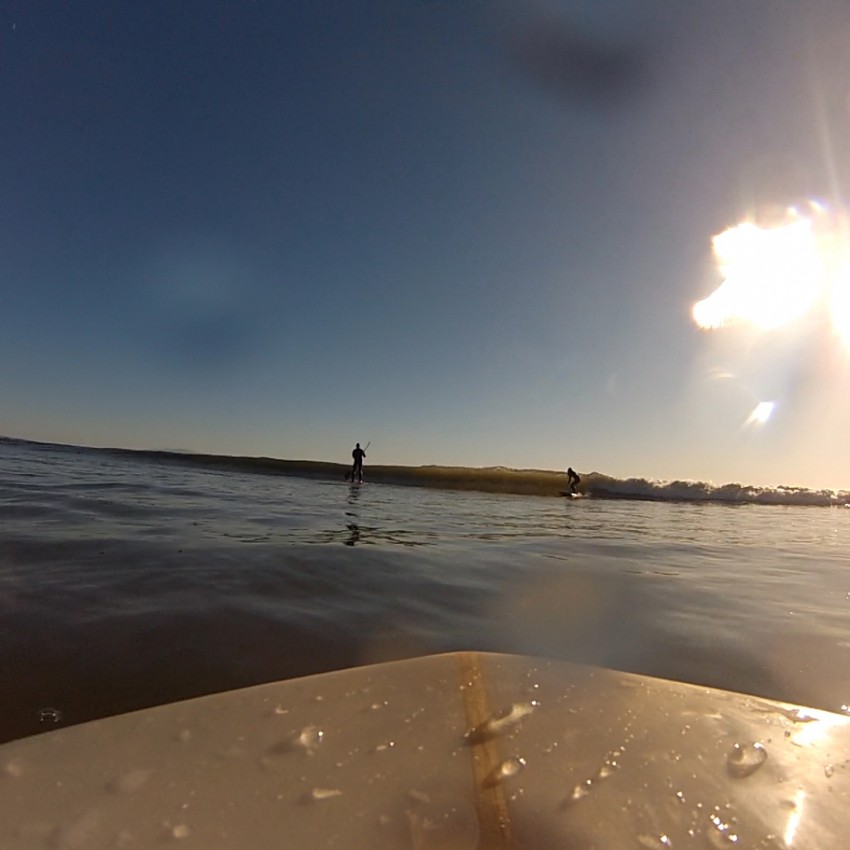 In the middle going right. 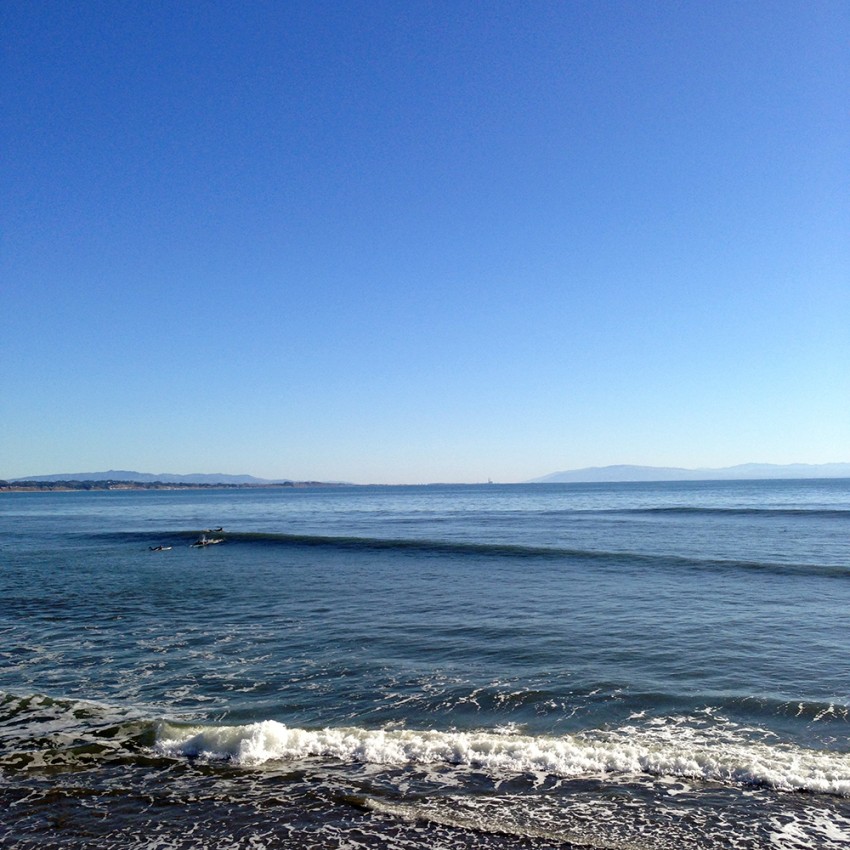 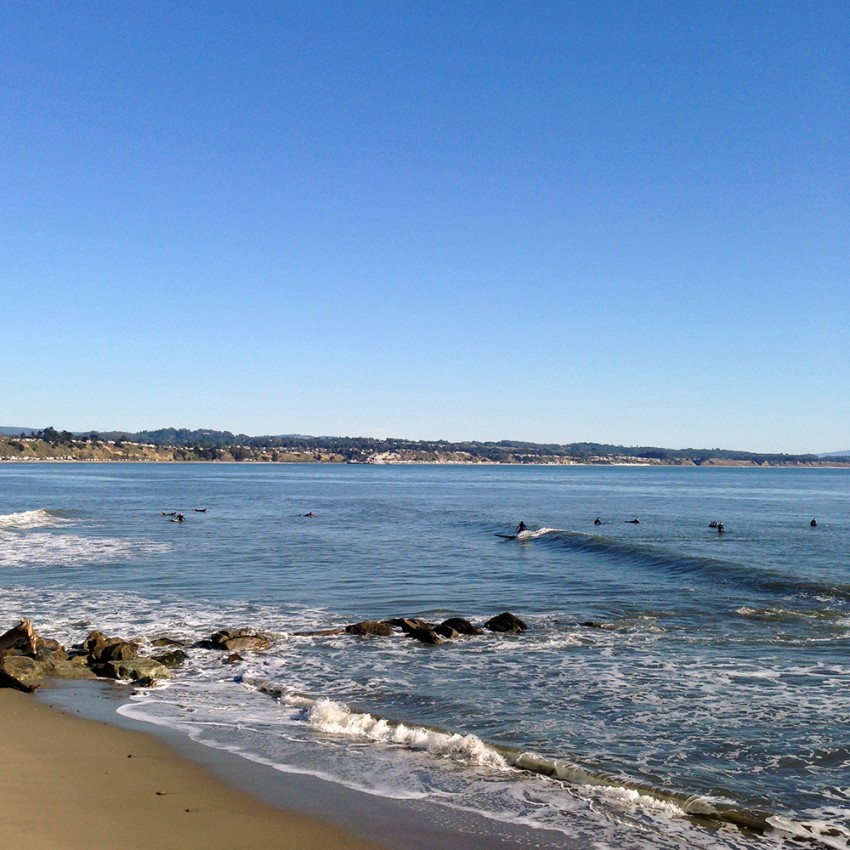 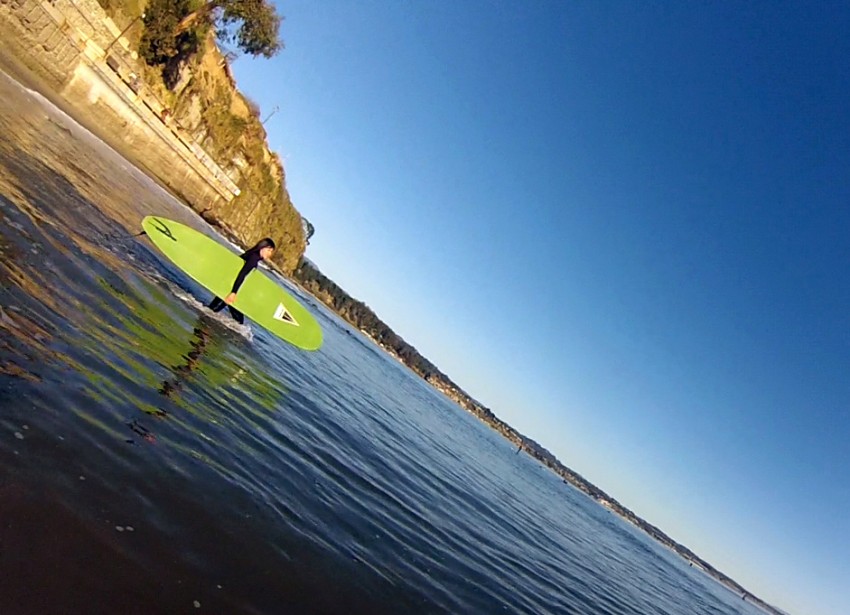