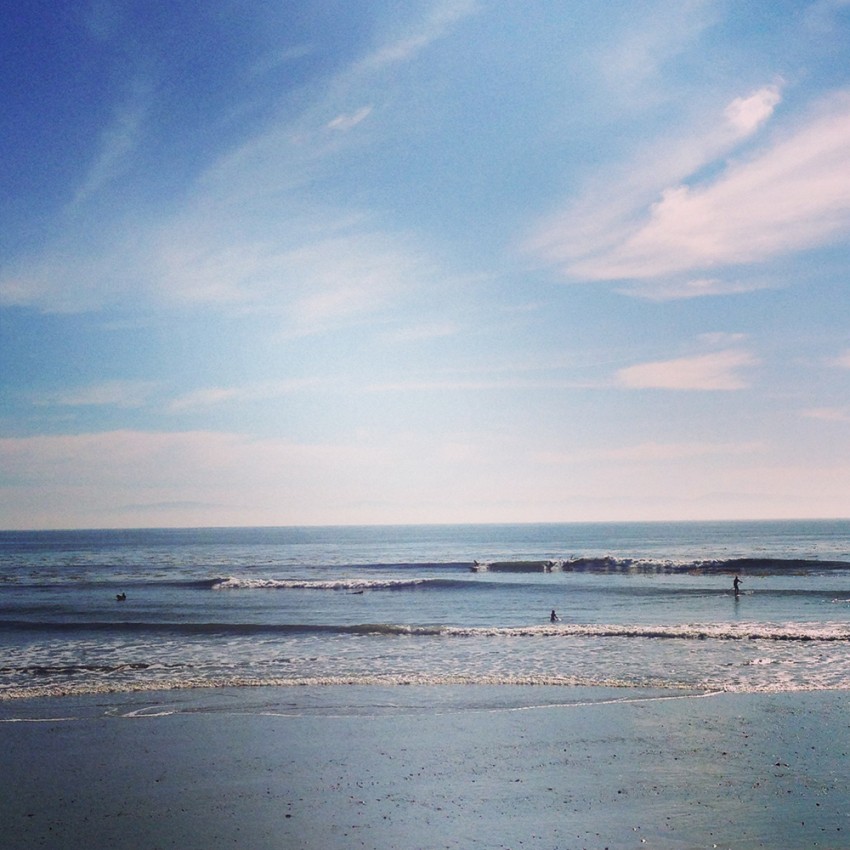 Birthday surf! Slept in, had coffee on the porch and enjoyed the sun and weather, warmer than it’s been the past three weeks. Arrived at the beach at low tide, ate our sandwiches and bananas on the esplanade, and suited up. I was riding Max’s 9′ Harbour Banana and he was on the Mitsu (both HP1 and both 10′ have dings right now). The lineup was far out in the kelp on the low tide. Shifting around and some breaking on the outside lineup, others rolling in and flattening at the deep spot. I got a good one near the beginning, an outside right that took me through the kelp zone with a few bumps here and there. Fun ride. I was already stoked. The Banana felt good – thicker and heavier than my HP1, which makes it even easier. After a period of paddling for waves that broke too far out or too far in, I managed to catch another couple of fun rides, including one long one, caught right at the peak, where I went left, then right, then left again at the end. Max got some rides on his Mitsu and had a close call with some guy’s loose board that was flying through the wave. More surfers out today and kids since they’re still on Christmas break. Saw Ryan and Nathan in the lineup and Nola on her way out as we headed in. Fun sesh. Happy for waves and sun!