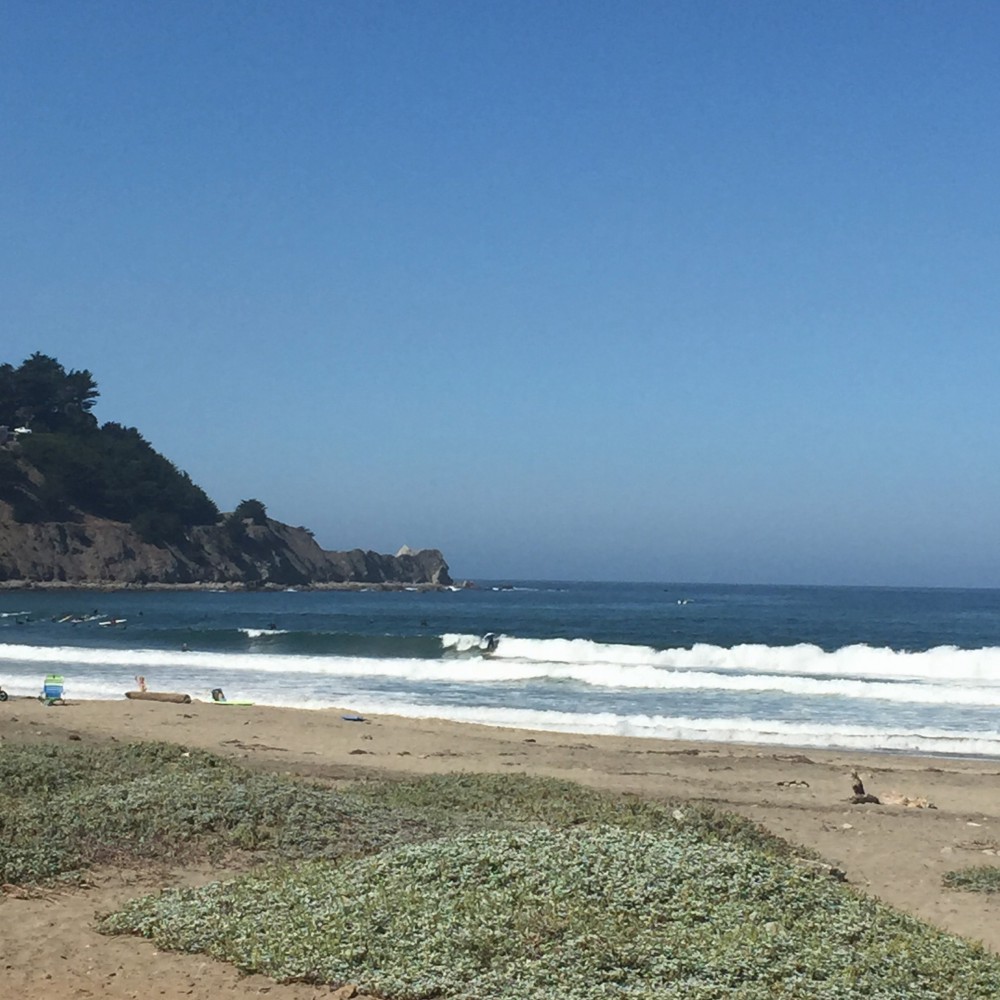 Back in the water enjoying the last day of the heat wave from this weekend. Had a lovely visit from El and spent the day together eating (Rocco’s, Hakkassan, Plant Cafe), shopping (Hayes Valley) and catching up on life in general. We had a window to surf today with sunny skies and slightly more swell. Max was trying out a Paipo that he found at Mollusk. I opted for the south end where the waves were breaking but not closing out. A crowd was near one peak farther south and I lined up to the south lot spot where I knew there was a right and a left and fewer guys out in the water. Chatted with ponytail/mustache guy about missing the weekend and the Big Chill Out. Today was one of those days where everyone was a bit too far out waiting for a set, and I chose the inside ones that broke close to shore but had some speedy rides, angled drops and one pretty long one. Later drifted south and was in the water with Rick E. and longhair Bob. Fun to hang out in the pack and sit on the peak waiting for ones to roll through. Bob and I were inside of them where there were more opportunities. Water felt so good. Max had fun on the Paipo and got a few in the right spot to feel it zip along the face of the wave. Saw Joe, David, Rick L. As we were changing, the PPSC Mom (with the three kids) was waiting for Rick E. to come out of the water. Turns out she saw a guy carrying a light blue Rick board at the BART station, reclaimed it and it turned out to be Lena’s board! Wacky beach life. 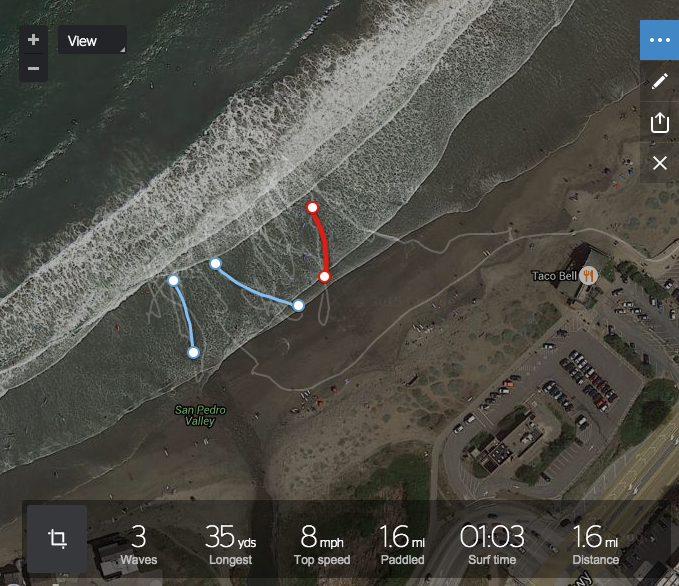