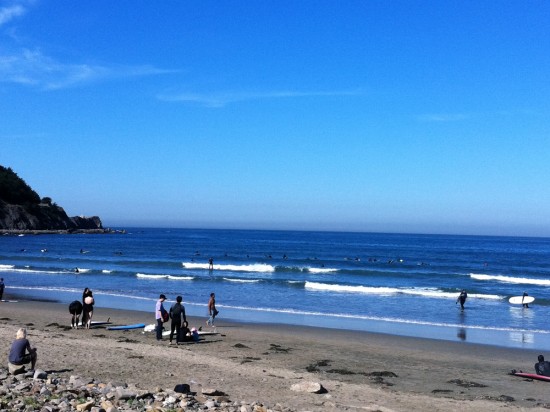 Took a few days off since being back from Seal Beach for Max’s shoulder to rest, plus conditions have been mostly mediocre windswell. We knew it was going to be crowded since it’s Saturday and a sunny 80-degree day in Pacifica, but we needed to get in the water. There was an unusually funky smell all over town as if the sewers were overflowing. Tide was dropping and it was small and fairly mushy with a weak mixed groundswell and chop from the wind, but we both managed to get several waves near the south end on our Harbour 9.0s. While the air temp was high and the sun was beaming, the water was cold on my bare hands after the warmer 60 degree water of SoCal. I missed the frequent, well-shaped lefts and rights of Seal Beach. At LM, they’re so much harder to find. Good to get out, but I admit it made me nostalgic for last week. 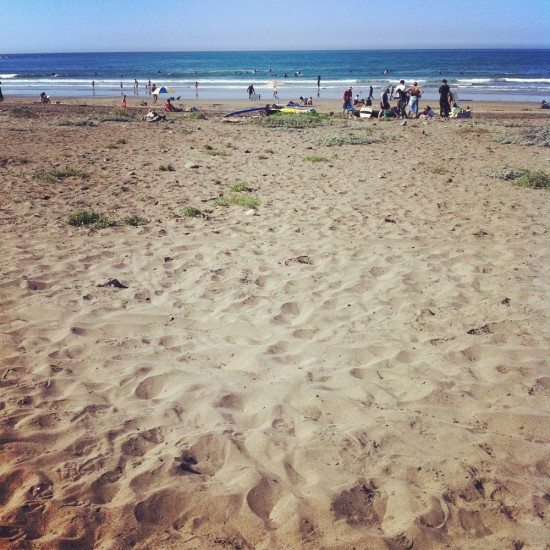