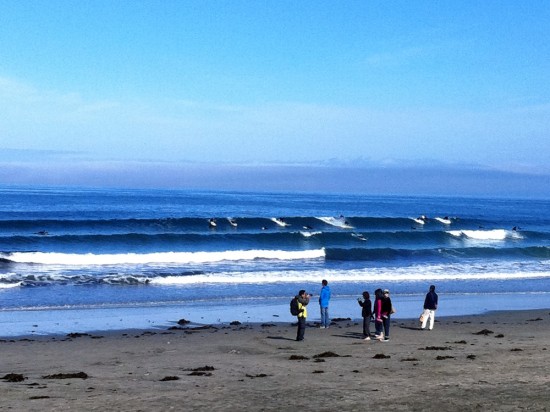 Fun Sunday surf with Max, who caught a record 15 waves! We had low expectations given the Sunday crowds and lots of surf classes. When we pulled up to the lot it seemed like there wasn’t a single spot open from south to north. After some observation, there seemed to be one or two best peaks to try (not closing out, good shape, fewest surfers). After paddling out to the middle, we found enough room for the takeoff. Then it was a matter of making the turn and dodging shortboarders and bodyboarders on the inside. On the upside, all of the surfers near us were friendly and trying to stay out of each other’s way. The waves started to shape up the longer we stayed out and were fairly steep on some. It was nice to catch up with Janice, who we used to see often at the Jetty. Chatted with her about her new board for a bit while we sat on the outside. I got six fun rides and tried some cross-stepping at the end of two. One was successful and I almost got up to the nose. The other one ended in a spectacular face plant. Fun practice.