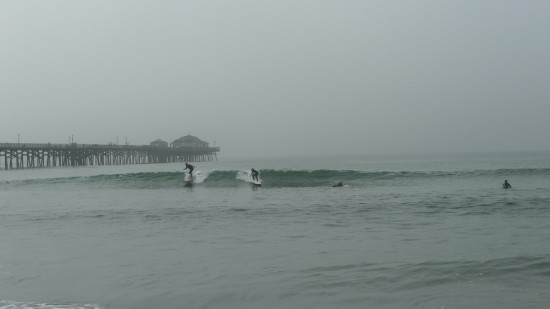 Sharing a wave with Michael. In this view, he's on the left; I'm on the right.

First day surfing with the marine layer this trip to Seal Beach. You could barely see the horizon all morning and you had to squint to see the next set. Bruce, who’s 69, would occasionally yell, “hey, if someone sees one coming at me, tell me!” He’s hilarious and a fun part of the lineup. All morning, I’d hear him and Jack shouting, “let’s ride!” when a wave was approaching. He got some good rides too. Conditions were pretty sweet today, with few closeouts, rolling waves and a shorter interval between sets. Unfortunately, Max’s shoulder was really hurting and while he paddled out with Michael and I, he had to go in after several attempts at waves as he was in too much pain. Hopefully, taking a day off will help recover. Max came back to the beach after changing and was sweet to take all the photos of me in this post. 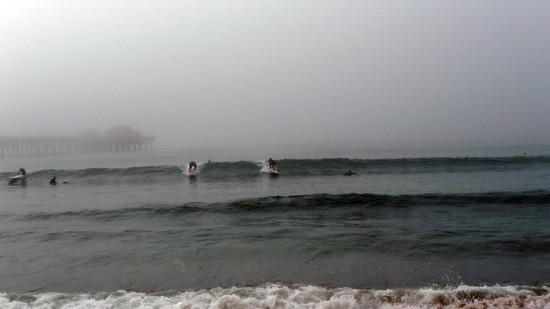 I'm on the right here about to go left on a sweet ride.

Michael and I got lots of rides. I worked on positioning and not paddling too fast and far in front of the wave. He was good at pointing out waves that would work and others that wouldn’t. I’m still getting used to reading the ones by the pier and accounting for some backwash which makes every wave look different. Michael was great to surf with and after a few waves, he said “you’re at that point where you’re catching every wave. I’m really proud of you.” :) 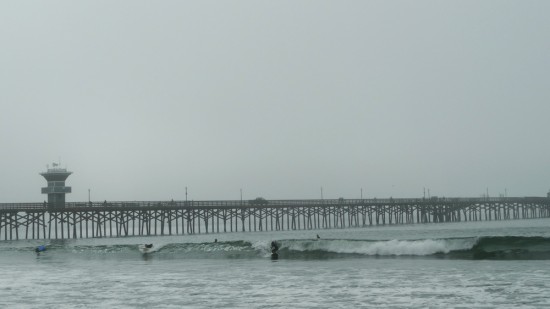 Made the takeoff and trying to go right.

It was super mellow in the lineup and I’m still in love with my Harbour board. Afterwards, we got sandwiches at Nick’s with Michael, Bruce and Jack (who had warm water to rinse off with, Hawaiian neoprene seat covers and a beautiful yellow HP3). We stopped by Harbour after lunch and got a tour of the shaping room and Rich’s carpentry room by Jake. Fun morning! 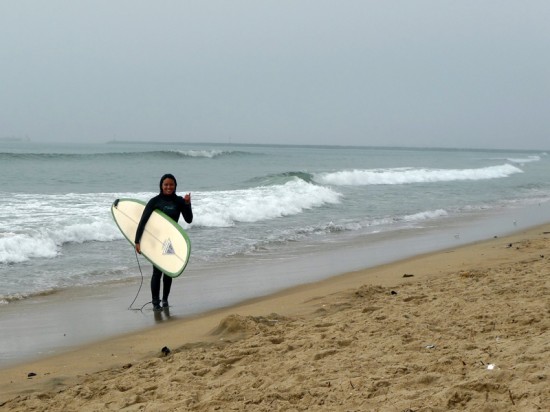 Post-surf with my new HP1. 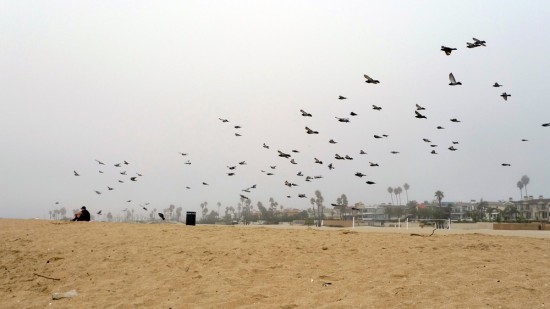 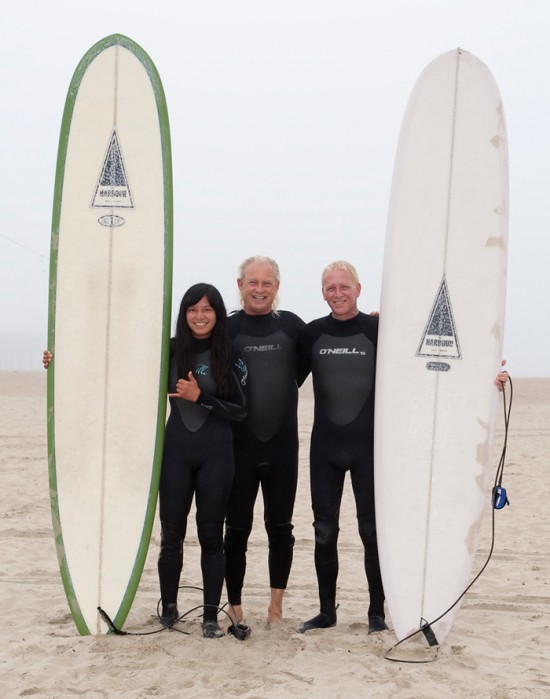 Me, Michael, Max (Thanks to Dave Peeters for the photo).

[REGIONAL SUMMARY: Old SSW(185-200) swell continues to fade this morning, mixing with small NW energy. Better breaks continue to pull in 2-3’+ surf, with some of the top exposures in the shoulder high to slightly larger range on the best sets. Conditions are nice and clean, though still a little bit walled on the larger sets. Shape is best for most breaks through the morning tide push, eventually slowing down as the tide approaches a mid-day high. ]