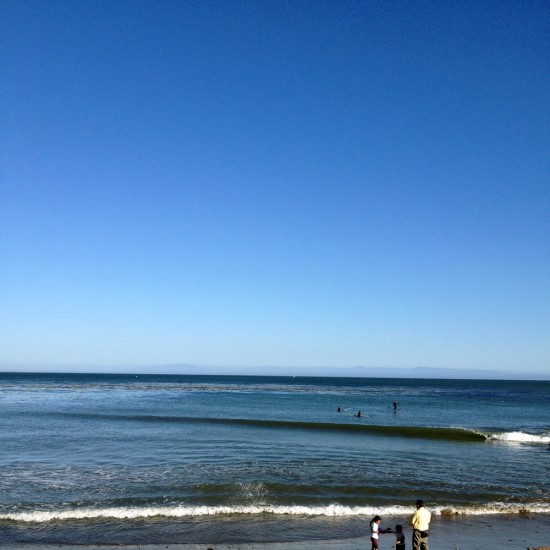 This afternoon in Capitola was another sun-drenched, summery day with excellent surf. The SSW swell was holding up and also a partial west. When we arrived, the beach and water were packed with kids and families relaxing. We waited for the tide to drop and also figured some of the crowds would thin out as the afternoon progressed. Sure enough, by the time we paddled out an hour later, there were only a handful of surfers and body boarders out. I’m loving this consistent wave. There was more wind today and texture to the water, but the fun rights continued. On one memorable ride, I reached out my hand and held it in the wave face as I zoomed along. On another, I made a little airborne drop on the face, landed it and turned right. Then there was the strange one where I pearled and rolled off the side. Max had another great session and I loved watching him from behind the wave as he zipped along to the right. We even had a seal or sea lion spotting! Great time. 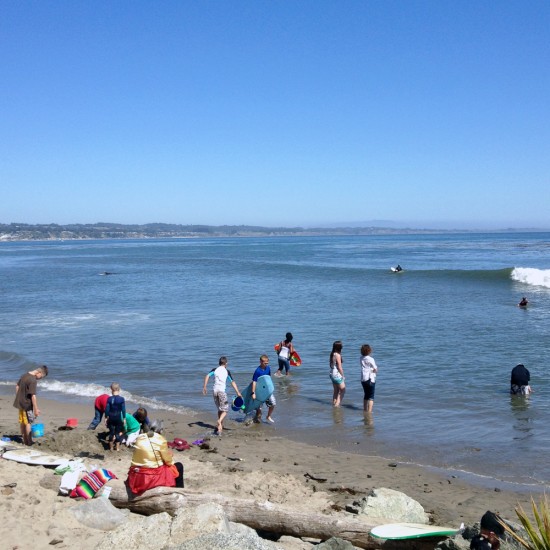