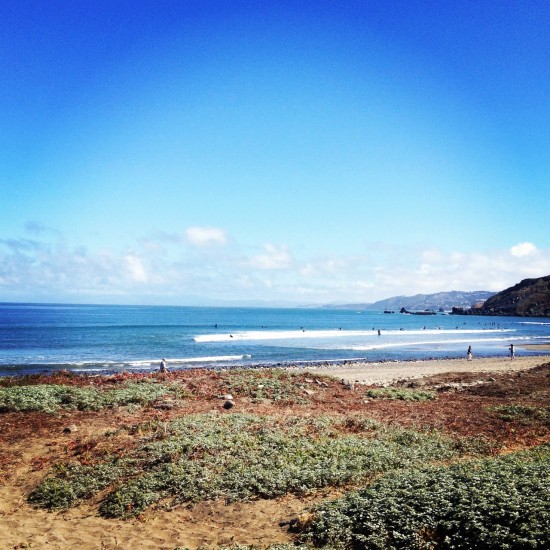 It was a surprisingly beautiful morning at LM: sunny, windless, available parking for a Sunday (beach-front south lot!), and small mellow waves when I arrived at 9:15am. I watched two longboarders catch at least six long rights in front of TB. South end was flat, surf classes next to that and the north end was packed.

Ate my sandwich and banana and suited up. Wind picked up a bit and that right wasn’t happening any more so I started out a bit north of TB. Wiped out on one, didn’t get another, and then caught a pretty nice one that looked like it might close out on me as I paddled but ended up a solid ride. After much repositioning to keep from drifting north, I went for a few more but the waves in that section were starting to steepen and close out. I paddled farther south and joined a varied group of surfers who were chatting and relaxed. Went for a few more that mushed out because I was too far off the peak. On my way back out to the lineup, I saw the spot to be and paddled over there. Got a fun right! 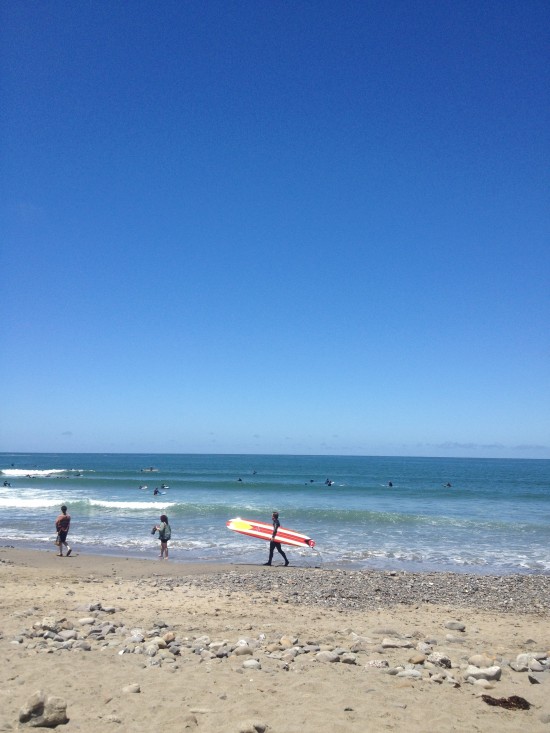 Today had a nice blend of aloha. The only thing that would have made it more fun is if Max was there but he couldn’t surf today. On the way out of SF on 280, a red Smart car drove by with the driver waving a shaka in the rear view mirror and I noticed their license was “BSURFIN” as I shaka-ed in return (ours is “5URFERS” and covered in surf stickers ;).

While in the Jeep, I met Derwin, who works at Sonlight and was checking out the surf. We chatted about our Harbour boards, LM, Santa Cruz and Hawaii. He’s gotten barreled at the north end of LM on his Harbour H3. Then I met Dave (red car, single fin) who we’ve seen many times before. Both Derwin and Dave thought I was Christine, who apparently has our same Jeep and is in the PPSC too. Beach world is so chill.