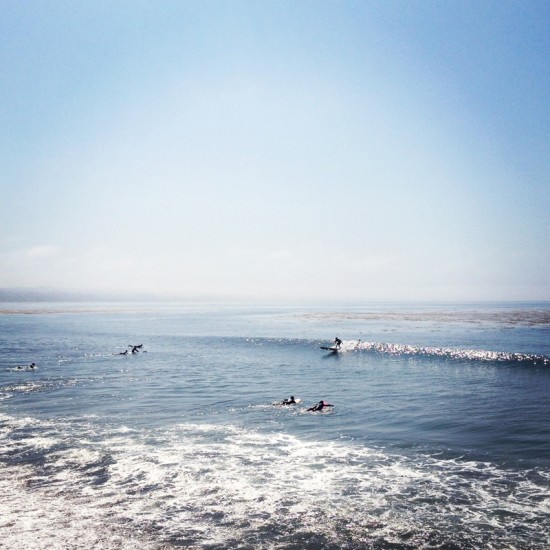 Still feeling a bit sick (stuffy noise, partial scratchy throat) but definitely wanted to surf today. Headed out just as tide was dropping expecting some of the bigger sets like we’d seen during the surf check earlier. Max took some photos before joining me. I got some sweet rides today and some nice mellow ones. The bigger ones involved a steep drop where I had to shift my weight and push down on the nose to make it, then shift again and lean far back to make the turn. One smooth right took me farther towards the south of the cove than ever before. Paddling back out I saw the guy in the gray wetsuit sneak a five. The smaller waves were relaxing, just swooping along. 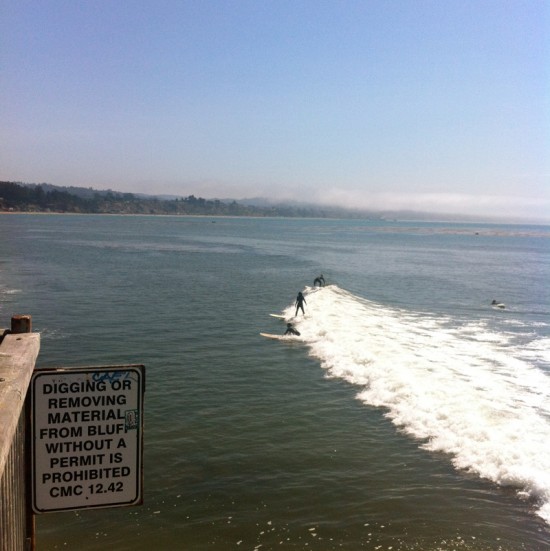 End of one of my rides. Photo by Max.

Chatted with Shay, originally from FL but living in Pacifica now. It was her first time out in the water after two years and surgery. I gave her the lowdown on the spot and really wanted her to get a wave! She almost made several but she was still stoked. I told her to come back to Capitola on a weekday morning for less crowd. Saw some sea lions in the distance and lots of pelicans today. Max was on his Harbour again, joining me halfway through the sesh. Felt great in the water (stuffy head cleared) and strong again physically after a week’s worth of surf!