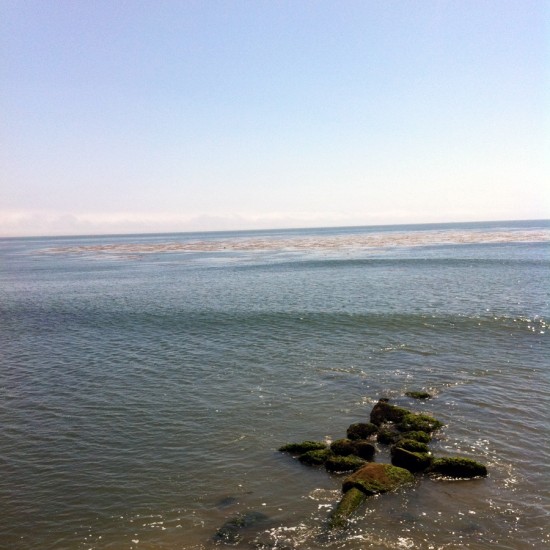 Small waves today without any wind. Glassy and tiny with waves rolling in every 5 minutes or so. Shared waves with Perry – on a SUP, learned to surf as a kid at Capitola, and knew “Gilly” (aka Dave G) and was all around chill and stoked. “Such a beautiful day isn’t it? The water’s so warm! Just being in the ocean is the best. I love small waves.” Back in the day, he said a crowd at the point meant ten guys. “You start out a kook and if you keep surfing long enough you end up a kook,” he said. Max and I were both on our Mitsu boards (first time since HI!) and it definitely felt different. So light. Seemingly harder to turn but that could be more the weight and the smaller waves today. I’ve been surfing my HP1 for an entire year and have really gotten used to it. Fun to mix it up but almost made me appreciate how comfortable I am on it. We caught lots of small waves with Perry cheering us on and spotting the bigger waves of the set for us. On one sweet ride I leaned way down and touched the wave the whole time. Ahhhhh.