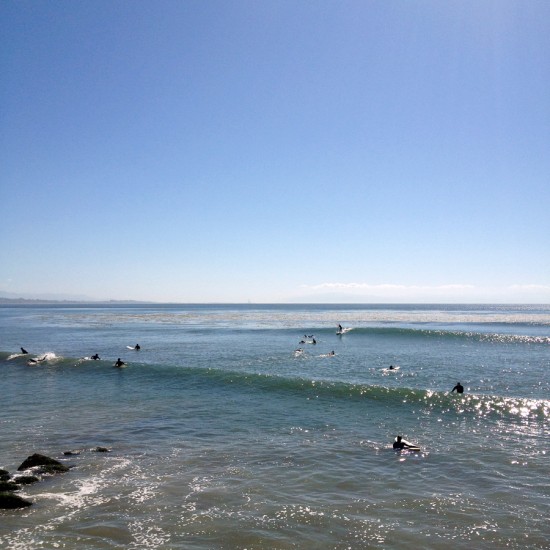 Today was low tide and good SSW perfection. Nonstop waves and sets rolled in every two minutes. We only had an hour to surf but that was a jam-packed hour! Catch a wave, ride it right, paddle back out, catch another one. The first couple of waves were short, fast rights but the one at the end was steep, fast and long, ending way over past the boulders. Love getting long rides all the way over there and not having to paddle back out through the set. Well, did that once too and it was a thrill and a workout. So great being back on my 9′ board today. So familiar and easy. Max got some great rides too. Great sesh! 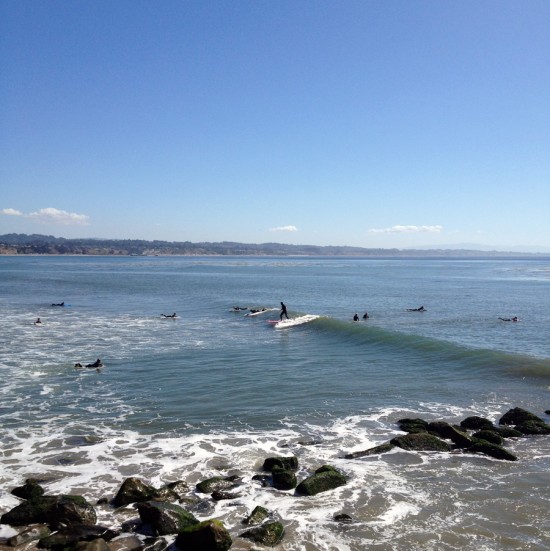 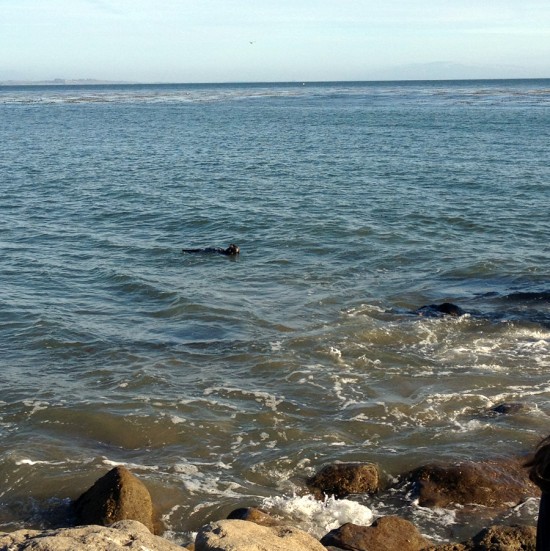