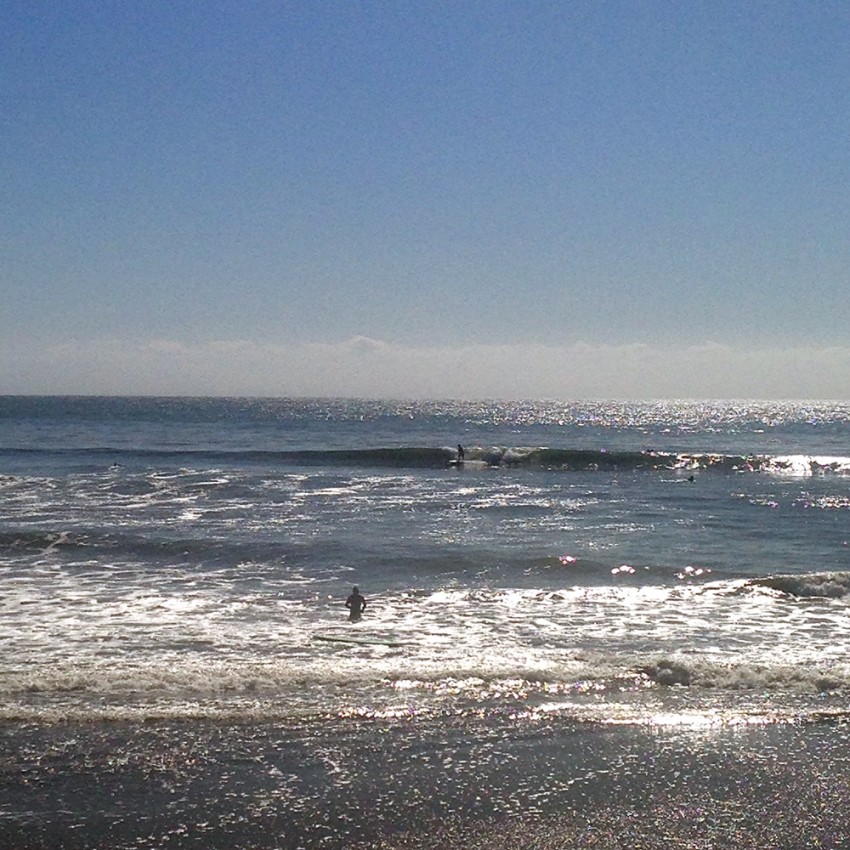 It wasn’t an epic wave or anything, but it was epic-in-my-mind to get a ride the second time out on my Motorboat! We were expecting more of a 5′ swell today at Capitola but by afternoon it was smaller, though still nine waves a set. Just a few surfers out and mostly longboarders on the outside. Felt lucky to have a whole endless section of waves to myself! Max was a bit farther out to the right. I sat on the inside near second jetty and got used to the new board some more. Caught a bunch of prone rides to get a feel for it. Got a split second ride off a reform, then Max came over and I got that one standup ride at the end of the session. Had fun paddling back out over waves and aligning my position to the peak so by the time I was back in the lineup, I was right at the peak for the next one. The whole experience of being on a shortboard is so different than longboarding. More submerged in the water, more agile at the peak, but at the same time, harder to paddle and get back outside. So stoked to feel like I’m getting more used to it and to have gotten that first ride! 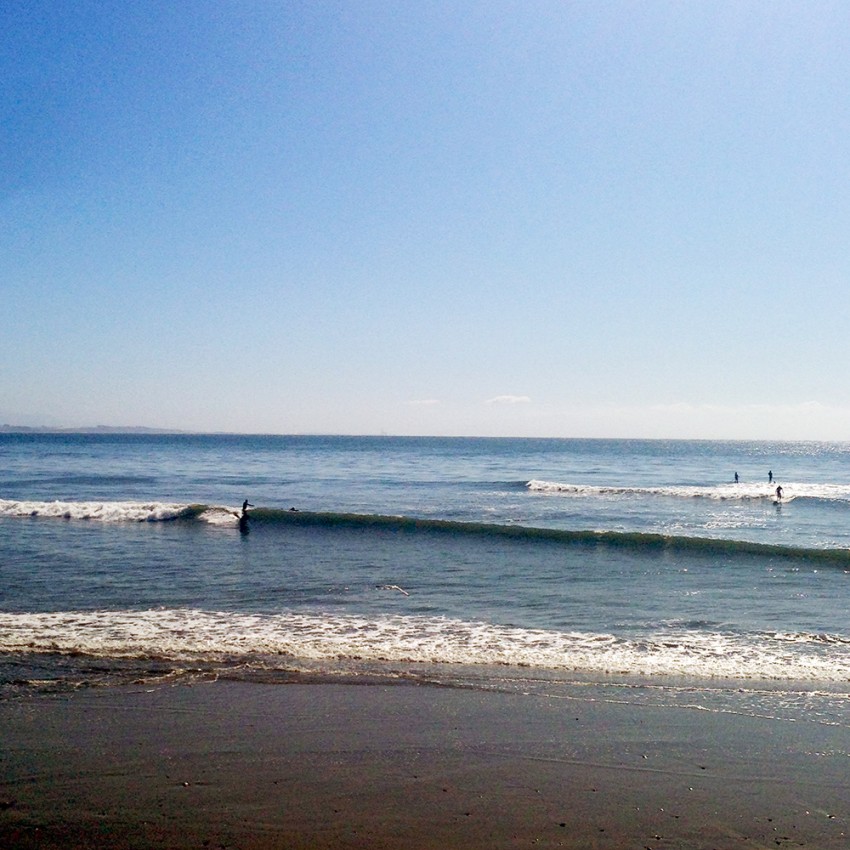 #219 / 2:45pm / 5’4″ Motorboat
[Regional Summary: Solid mix of short to mid to long period WNW-NW swells today. The better exposures offer chest-overhead waves this early morning, while select winter standouts produce occasional sets running up to a few feet overhead. Surface conditions are fairly clean for most locations with offshore wind, but many spots are a bit jumbled from the swell-mix. Dropping tide all morning.]
3ft at 15s WNW (288°)
0ft at 12s SSW (203°)
0ft at 18s SW (213°)