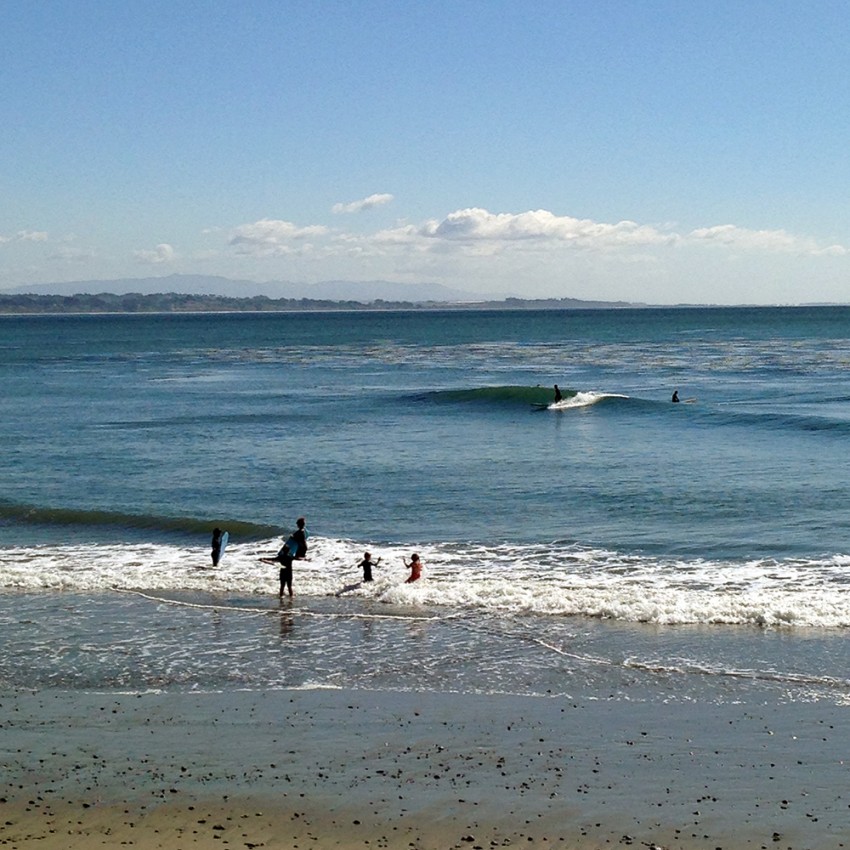 Swell was much weaker today though there were still waves through low tide. There were only five of us out and interestingly, it was the first time since May that there were more shortboarders than longboarders by 4 to 1. The four of us sat south of second jetty and I eventually moved in even farther. Took more precision today to get waves and the fit guy on the longer shortboard was the best at it. He really paddled hard for those inside ones and his positioning was good. Max got a ride on the 5’7″ CI Sperm Whale and I was psyched to witness it since I missed his ride on the DFR last time. I paddled a lot and worked on positioning. Got a perfect one with more power, right at the curl but couldn’t pop up in time. Caught another with a split second ride. Had a few that felt like I was slowing down while paddling and had to adjust but too late. Need to move up a bit more on my board to paddle and really lean my head down when trying to catch the wave. Felt good, though, and can’t really ask for more than an empty break to practice on a beautiful sunny day!