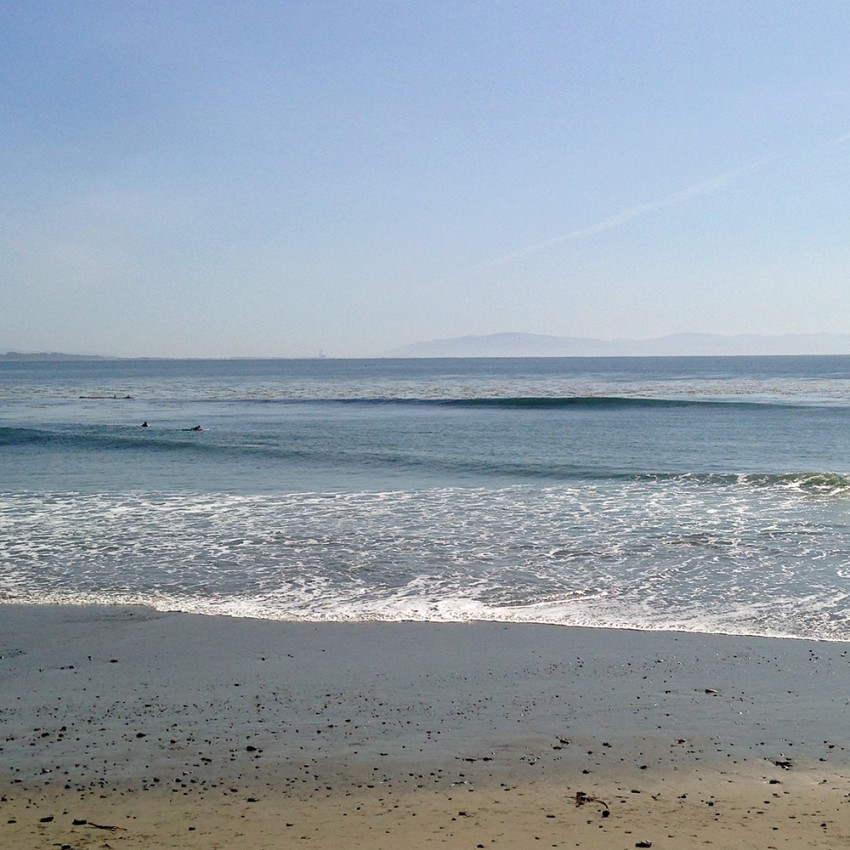 Being back on the longboard was a like a vacation. Paddled to the outside in one sec. Zipped around to catch outside peelers. Had one of the those mellow low tide sessions with just Max, Ryan and a couple other people out, catching almost any wave I wanted and speeding down the line. Had a super fun one that grew in size as I dropped, went right for a while, then did a slow turn and went left, scooted up towards the nose of my board and trimmed high on the wave until kicking out in probably less than a foot of water. Woo! Max was on his 9’6″ which is the seventh board he’s been on in seven sessions. I love the challenge of shortboarding and it’ll be fun to get better at it as I put more time in, but I do love my longboard and the glide and ease of it all. What a blast.