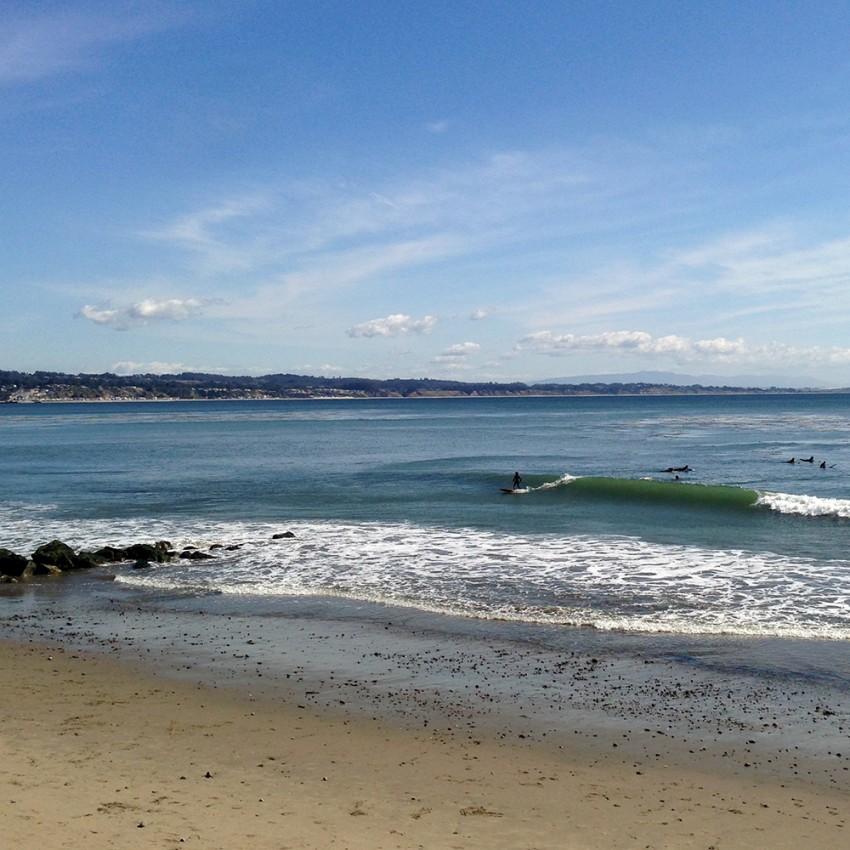 Another fun sesh today. Small, slow waves and quite a bit of NNW wind, but a small, mellow Saturday crowd made it even more fun. Max and I shared the lineup with just a handful of other surfers. As the older surfer from Monterey said, “it’s better than being on land!” Definitely. There were lulls and the waves were soft and fizzling out when they hit the deep trench, but occasionally one with more size would come through, reform and roll all the way in. My first one was one of those and I rode it right almost to the cove. Low tide and weaker waves meant I’d just end my ride by sitting down on my board. On another good wave, I took the earlier advice of the old guy about the weaker waves and offshore wind – scooted more forward towards the nose of my board, got down really low to avoid the wind, and felt the misty spray on my face as I rode almost to the cove again. Ahhhh. Max was out on his 6′ CI Fred Rubble and I saw him paddle for and catch his first wave on the outside. So stoked for him. Wind was wicked cold when we unsuited. We hurried and hopped in the Jeep to get some hot veggie noodles at Betty’s. 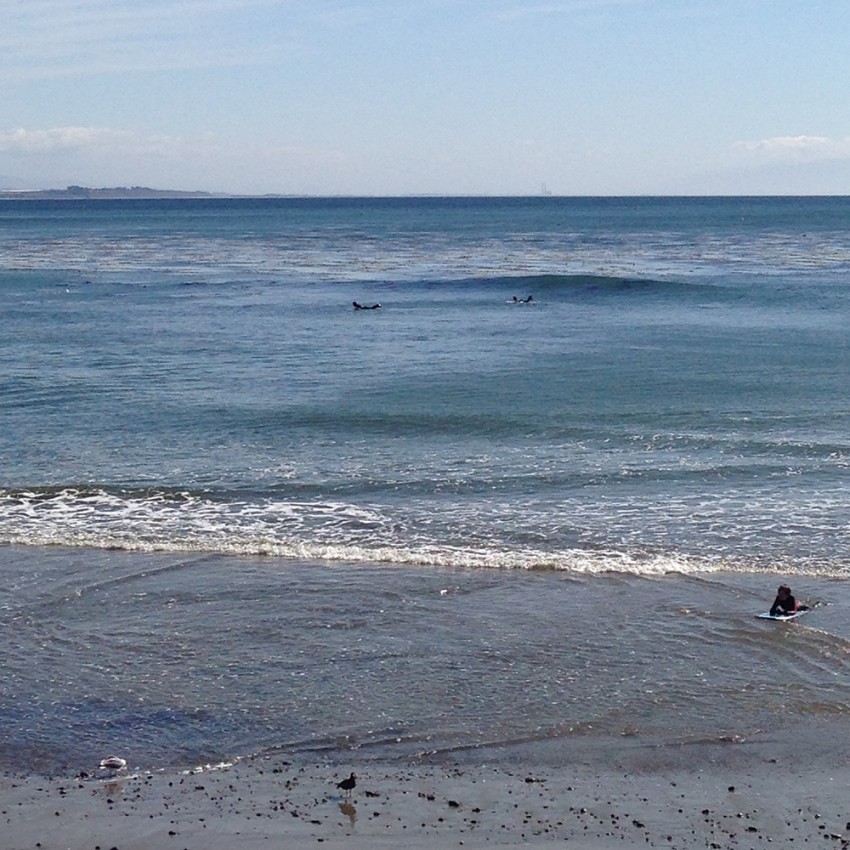