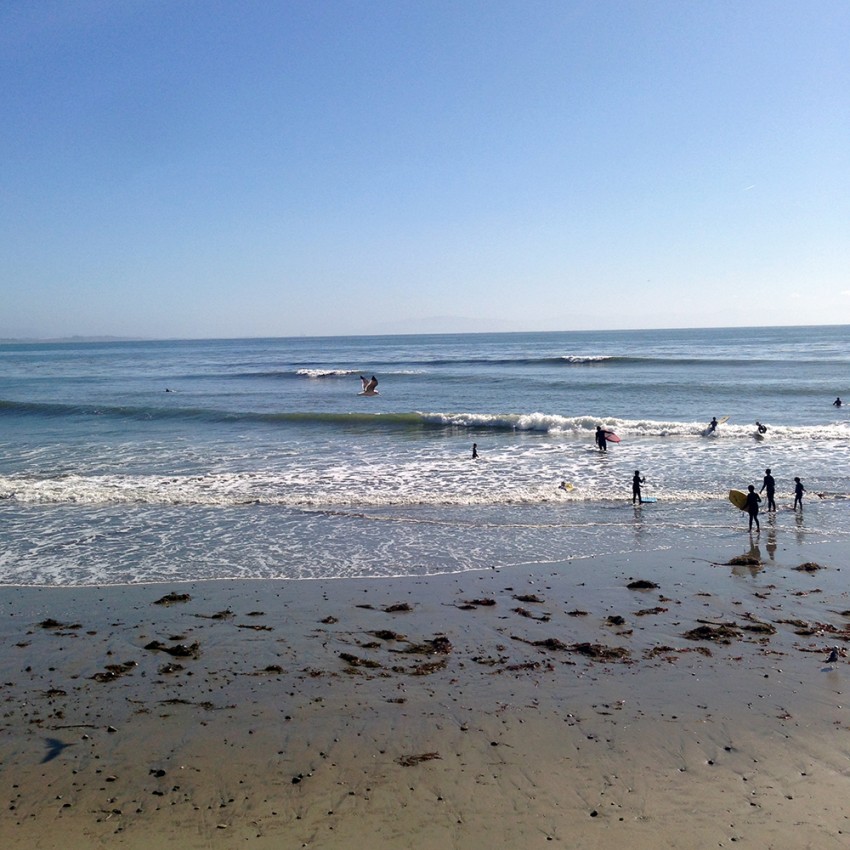 Pleasantly surprised to find bigger waves on the outside than expected while we did a surf check and ate our food. A seagull swooped up Max’s bag of almonds and cheese in a split second when he turned away to take a picture! Tide was about 2.5′ and dropping and the waves looked consistent. Max was trying his 6’3 DFR for the first time and got used to it really quickly. I was on my trusty HP1 and caught a good wave as soon as I paddled out, zooming past the guys on the inside and riding the right as long as possible. It was a weaker period today and lots of waves were flattened out by the deep spot, but enough waves rolled through that I had some fun ones. Mellow crowd out. Everyone laughing at the ones that didn’t pan out. It’s so consistent usually at Capitola that these days of paddling around for the shifty peak are unusual and a fun challenge. Got a little left at the end when the peak swung over to meet me last minute and rode it into the beach. Beautiful sunny Saturday! 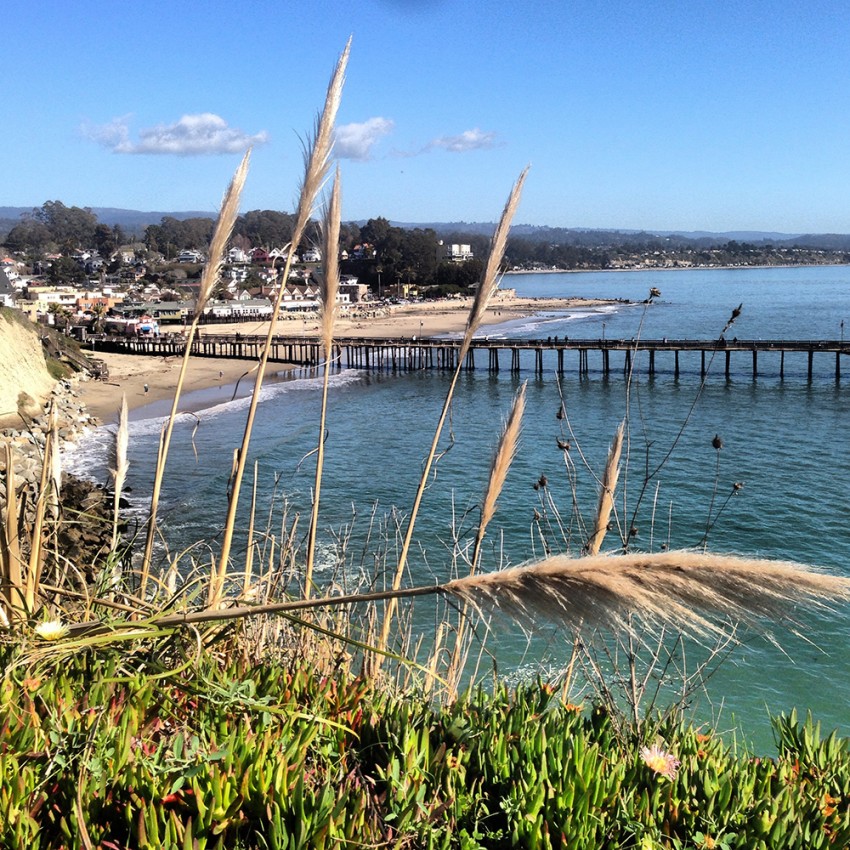 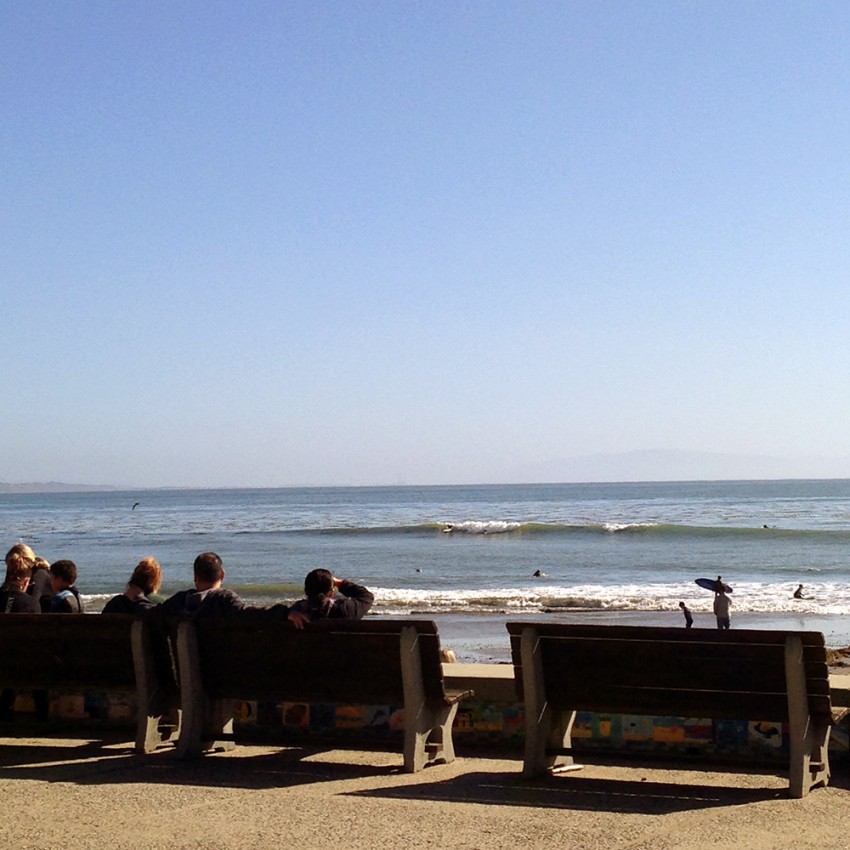 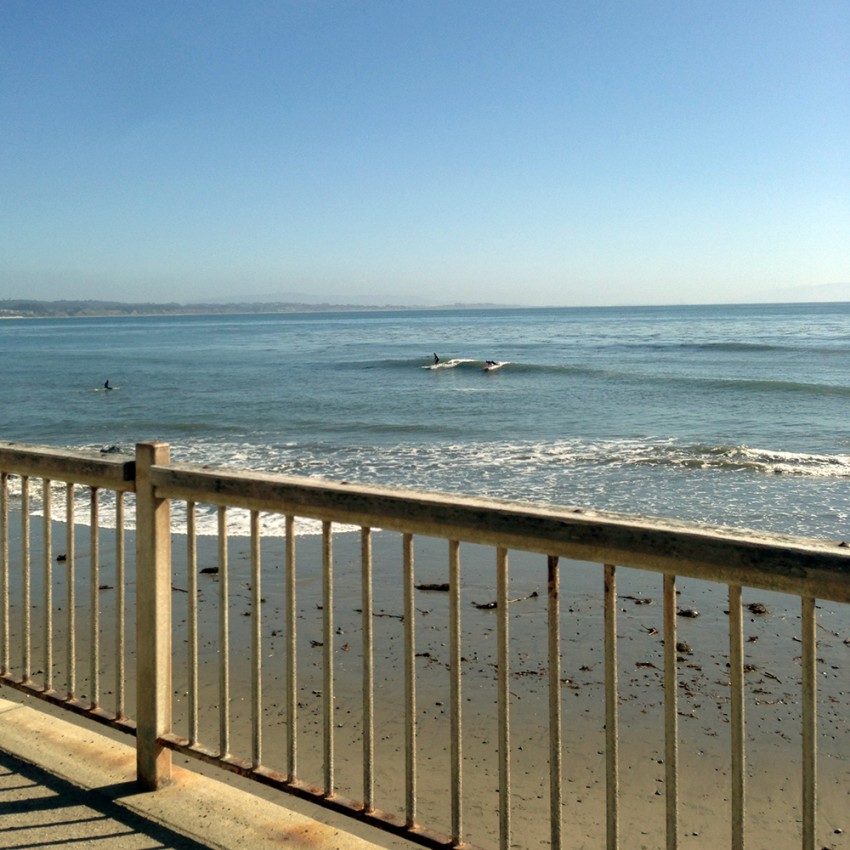