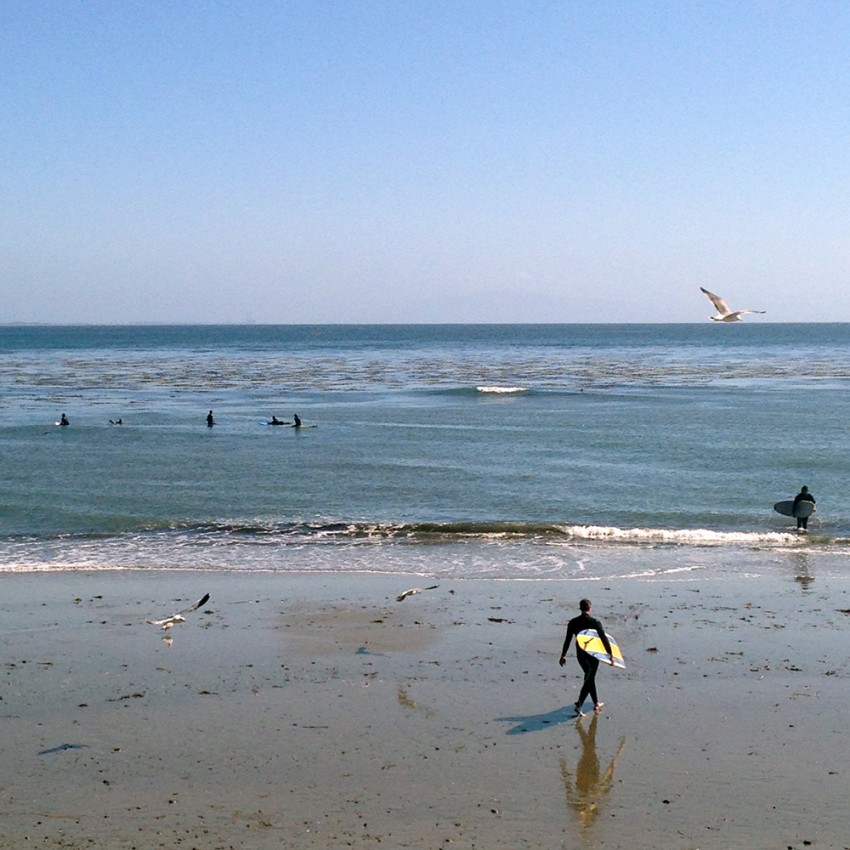 Ahhhhh, just what I needed. After being super busy/stressed this week with work, I planned to paddle out no matter what it looked like or how crowded it was for a Saturday. As luck would have it, only four other surfers were out and for a forecasted small day, the waves were much better than expected. With the tide dropping to negative low, the peak shifted a lot like it tends to do. After many months of surfing Capitola, I’m used to seeing it in all types of conditions. This was one of my favorites. Bumps rolled in from the outside and were easy to catch on my HP1 and so fun to ride. Some lost power after the trench but others continued all the way right. I lost count of how many waves I got. I’d catch a wave, paddle out, catch another one. Really tried to get in a rhythm and go for it, especially after being motivated watching the finals for the Roxy Pro at Snapper event the other night. Saw Max get a nice one from the way outside on his Pumpkin Seed! The other surfers were friendly weekenders. Chatted with the guy that lost his titanium wedding ring early in the session and he hooted as I caught my first two waves. Later I told them to move left closer to the peak and was happy to see one of them get a ride there on my way back out. Ran into Nola on the beach with a slew of boards for her visiting relatives. The sun was blasting and it was a welcome 60 degrees. Got some post-surf veggie tostadas and went by Grind Out Hunger where Zane helped Max set up a new Enjoi skateboard. Then back home to watch the Quiksilver Pro. Fun day!