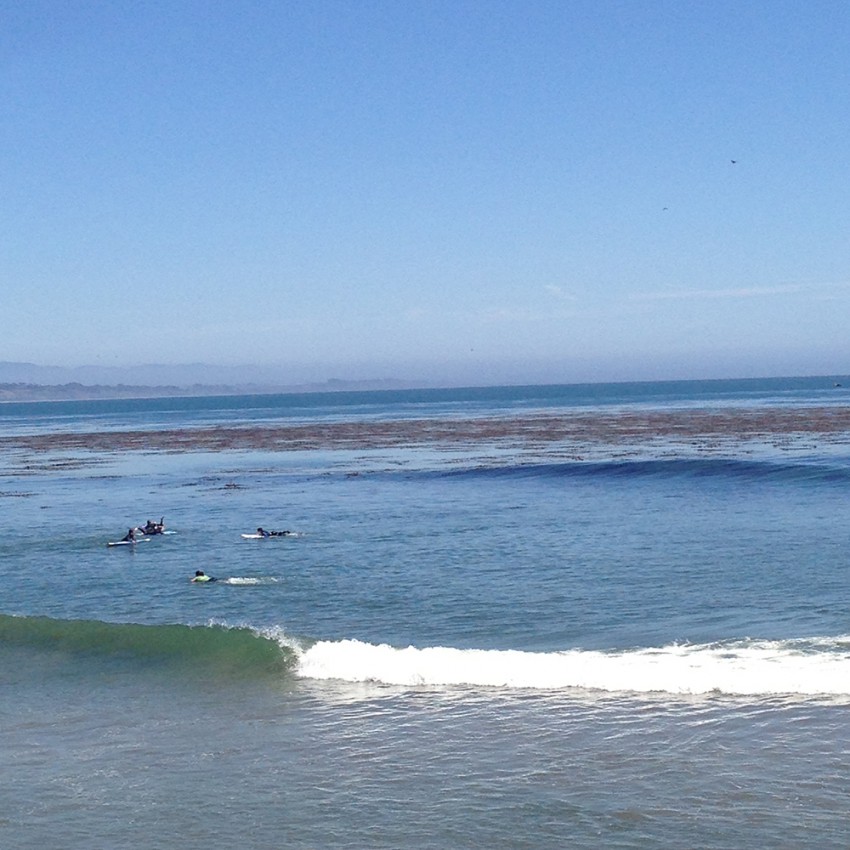 Breaks near SF have been blown out all month. Made it down to Capitola for our anniversary weekend after 19 days out of the water. I hadn’t expected it to be so crowded at the beach (duh, summer just started and vacationers were out in full force; junior lifeguards taking over the beach) and was a bit overwhelmed. Caught two waves early on in spite of super crowds. The waves were good at 18s and bigger than 2′ for sure. Paddled back out through an unexpectedly big six wave set near the end, turtle-rolled three times to get through, and phew, was I wiped out. Out of surf-shape. When that bigger set appeared it stretched from 1st jetty to 2nd because of the SSW direction. Max hadn’t eaten much and we weren’t in the right attitude to fully enjoy a packed Friday. To have a great session, you’ve really got to be in the right frame of mind. Noted :)