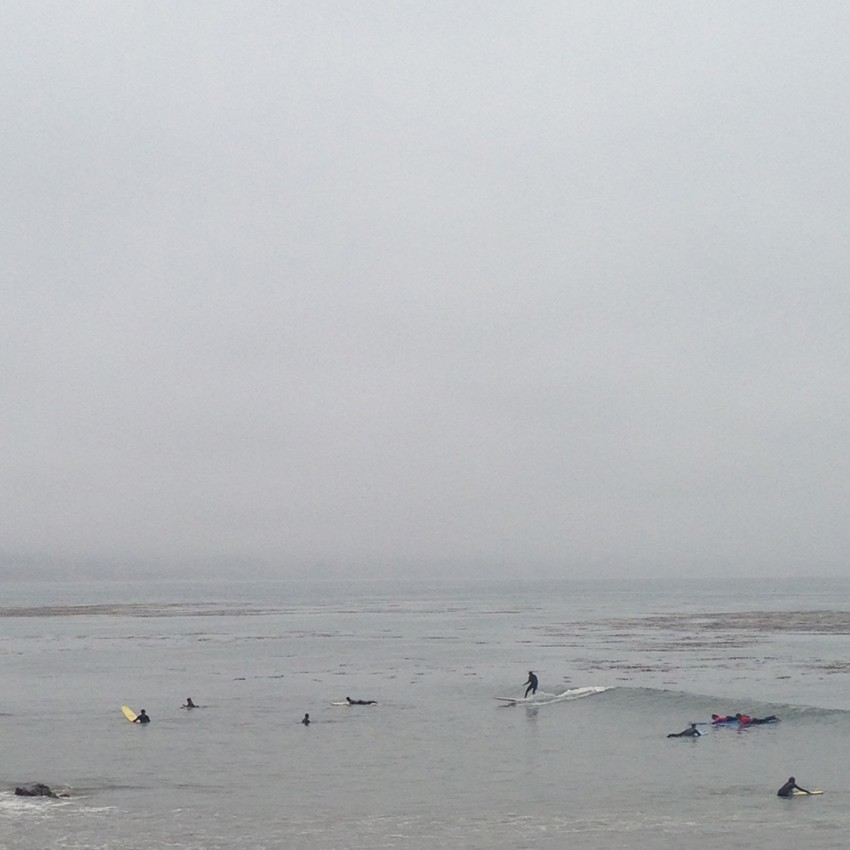 Earlier, before the marine layer cleared.

Few things compare to surfing Capitola. You can almost always count on waves. Even when it looks tiny and a bit crowded, things often change once you’re in the water. Tide was rising at 2+’ and on a small, slow-motion swell, we paddled out to the lineup in about 6 strokes. I asked the two surfers near me how it was and one guy said, “kinda flat.” I replied “at least the tide’s starting to fill in” as I spotted a wave coming in and paddled to meet it. Caught that first one and went right all the way over past the rocks. Wee! Not that flat :) Being out of the water for a month means that every wave I’ve gotten in the past two sessions is AMAZING. Max loved his new Firewire 9′ Crossfire. We both caught so many waves. It was one of those days where the bumps rose up from the kelp beds and rolled in. Most were softer than usual but occasionally one would steep up just before take-off, making early pop-ups fun. I had a few rides where I scooted more to the front of my board, crouched down really low to keep the speed going right in the curl. Turns out we went out at just the right time before tide rose too much and light winds arrived. Great sesh! 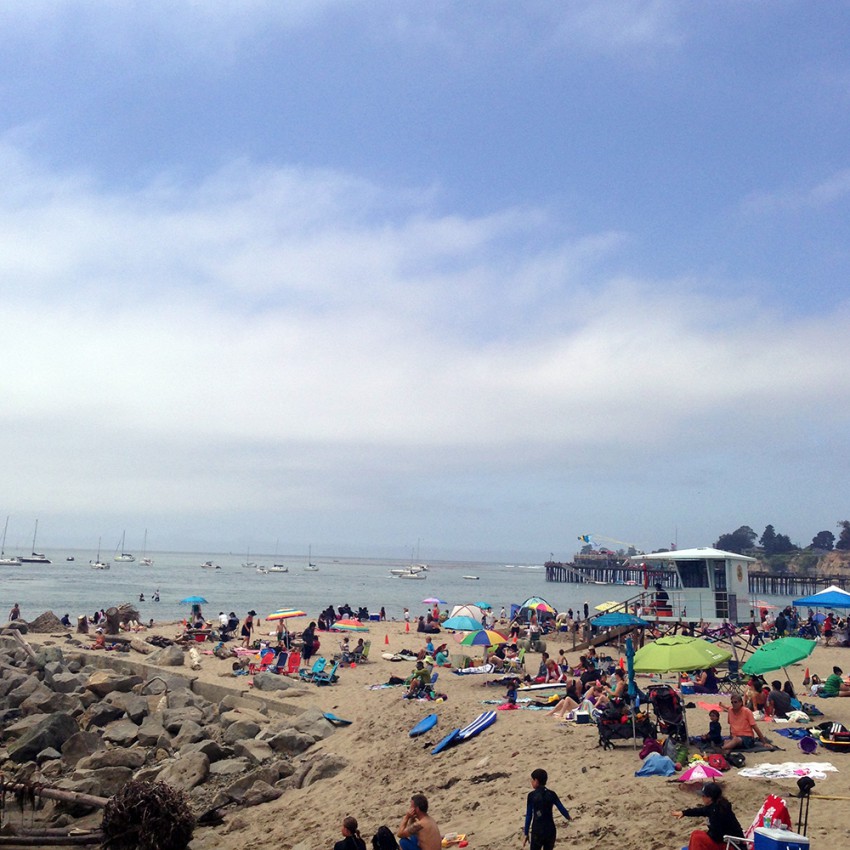