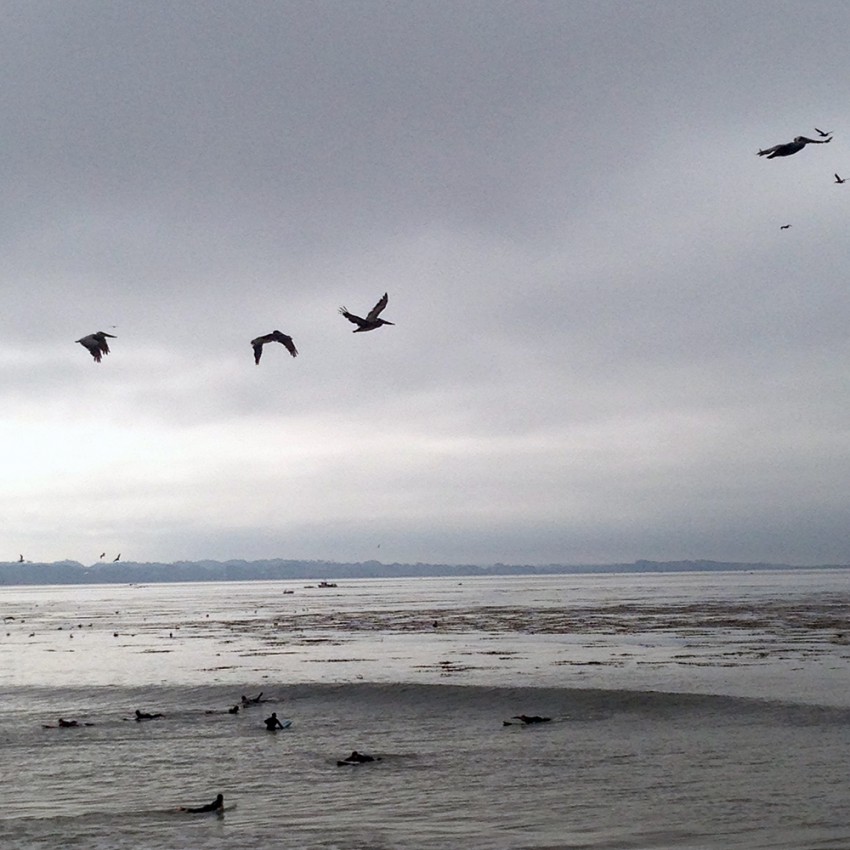 Arrived in Capitola around 9:30. Lot was getting full but we found parking right away. Our old spot #169, no less. Heavy marine layer in the skies, unusually warm for the time of morning, and out in the ocean, so much activity – pelicans dive-bombing outside of the cove, terns and ducks flying around and feeding in the water. Never saw so many birds over there. Lots of surf classes and foamies in the water. On one wave, at least seven people tried to catch it. Ah well, it’s Saturday. If we wanted solitude we would’ve been here on a weekday. We were feeling pretty mellow anyway and just getting down to the beach and getting in the water was fun enough. As we suited up and headed down, the marine layer cleared and the sun beamed down, all summery. Max was trying out the new board he bought from Eddie, a 1967 Stylist made by Surfboards Hawaii and shaped by Billy Hamilton. Heavy but not as wide as the Bruce Jones, more pulled in nose, barely any rocker. At the start of the session, I watched him catch his first wave, ride through the crowd with one other surfer to his left, then Max pulled hard right and rode fast down the line to the cove. Yep, he loved the board today! I also had a great day. The first wave was a bit sketchy and I narrowly missed someone on the inside who was standing in the water with their board because of surfers to my left and right. Too much of a party wave. After that, I really waited to catch waves that had a clear path since there were so many folks on the inside. Current pushed us south and you had to keep paddling north. The best waves were ones that shaped up on the outside of 2nd jetty as smaller lines, with the peak to the left, rolling up and shifted towards 2nd jetty right towards my lineup. I remember these from last summer on a SW. Those allowed the longest ride going right down the line, but you had to watch for new surfers dropping in. Sometimes I had to straighten out, but I had also had plenty that were clean, long rights and one in particular that was the best – fast drop, fast turn, pulled up high and tight on the face to keep going right and avoid everyone on the inside. Such a fun wave. Surfed for two hours. Basked in the sun. Went to Dharmas and stuffed ourselves with vegetarian food. I <3 Capitola. [caption id="attachment_4899" align="alignnone" width="850"] 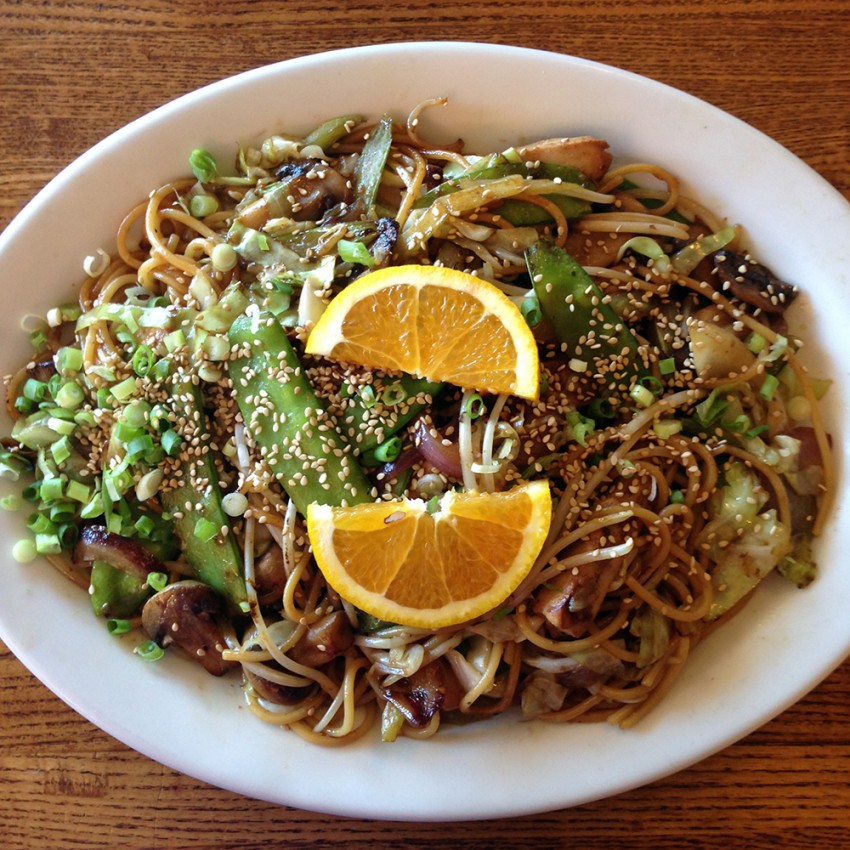