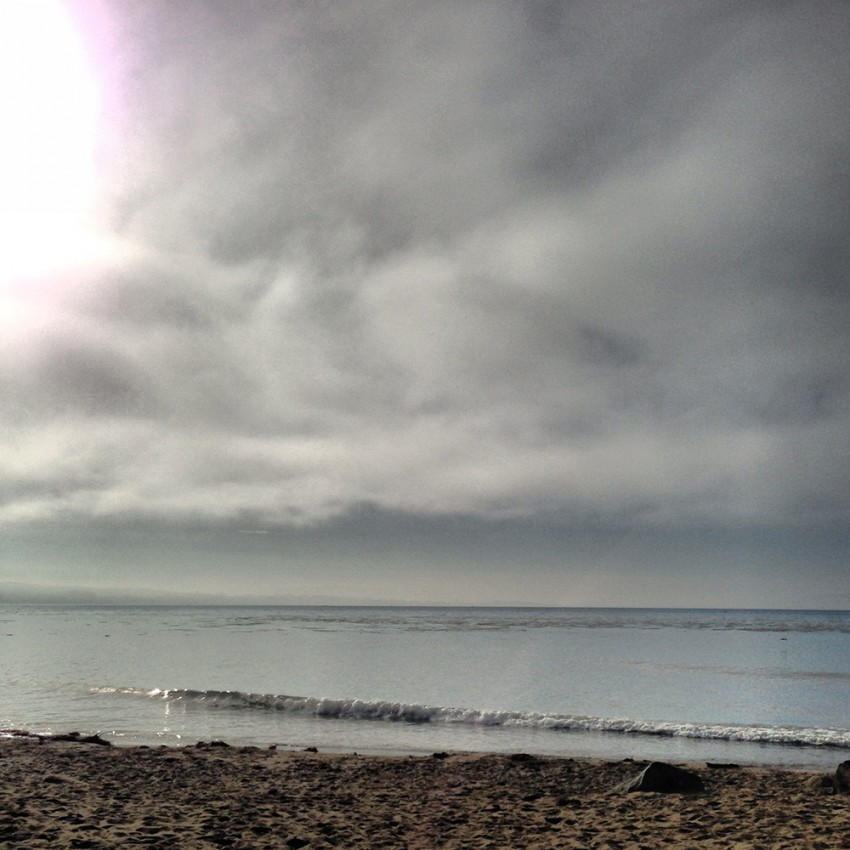 One of those beautiful Capitola mornings at the beach: solitary, marine layer clearing and sun peeking through, just a few people walking with coffee, some old timers chatting in the lot with their paddle boards. We arrived a bit later than planned and tide was rising past 3′. Max and I paddled out and joined just one kid in the lineup by 2nd jetty. Eventually a SUP joined us. Most waves were breaking right on the beach with the tide, but we still got a few fun ones! Chatted with a guy from North Carolina who had driven here to meet his buddy and was sleeping in his SUV and trying to learn to surf. Spotted a seal nearby. Almost half-way through, we realized we hadn’t paid for parking so Max paddled in to take care of it. Brought back a refuel banana. Yum. Surfed for another hour with some long lulls. It was one of those special weekday Capitola mornings where you have nothing else to do afterwards… relaxing and stretching the minutes. Near the end of our session, an unexpected larger set rolled through and Max got the first wave, which he later said was one of his best ever. He turned right while making the drop and zipped right on his new 8′ Junod B5D. Woo! I missed the first wave and had to paddle through the set but was perfectly lined up for the next wave closer to 2nd jetty. It was a fast, steeper right, I could see the curl just behind my shoulder, accelerated my mind to popup and turn fast and ride it high. The board felt so good under my feet. Max said he watched it from the outside, saw my head dip behind the wave, then pull up higher going right as he hooted for me. Super fun morning. The past day and half mini-vacation was packed with stoke.

#267 / 9:30am / 8′ Revolver
1-2 ft
[Regional Summary: Small blend of South swell and Northwest swell-mix prevails today. Better exposed breaks are running knee-thigh-waist high as top exposures pull in some occasional plus sets. Winds are light through town and the tide is dropping through the afternoon.]
2ft 11s SSW (194°)