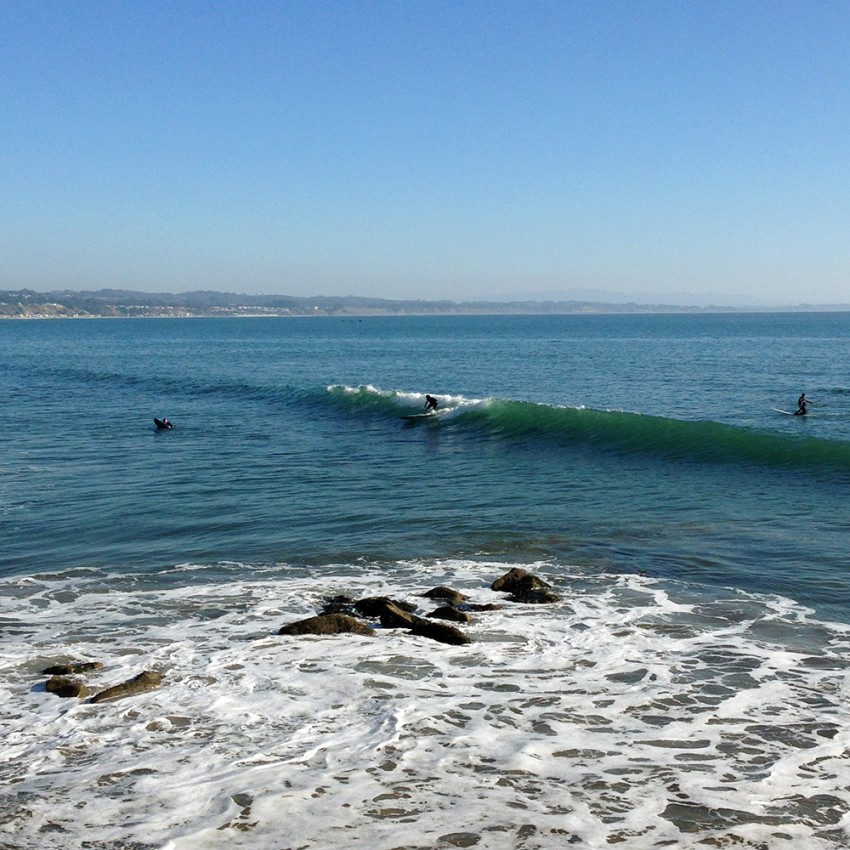 Fun sesh! Not that consistent with some lulls but the set waves were pumping. When they came, a steeper line came angling through. During surf check, we watched surfers catch waves or miss them as they didn’t break on the higher tide. Some getting caught on the inside when an outside set broke and reformed. Looked super crowded out. Set my expectations low today. Just wanted to paddle to the outside, find the right takeoff spot, catch that one good one. Sat on the outside, gauged the waves. There were long lulls between sets, which I didn’t mind after yesterday’s more rapid-fire sets. Enjoyed being out. Paddled for a few that didn’t pan out. Got several reform foam-blasts this sesh and a couple of fun short ones. One inside one that turned into a nice right. Max had fun catching inside rides on his blue Junod. Crowd was more chill today. Ditched the gloves and felt back to normal. At the end of the sesh, Max had gone in and was watching on the beach. I paddled to the farthest outside where the only surfer farther out than me was an older guy sitting on his pale green longboard. He turned around at one point and said, “I’m getting cold just sitting here.” Just then, the set started and he turned at the last second, paddled twice and caught the first wave of the set. I watched him swoop right, then left, then disappear behind the waves. Next one was mine. I moved into position for the next wave, watched it approach, then start to break at the last minute. A guy on his board shouted, “angle right!” I caught it, dropped through the foam face, rode through the whitewater all high on the surface of the water and finally went swooping right down the line. Such a long one all the way in past the cove. Max saw it from the beach and told me he was hooting when he saw it was me. Stoked. 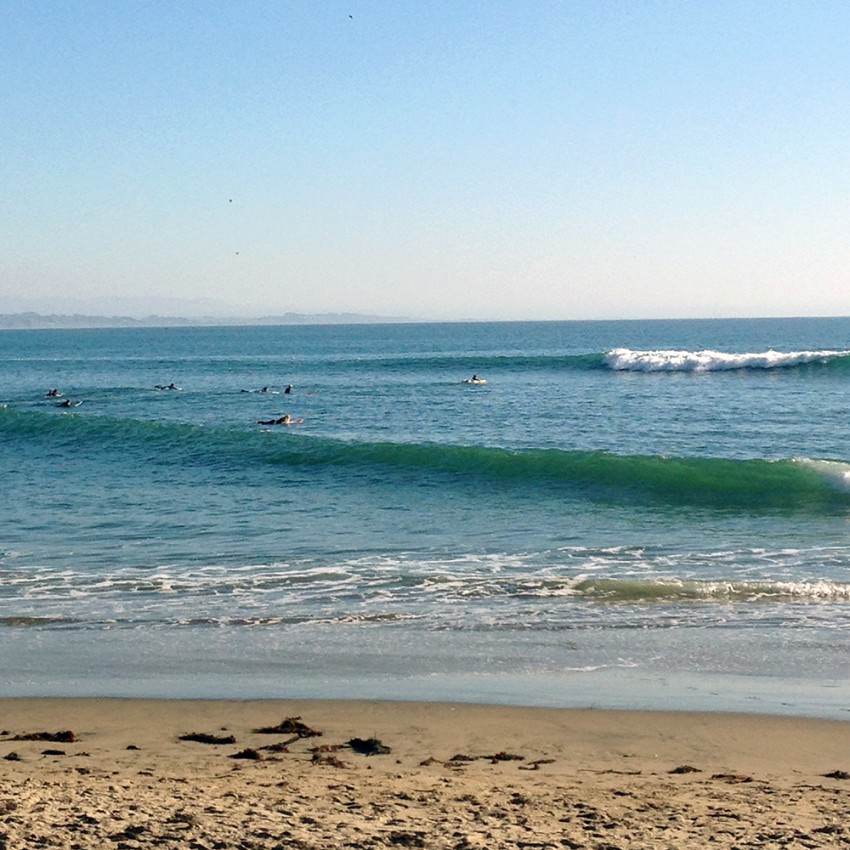