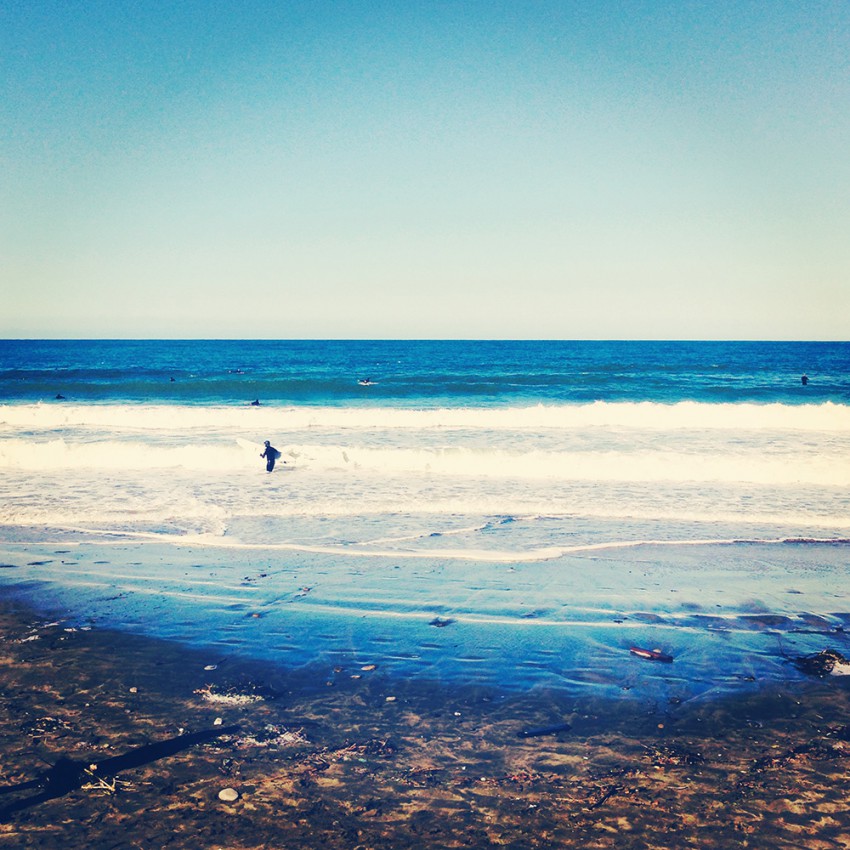 Didn’t drive down to Capitola today for the first Saturday in many weeks since it was going to be really small. Hello, Linda Mar. Looked so-so from land (texture and closeouts) but we wanted to get wet. Saw a possible spot among the hordes of weekend surfers to the north of TB. Waited to get out among the endless closeout set waves crashing onto shore. Finally paddled out and realized even the outside wasn’t really safe from the outside closeout waves. Kept paddling south. Had to bail my board once and narrowly avoided someone :( Kept going south. Finally, able to sit up and see what was happening. Mostly large, choppy waves rolling through. Too much tide? A shortboarder near me tried for some but the waves never quite broke. Saw Max walking up the beach to meet me. He’d been catching inside waves near the original spot. Waved at him several times to NOT COME OUT. Not worth it. Waited for a semi-lull and paddled quickly north and in, to avoid the rock-pile at the south end. Weird no-wave sesh, but still good to get in the ocean. Gorgeous, chilly but sunny day with clear skies. Afterwards, we drove from Pacifica to Outer Sunset. Beautiful views leaving one part of the ocean and seeing it again in the distance at Ocean Beach. Ate at LH (veggie wonton noodle soup and tomato tofu), then to Mollusk to buy our Gary Hanel Mollusk boards (WOO!). 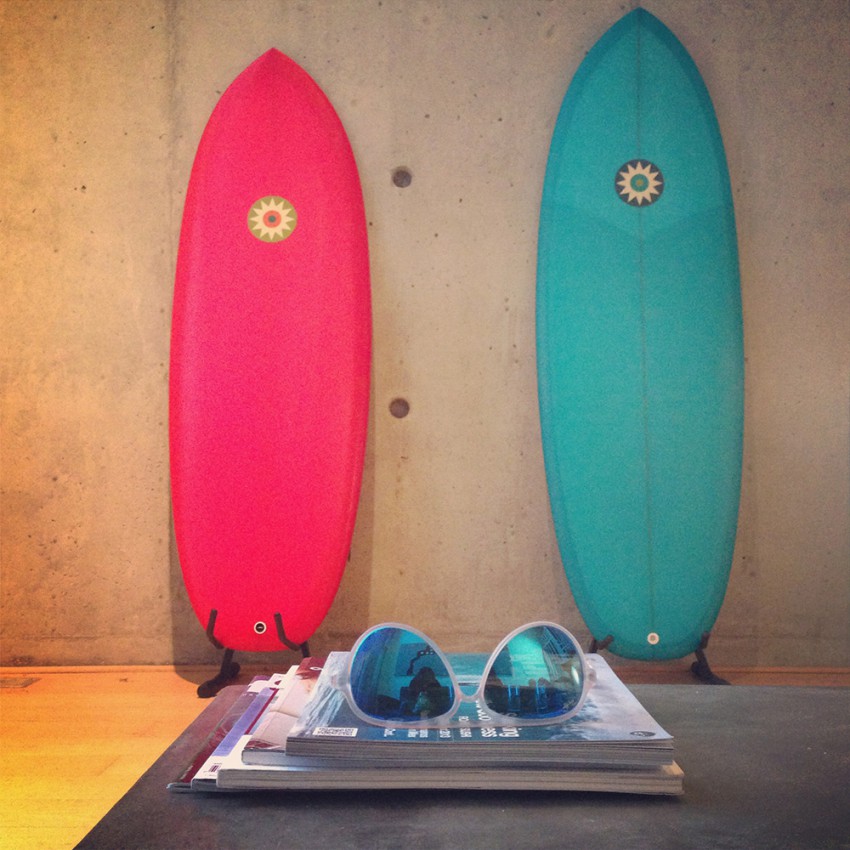