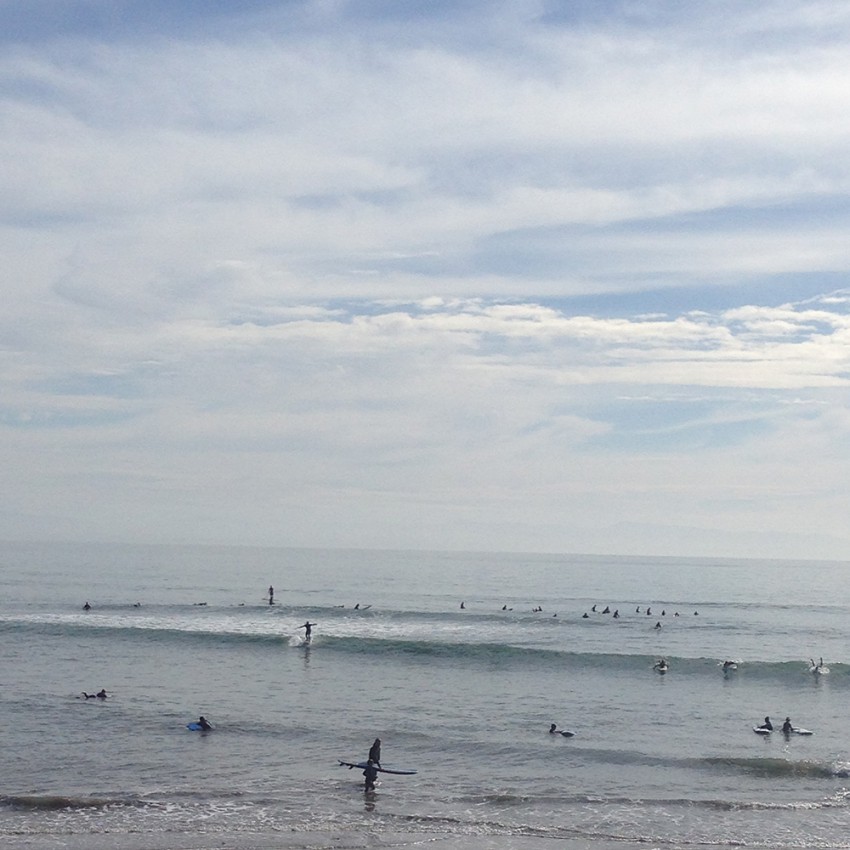 When the waves are perfect and the crowds don’t seem to impeded on any wave you want, it’s really pure fun. Smaller today than yesterday but still good speed and power. Got a really good one from the outside early on that kept going and going, through the deep section, reformed and got to pull up high. Later had another one like that and put my hand in the wave for the end section. Max and I got endless fun ones. We’d see each other paddling back out or at the end of a ride on the inside and hoot woo! So much beauty in these WNW sessions when the sun is hitting the wave as it breaks right and you’re paddling back out. Or making the drop, turning right and zipping down the line past other surfers on the inside while the wave steeps up next to you spray shooting off the top. Such good waves this weekend. <3 #309 / 1:45pm / 0′ rising / 8′ Revolver [Santa Cruz Afternoon Regional Update: WNW swell on tap this afternoon along with a touch of background SW energy. Good size prevails at exposed areas with waves in the head high zone. Top breaks run several feet overhead with larger sets possible, especially as new WNW reinforcements move in late. Light wind at report time along with a dropping tide that eventually reaches a -0.02' LOW just before 1pm.] 2-3ft 2ft at 14s W (277°) 2ft at 14s SSW (209°) 1ft at 11s S (185°)