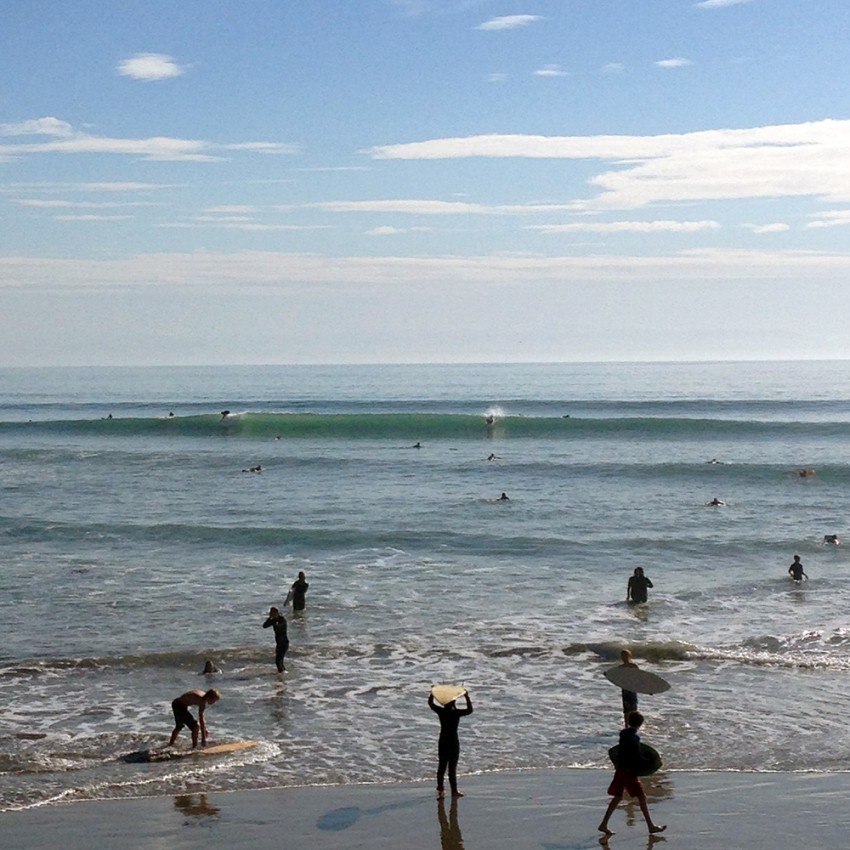 There’s been swell in SC this past week but we’ve been so busy at work. Watched the Mavs contest yesterday and saw those guys paddle into 40ft+ waves. Crazy. Stoked to drive down this morning and get a bit of this swell. Capitola was supposed to be 4-5ft on a WNW and it definitely was. Long, clean lines from outside of 1st jetty all the way down to the cove. Rights, lefts, shortboarders and longboarders ripping. Saw a guy on some kind of mini simmons do one of the best carves I’ve seen in person. Lots of water moving and the color of the water was so blue green from the sun hitting it from behind. I was cautious at first, not having been the water for a week. First paddle out was through a set with 5-6 waves. Steep, long lines that I paddled over, missing one and bailing my board. Whew. Glad to make it to the outside and decided to stay out there instead of getting caught on the inside. By the time I saw Max on the outside, he had already caught a killer one and he was stoked! My first one was short but a clean outside wave, with a steep drop. Made it, rode for a bit before it hit the trench. So much speed in the waves today. Powerful and fast. Two best waves were clean outside ones that walled up as they rolled in, with steep drops, made the takeoff and zipped ahead. Chance to do some turns, catch sections that steeped up again and cleaned up, pull up high, turn left, attempt a carve :) So fun. Even the ones off the walls of reforming foam were killer. Fast, steep drops and long rides that reformed so you could catch the next section. Max said it was his best session ever. He did turns, trimmed, almost had a head dunk. He’s stoked on riding his red 9’6 Harbour. Woo!