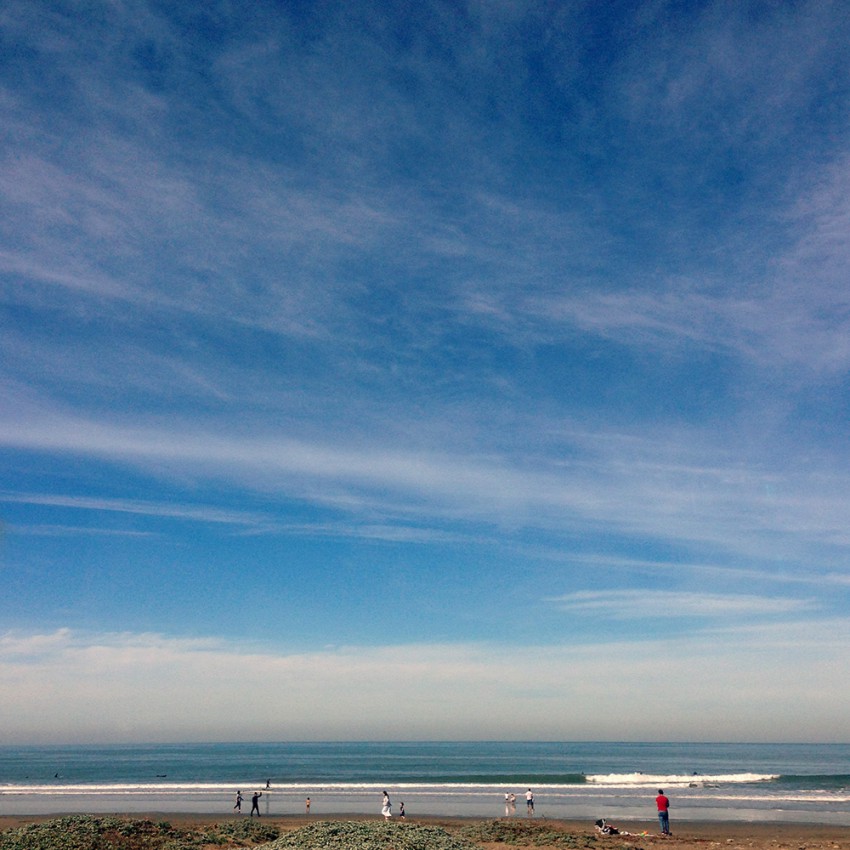 Supposed to be more size than yesterday on the same West swell but it looked smaller when we arrived at the beach. Looked like the south end was working with more lefts and less closeouts. Max was going out on his orange Mitsu for the first time since riding it in Hawaii. The glider is good but so big and not much rocker for the usual beach break waves here. I’m still loving my 7’4 Mitsven. So fun. Smaller crowd today when we headed out. It was super shallow so we made note not to come too far in or too close to boat docks where the rocks were totally exposed. Two surf kayaks out in the lineup. Never knew they had fins. One guy said they worked really well. Almost got my first one but angled too hard left and rolled over. Got a nice one after that with a fun drop and went right, then left. Ended the ride and tiptoed around the rocks to get back out. Chatted with the friendly woman from Brazil (?) who had been surfing for a year. We all got caught when an outside wave broke. I got pushed back but paddled back out and was ready for the next one. Got a sweet long left where I angled just right on the takeoff. Yew. After that, I had a sketchy ride too close to boat docks and my fin smacked a rock stopping my board completely and I dove off head-first into the shallows. Could see a big rock under the water as I propelled forward and could only think to put my hands out. Luckily, no injuries though my hands stung for a bit, but that was a close one. Recently realizing it’s the small weird, inside ones that are the most sketchy for me. Mixed session of a couple of weird kooky ones and several really good ones. 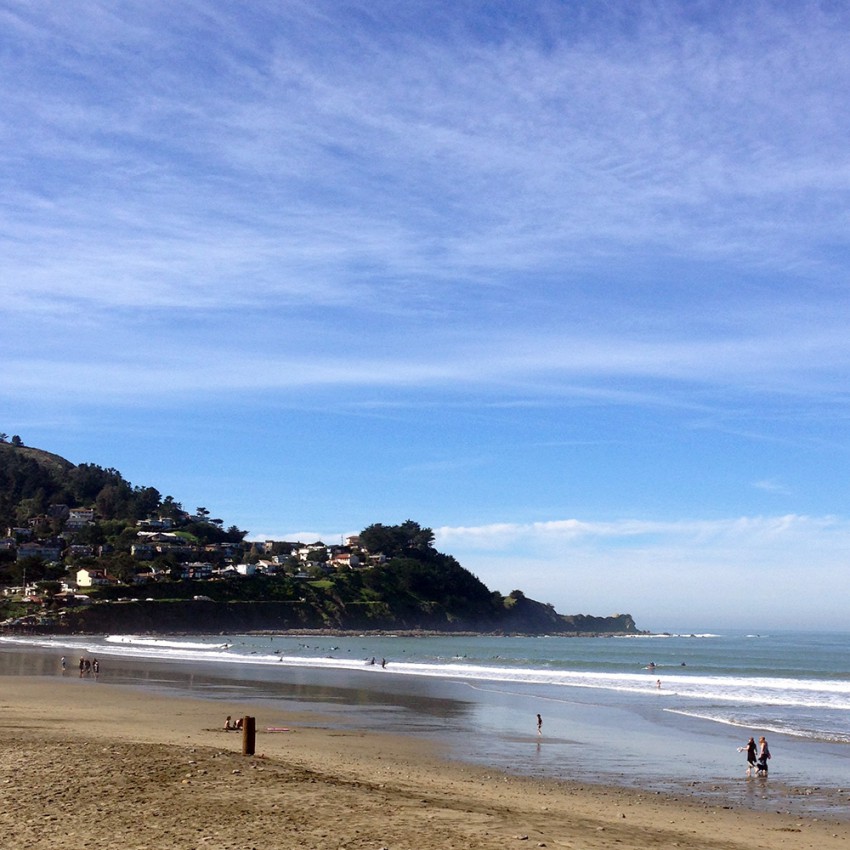 #385 / 12:24 (1) / 1′ rising / 7′4 Mitsven Egg
5-7 ft- head high to 2 ft overhead
FAIR CONDITIONS
Afternoon Report for SF-San Mateo County: WNW swell fades today, but is still offering well overhead surf to exposures, while best standouts are occasionally double OH with a few bigger sets. Winds are moderate from the NNE, still allowing for mostly clean conditions. Tide dropped to a 0.64′ at 12:25pm, and will rise to 4′ after dark.
Short-Term Forecast for SF-San Mateo County: Surf will slowly dwindle all day today, and continue to fade through the weekend. Winds may swing around to NW later in the afternoon.
7-8ft
8ft at 12s W (273°)
1ft at 14s SSW (197°)
1ft at 4s NW (317°)