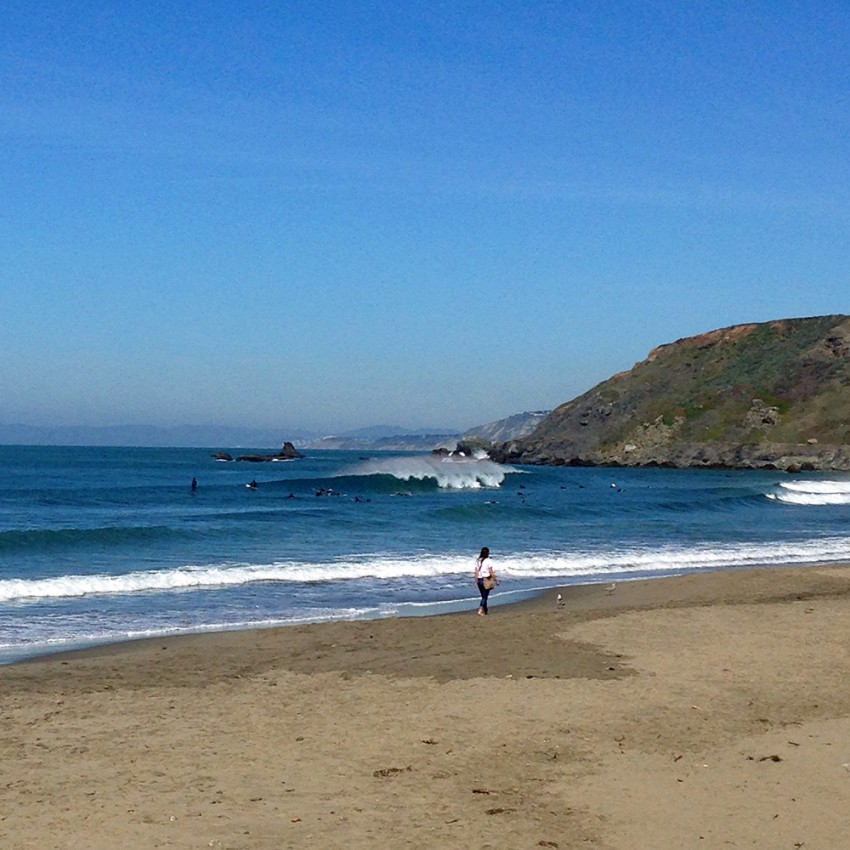 When we arrived at the beach. Should’ve gotten out there faster!

Arrived to a surprisingly crowded lot and beach. Was everyone playing hooky on a Friday? Saw the north end and realized why. That clean right and offshore and lots of shortboarders. Kinda tempted to head over there. By the time we ate and suited up, the wind had changed to the forecasted afternoon onshore. Texture to the water and the dropping tide/weaker swell meant waves were breaking pretty close to shore. Whatevs. Headed to the semi-south end. Max was doing his workout on the beach before surfing so I headed out first. Waited for some action. Was probably a bit far out but I didn’t want those inside ones. Wondered if a nice set might show up with an outside possibility. After a couple of attempts and repositioning, a slightly bigger set wave came through and I caught it, made a nice drop, looked left and right and realized I pretty much had to go straight with walls of water about to break on either side. Still a fun one to whet the appetite. Pretty jumbly out there but still looking for a solid line. Found another one with some potential to go right, then straighten out before the closeout section. Had a good spot to myself with only one guy on my inside right and another a bit farther south. Caught several more shorter ones. Couple of inside ones where you had to stand up fast and know react quickly to the ride cruising into shallow water. One double up that worked and found a little face to go right. Near the end, Max had gone up to the beach after bonking his foot and I called it a day too. Getting messier by the minute. Still, always happy to get water time.