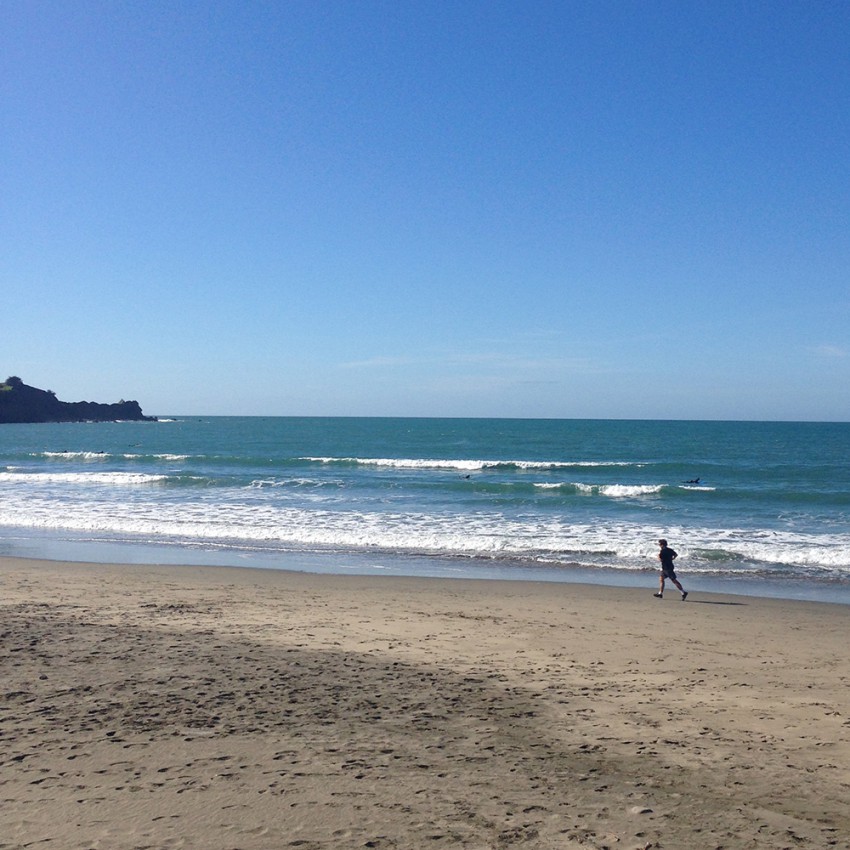 Tide was too low this morning so opted for an afternoon sesh in spite of some onshore wind. Pretty choppy everywhere. Max did his workout and hike and I hit the water. Really didn’t expect to get any waves since I didn’t see anyone get one while suiting up, but then after the first few minutes, caught a short, fun right. Fun gauging which wave was really a wave vs. just a fake-a-roo. Had a good left that went zipping by the guy to the north. Had a fast right that was going right into the sand and had to kick out and dive off. Managed to snag six waves in a lineup all to myself, except for a big pelican to the south, one guy to the north and some black ducks to my west :)