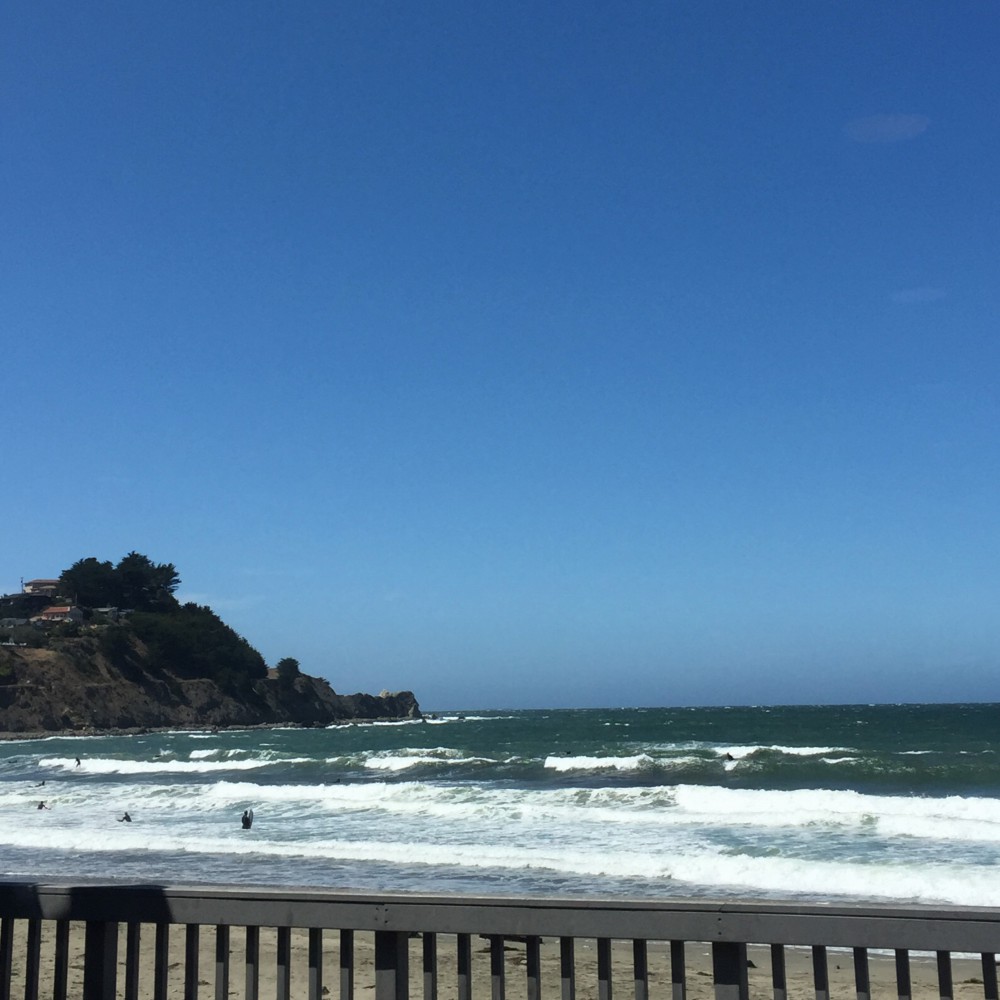 Knew it was going to be high winds again today, and slightly bigger 6′ primary so when we got to the beach and it was white-capping in the distance from the 20mph WNW wind and big rollercoaster jumbled waves rolling in, it looked just like I thought it would – totally cray. Psyched to get out there. Now the bigger, weird, jumbly days just seem like good opportunities to train. Get your head in the right space to find the best path through the sets, make it out there, line up to the right one and get a wave. Get your body in shape for winter when it’s not small and perfect but big and ugly. From one of the surf movies last night, the line that resonated with me is something like “when you find something that makes you passionate and happy, keep your focus on it.” To me these days, that’s surfing. Nobody other than Max even knows if I go out or not, and in that lies the beauty of a self-determined passion. I’m gonna do it because I want to. Today was about that and it was awesome. Max headed more north by TB and I opted for south. Paddled out through rolling, shifting waves and realized that it was breaking on the outside of where I was so I headed north to avoid that mess. Went north, then out (the fishing boat was still out there and seemed really close), then paddled through a big outside set. Popped over one wave and saw a surfer to the south; paddled over another big one and wasn’t quite sure I’d make it over the lip (and realized if I didn’t, I’d probably somersault backwards). Luckily, fast enough to pop through and over. Sat up and the surfer to my south said “that was the biggest f*king wave I’ve seen in an hour!” I asked him if he was getting any out here, but because of the distance and wind, couldn’t hear his reply. Waves rolled in and steepened and hollowed out, looking like they would break, but not quite. Love being that far out, with few others near me on these bigger days. Feels like it’s just me and the sea. The peaks shifted. I paddled farther south where it seemed like it would work. Saw a guy on a light green longboard at boat docks and saw him catch one. A woman paddled out and caught an inside wave and disappeared. I finally saw one I thought would work. Angled my takeoff, caught it and zipped down the face, going left for a bit before straightening out. Stoked! Didn’t take me all the way into shore so I turned to paddle back out. Glad I did because Max had made his way over here and was on the outside when I reached him. We chatted for a minute and then he went south to lineup for that left. One came through and he caught it all the way into the beach. An outside wave broke and headed for me, so I turned and caught the foamy reform in. An awesome sesh that can only be described as exhilarating. 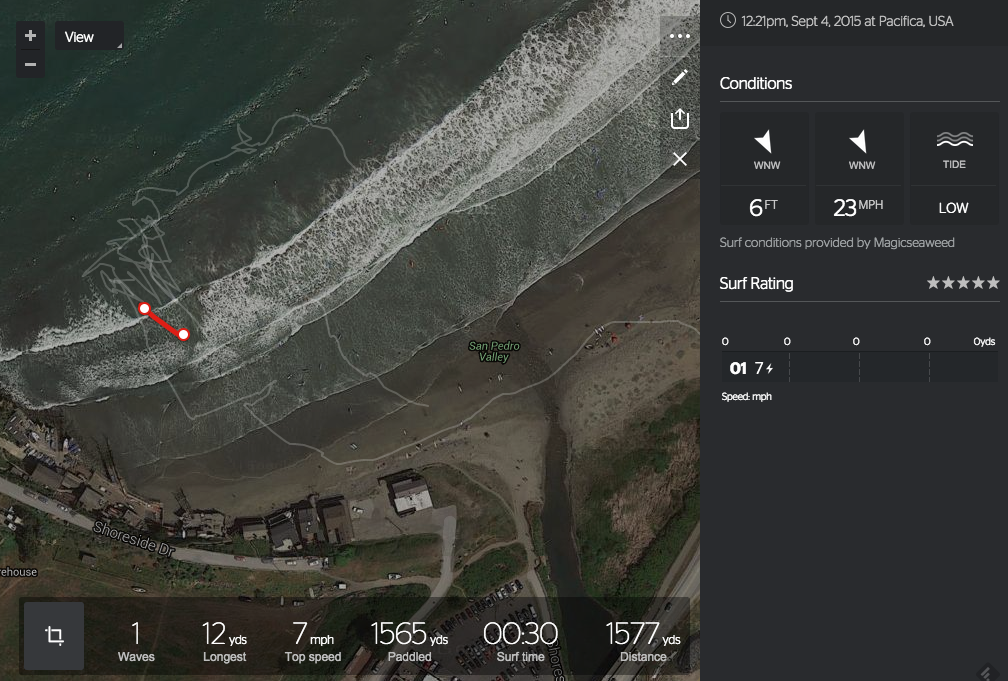