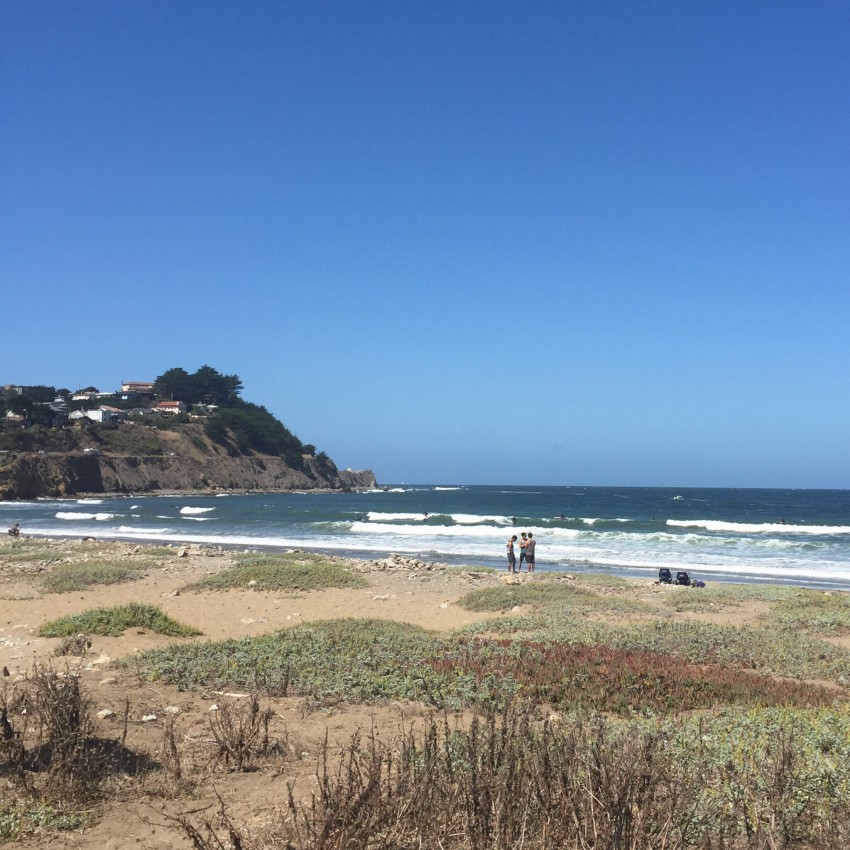 Windy with 17pmh WNW gusts. Looked pretty choppy and blown out, but we wanted to get out anyway. Max headed out with a boogie board and fins, while I opted for south of the stream where it seemed less jumbled and giant. Once I got out, I realized I was wrong and the south end was just as jumbly and steeping up everywhere. Tried for a few but they didn’t break but rolled towards the shore in big bumps. Still, kind of fun being the only one out there (except one guy to my north) and negotiating over biggish sloshy waves. Saw Max paddling out on his surfboard. Waved him to say, “don’t come over here” and headed more north over to where he was. He didn’t have any luck on the boogie board. I told him it was pretty whack out here. A bunch of surfers tried for waves closer towards the first house but I only saw one guy get a ride. Max paddled for one and got pushed in, then caught one on the inside. I watched as one shortboarder tried for a wave and almost got it. I moved a bit over and waited to see a line. Sometimes you can get these slosh-up ones. Soon after, saw one semi-line coming through, paddled and surprisingly caught it and went left, then straightened out into shore. WOO. Got one. That’s all I needed today.

Watch counted the one. Nice. 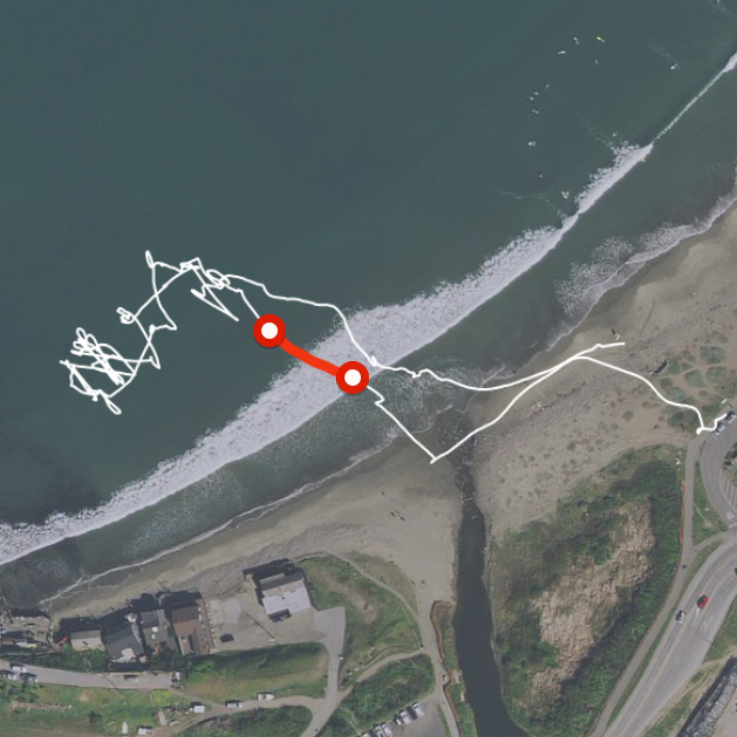 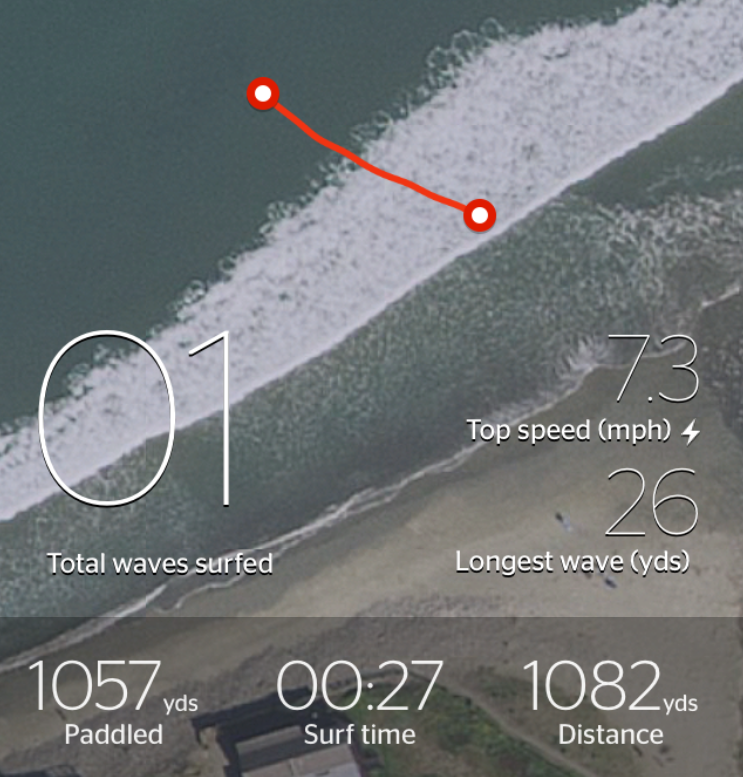