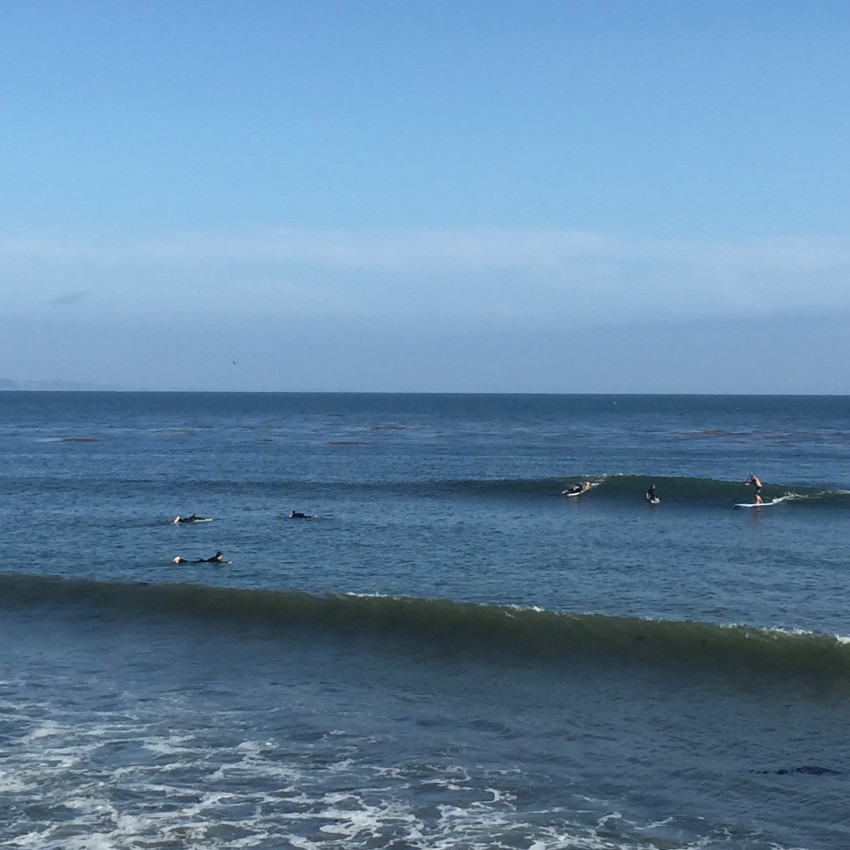 Mini surf trip down to Capitola for an evening surf, catching the tide dropping to 2′ at 5pm. SSW and WNW swell was expected and it didn’t disappoint. Arrived around 2:30 and saw the lines rolling through and breaking on the beach with lots of water backwashing. Went by O’Neill and such while waiting for the tide to drop. When we headed out a group of about eight surfers were out, including the Filipino (?) girl and her two friends, a few guy longboarders, and the older longboarder with the peace and flower board doing big turns and catching all the outside sets. Clean waves rolled through. Rare wind kept shooting water in my eyes. When we first paddled out, I had sunscreen or something in my eyes and they were stinging. Between that, the sun blasting from the west, and the wind, I couldn’t really see much but it didn’t matter! Max and I got a wave together early on and zipped right all the way down. After that it was nonstop lines, bigger set waves, smaller inside ones, all the while the current pushing us south away from the outside 2nd jetty lineup. Got some super angled rides. Today with the slightly bigger and much cleaner waves, I was trying to make sure I was catching waves deep at the peak. Sat on the inside of the older guy for a while and think one of the ones I got from out there was the 69 yard right. Clean set wave, peak shifting north, paddling just a few times to catch it… zipped down the line at almost 10mph. WOO! Max got 8 waves and was stoked to try shuffling up his board and got his foot up to the Koa logo. We just watched Wingnut’s movie again last night after not seeing it for years and were inspired by the amazing longboarding. There were a few really good longboarders out. The old guy got a ton of waves and I was impressed by his stamina, which outdid mine today. Not only that but he was always sitting farthest and deepest. Had an enviable power turn too. A dreadlock guy paddled out right as a set came through and he was farthest out. Saw him turn casually to catch it, fade, do some kind of carve to redirect and then shoot down the line all the way to Toes Over, where he hung out for the rest of our session with the Capitola Beach Co. class. Max saw him down there on the nose at some point. There was the blond guy on a light green board near the end as I was paddling back out – watched him catch it, turn and highline, then run to the nose and hold. As it is at sunset at Capitola, the surfer ripping down the line is backlit with the beautiful orange glow of the sun behind them. Water spraying as the wave breaks. Those ocean moments I’ll never forget. The epic rides. The moments in between. The total mind and body stoke afterwards. 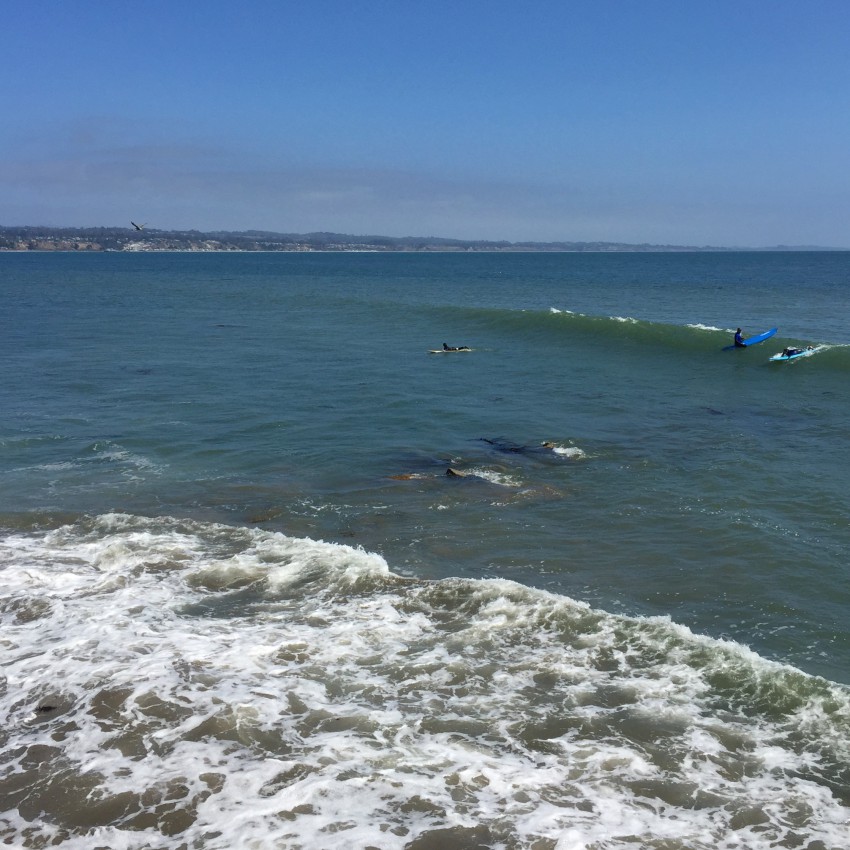 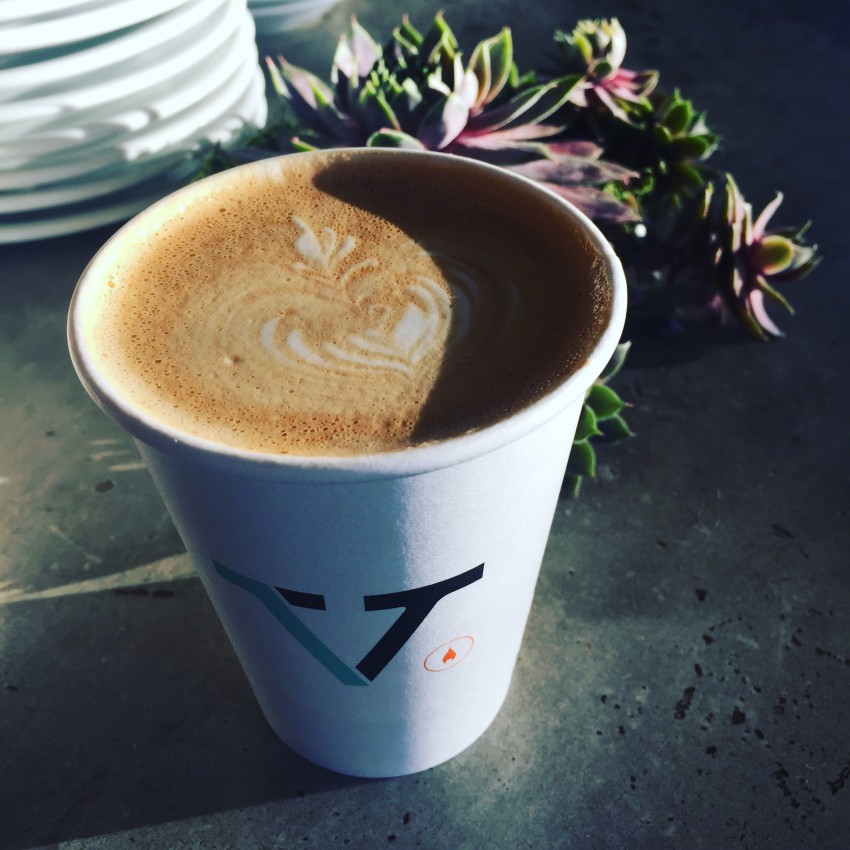 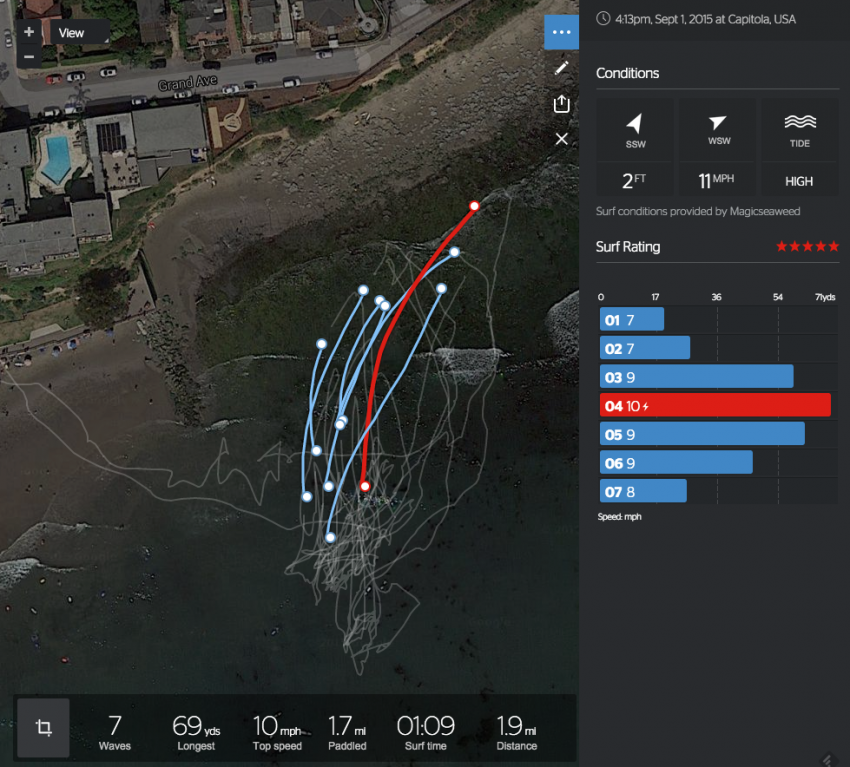