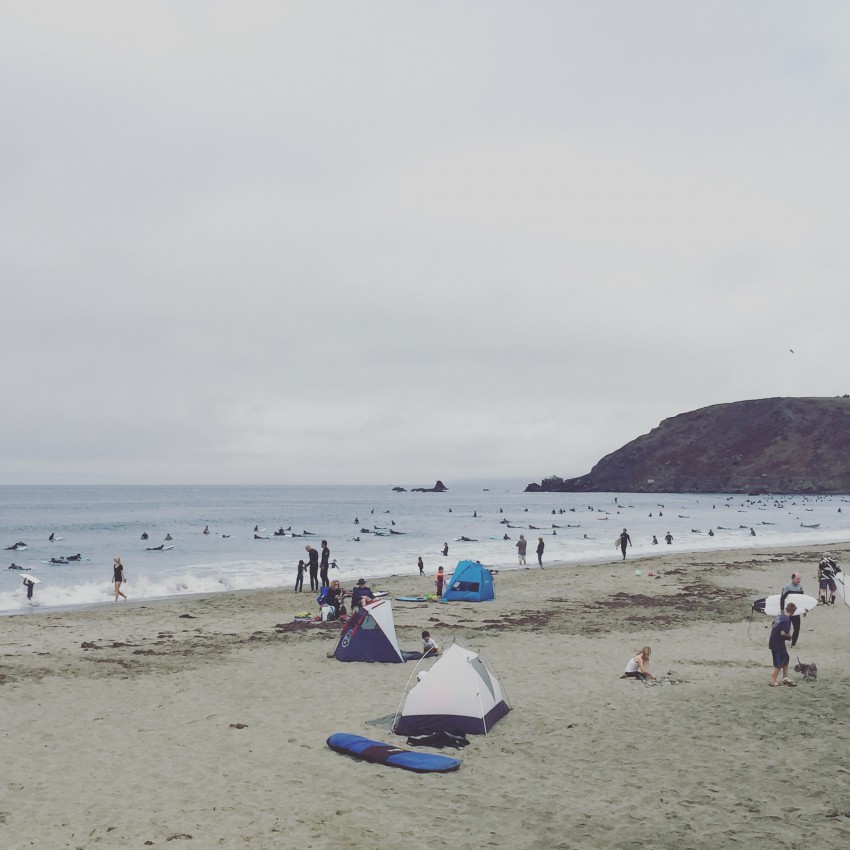 Wow, so stoked. Surfed 6 days since last Friday and have caught sooo many waves even on less-than-ideal days. The LM of the past seems to have been replaced by a super fun break where we always get waves! Unbelievable. As expected for a Saturday, the beach and water were packed with weekenders. It was a sea of foamies all the way until the pumphouse. So many old yellowed boards today too. It felt like everyone in the Bay area had come to the beach for a surf. Kinda love that about here. Overcast and foggy this morning and the tide was almost high, but you could see there were some good lines coming in. It was a bit slow and just not-quite breaking until shore on the high tide. Saw Greg and Karen as they walked by and at the bathrooms. “Going out?” I asked Greg. “Yeah, what the hell!” he replied with typical Greg gusto. Saw him out later and we hooted each other into waves. We took our time eating and suiting up. Watching the ocean, waiting for the tide to come down a bit. With all the surfers in the water, probably 90% of them were just sitting and not catching anything. Headed out just north of the pumphouse and really quickly found a spot to ourselves and started getting nonstop waves! Mostly lefts, but also a couple of speedy rights. Some of those lefts were so good. Easy to catch, angling all the way, fast drops, and zipping down the line, kicking out before shore. The medium sized ones were the best. The bigger ones closed out, though I did luck out with two bigger ones with a fast takeoff and steep drop. WEEE. There isn’t anything on land where I’m craving even more speed – certainly don’t want to drive fast or ride a motorcycle – but on the water on a wave, the faster the better. Max got a ton of rides too. At one point, we were the only ones catching waves near us. We made sure to pass up some waves too so we weren’t being too greedy :) To top it off, saw multiple pods (or maybe the same one) of dolphins in the distance and the whale breaching again. This week goes down as some kind of good karma wave week. So many fun rides even on days that looked like there was nothing out there. I couldn’t ask for more. 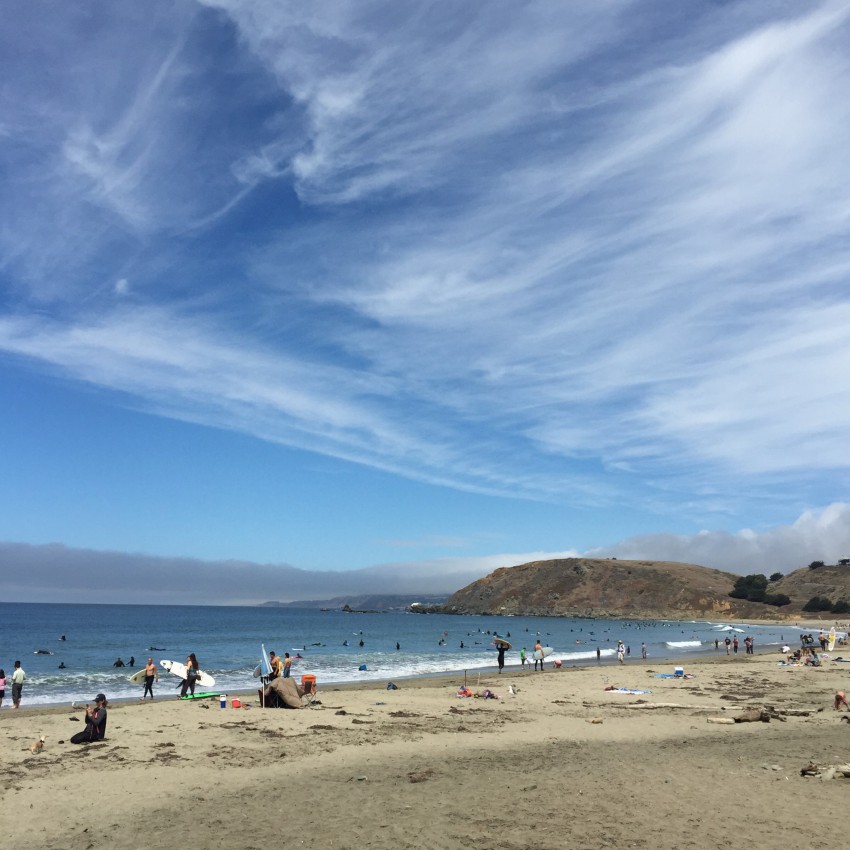 Watched counted 6 out of 10+ waves but luckily, it counted an awesome 69 yard wave, which is the new record for LM so far :) 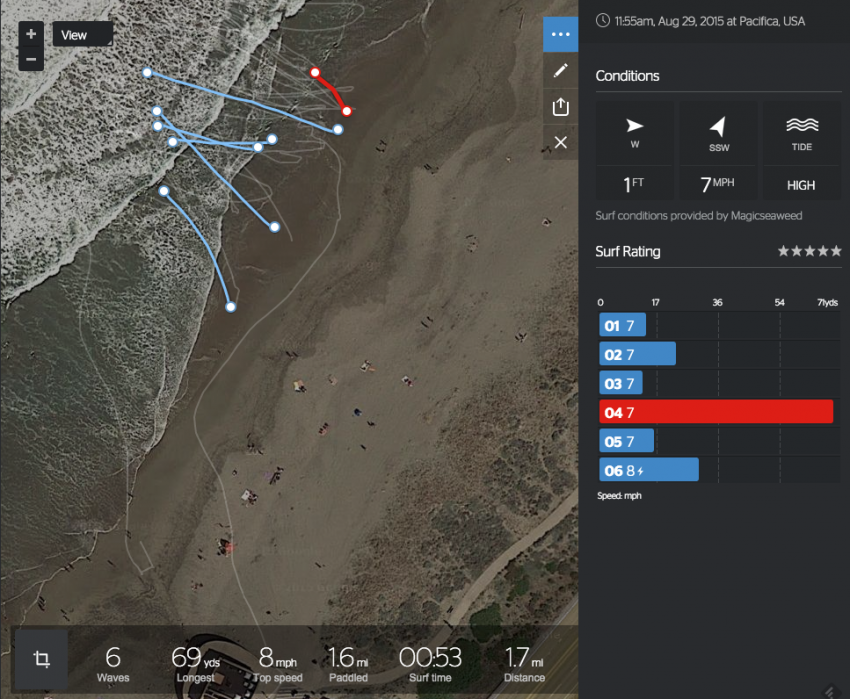