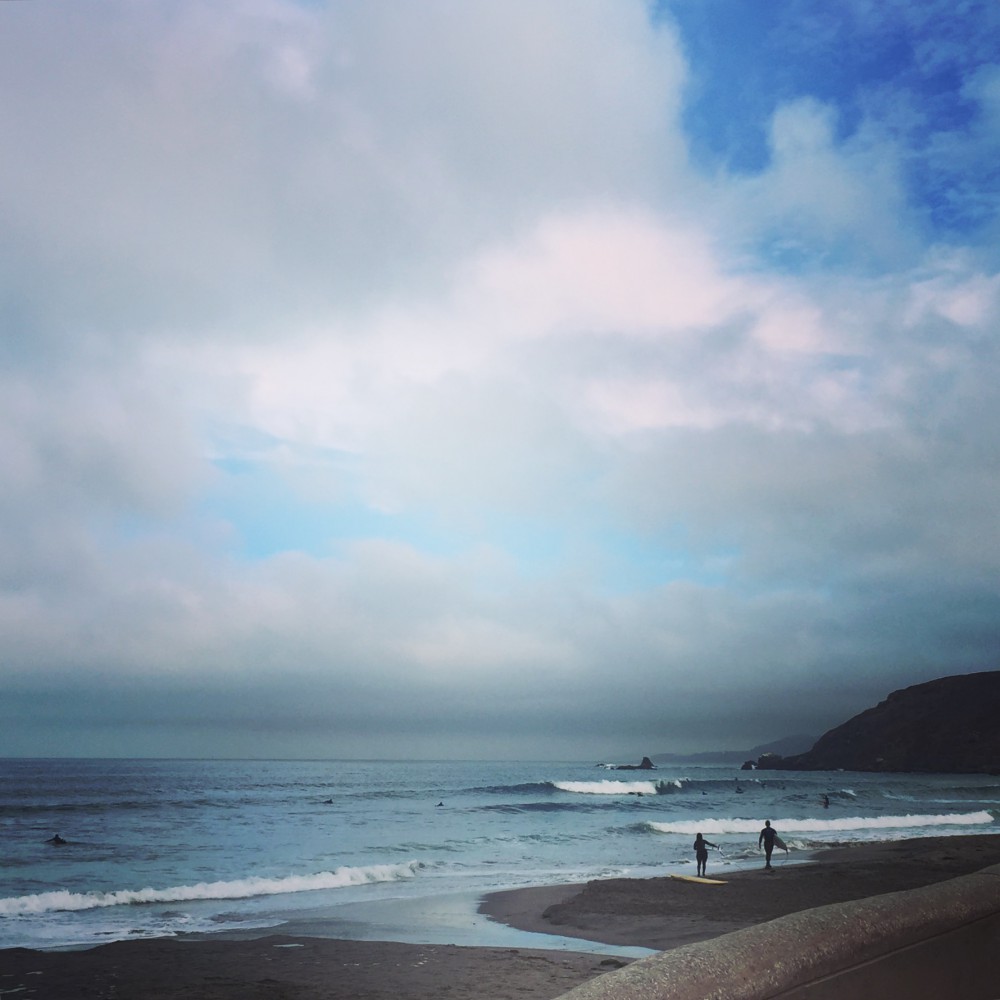 Spent the weekend going to open houses (and saw a place that was Max’s white interior fantasy). Forecast for this Monday morning called for offshore winds before increasing afternoon winds and some NW and SSW swell. Lazy last week with only two surfs. Slightly unmotivated this morning but got up and headed down hoping for good conditions. More tide with the blood moon and saw the eclipse last night. Tide was rising when we arrived and the north end looked good with that right and offshore spray, but quite a crowd, middle starting to close out, and south holding up but slower. Saw lots of shortboarders ripping. There were two surfers with Reef logos and a camera guy: one looked like Mitch Crews; the other was skinny and elastic and landed two air 360 rotations right by the beach – the first I’ve ever seen IRL and not in a contest. AMAZING. As we walked down to the beach waved first at Greg who was pulling into a spot in his van and Rick E. Headed out slightly north of TB. Hadn’t seen too many but one longboarder had gotten a few. Seemed windy when we suited up but once out in the lineup, I didn’t notice the wind at all. Turned out to be awesome. Caught a fun, fast left right away. One longboarder to my north who was getting rights. I got two more speedy lefts early on. Max sat to my south and got a bunch of fun rights. Rick E. came out later to our lineup. The bigger waves turned into closeouts. The medium ones, second of the set were the best. Almost nonstop waves too. Paddled hard to get back out and avoid getting caught inside during sets. Angled on every takeoff. Almost ate it once. Fast drops and some smooth turns. Such a blast!! 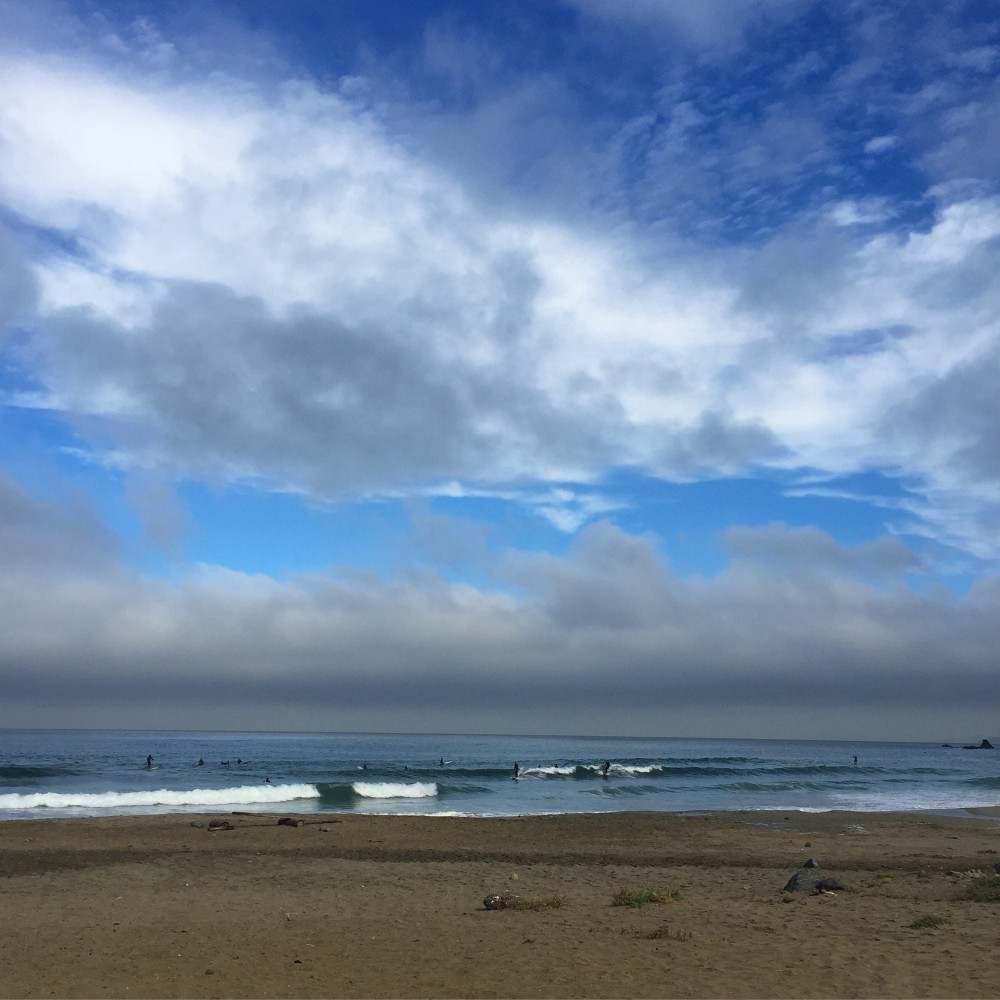 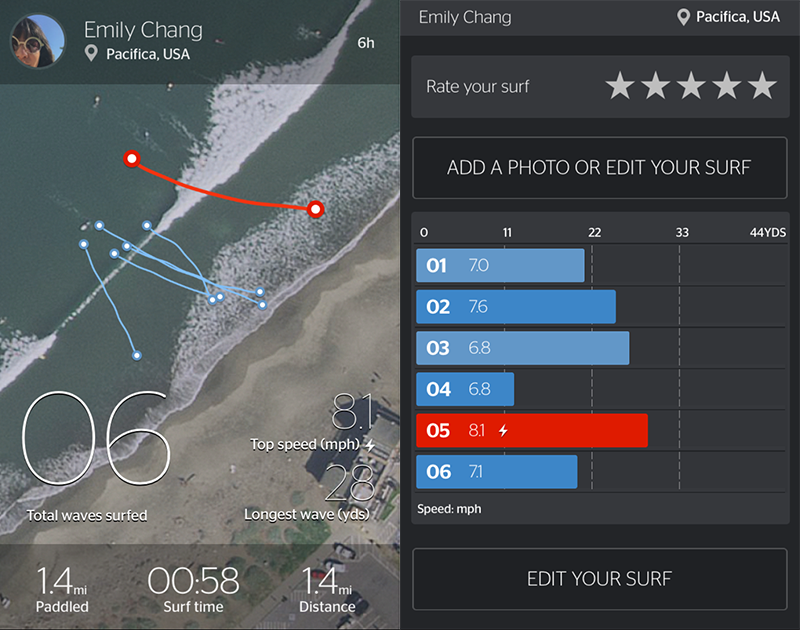