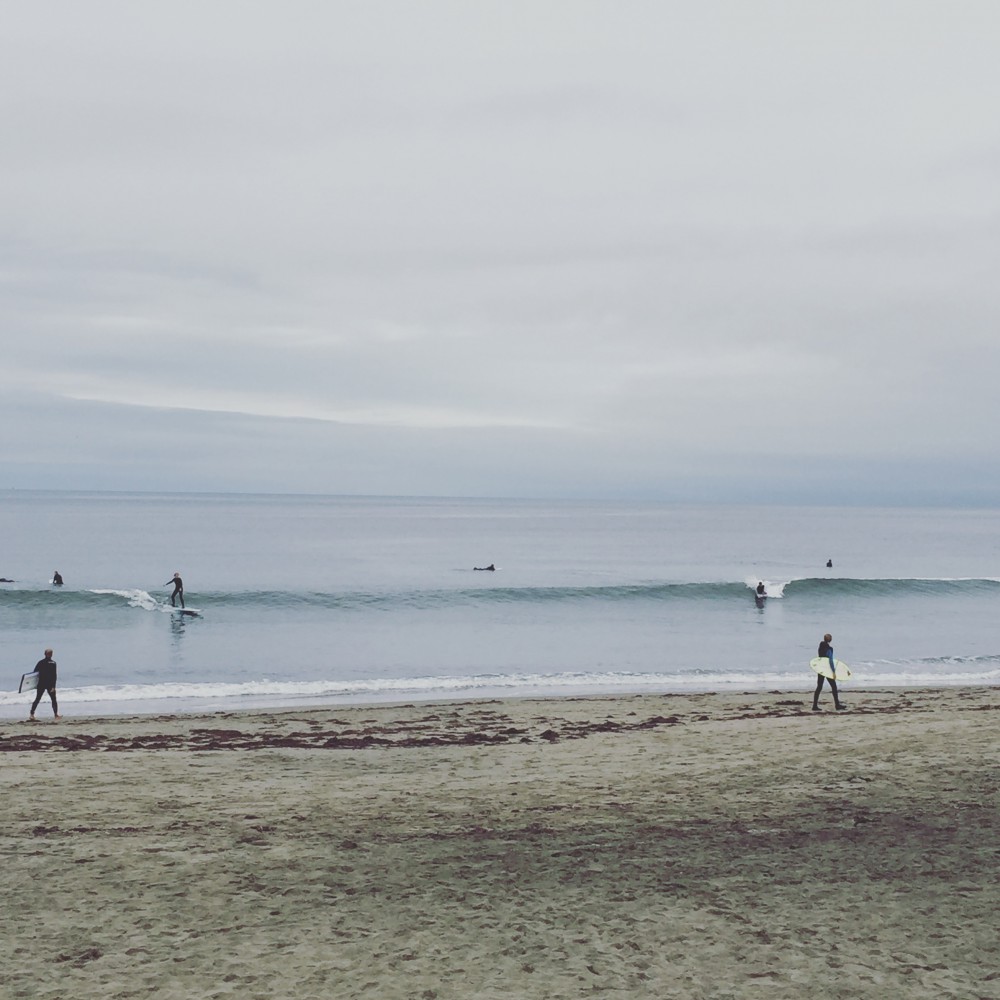 Arrived at the beach expecting big Saturday crowds with small conditions. Magically found parking upfront right away. Overcast skies and low wind made for glassy conditions. Tiny waves rolling through breaking on the beach. Suited up to head to the north end and stopped to chat with Rick E, Don and Poodle Bob by the wall. Rick’s supposed to be getting Max’s blank sometime today (yay!) and said once he had it, he’d probably shape it in a week and then get it glassed. Max told them Woody was fixing my buckled board and they were in disbelief. “Really?! He only does small dings, clean repairs… what? He’s fixing her buckled board? Wow, he must really like you! He wouldn’t even fix my fin. You must’ve used your lady charms on him haha.” To which I replied, “not really, but I did say multiple times that I knew he couldn’t commit to working on it, but could he just take a look?” Max and I had talked many times about the myth of grumpy Woody since Bob Leonelli had told us about him. When I finally called him last week, I had my story straight. “I know you don’t know if you can fix it or take on this job, but Bob said to give you a call. Somehow cracked it a couple of weeks ago on that offshore day. It’s my favorite board from Hawaii and it means a lot to me…hoping you can take a look?” This past Monday, I’d returned his call and left him voicemail. Max suggested I take the Mitsu on the Jeep in case he called back while we were there and sure enough he did and said “bring it by my shop and we’ll see.” We met him outside his shop in Sharp Park, showing him the board on the side of the street. I think he liked us when he saw our surf Jeep. He was quite a character and had a hard life as a surfboard repair guy, telling us his life story doing ding repair for all the Pacifica shops and getting ripped off. How he was sick of doing that and wanted to get the F out of this F’ed up town. Did a bunch of work for a guy down in SC near Manresa who was paying him $15/hr and started with 8 boards to fix a day, then 12, then 20. When he asked for a raise to $20/hr the guy said no. One night he almost drove off the rode coming back from SC on route 17 and decided, the hell with this, and stopped doing it. Now he’s getting social security and pension from his union jobs and can finally stop worrying about money for a bit and only does jobs he wants. Takes one job repairing a board and finishes it. He went on about board repair and it was obvious that this guy knew his craft. We mentioned we’d heard his rep from fixing Rick E’s new red board to the point you couldn’t tell it had ever been broken. “Yeah, that one was crazy. Somehow I figured out a way to fix it and get the red built up over layers…Rick didn’t give away my secrets did he?!” He looked at the Mitsu and said it looked like a fun board. Gave us the lowdown on what might be under that pink stripe. Max made a point to tell him I’d always hated the pink stripe and preferred that it was black. Turns out he had done a repair for someone else and done a black stripe. Good karma. Yesterday he called to give me an update…”yeah, like I thought the stringer is busted and needs a splint. Sanded down the pink on the bottom and there are multiple stress fractures. Somehow whoever fixed this last did a whole bunch of work but didn’t fix anything at all! If they had, we wouldn’t even be having this conversation!” OMG. I told him I believed him completely, that the extra $20 was fine with me and I was just stoked he was going to do it anyway. He laughed and said it might be ready by Monday. Back to yesterday with the beach guys, they couldn’t believe he’d taken the job. I’ve got some cred with them now. They joked, “maybe you should set up a stand here at the beach and be Woody’s go-between. You’re the Woody whisperer.” Hahaha. Max chatted with Rick and I talked to Don for the first time. Funny guy too. Previously I thought he was too loud in the lineup but now I think it’s as he said, “I’m old and I just like to go fast down the line.” He told me all the places he’d surfed. Spain: “San Sebastian? Yeah! They drink too much there. Don’t bring him (pointing at Max) cause he’ll be fighting everyone off. Girls surf topless there!” He rode a wave back in the barrel while a kid rode the nose in front of him. “I’ve surfed boards like that (pointing at my egg) back in the seventies.” Surfed Pipeline and got shot up on the sand on a small day. “You don’t need a leash cause your board’s going to end up on the beach!” Rick E. told us we should go to Byron Bay (in April) cause we’d love it there. Three mile sand bar, rights and lefts, outside cafes, and lots of spots to surf where you can get a two mile ride. Compared to what was on offer today – lulls, crowds and tiny waves onto shore, that sounds unbelievable. But then again, sometimes surfing isn’t about the surf at all but the people you get to know at the beach, and the great stories that span a lifetime. 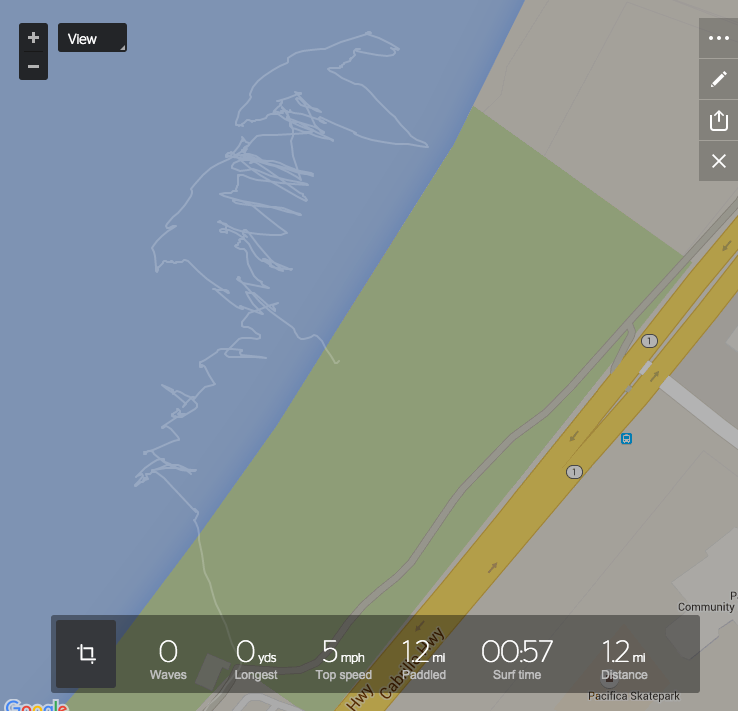