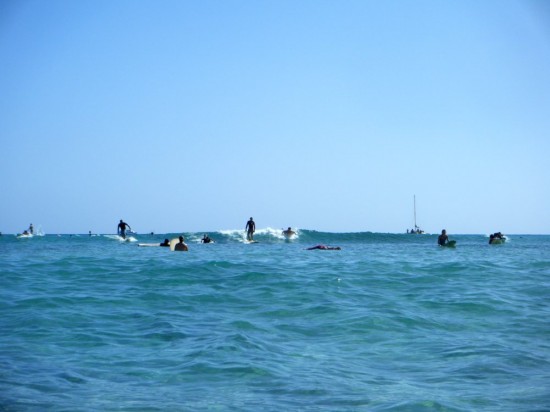 The waves were smaller today at Canoes and Queens was almost flat, but that didn’t stop us from having a great surf sesh. We hung out on the outside waiting for a good set. Several waves just flattened out, probably because it was low tide, but there were still some nice waves to be had if you were patient. I got three awesome rides from the outside and one small one in between reforms. It was a mellow crowd today. I saw another surfing dog, a little black dog with point ears, perched on the front of a girl’s board without a life vest, and he looked like he was having a blast like the rest of us!