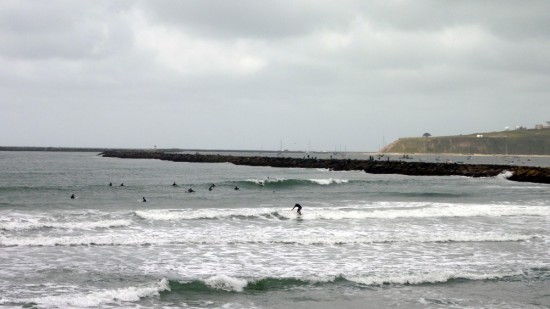 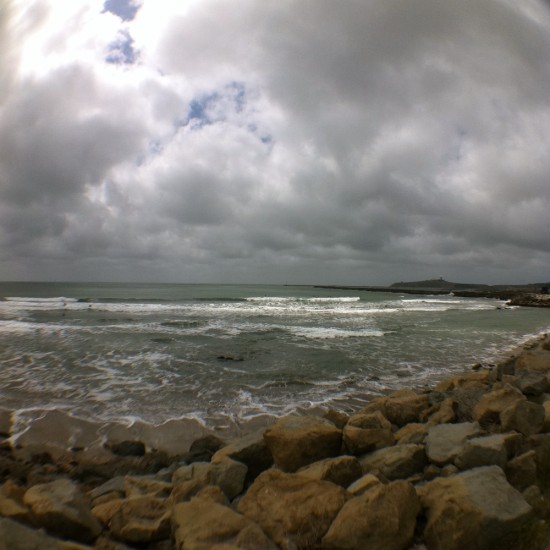 The weather in the Bay area has been hit or miss the last few weeks with storms and rain, making it bliss for snow-lovers in the mountains, but it’s been tricky to find the right time to surf between work and tides. This week has been extremely windy with 20mph winds in SF today, but we figured the Jetty was somewhat protected from the NW winds so we headed down as tide was rising. There was a healthy crowd already there with about 14 surfers near the north end and another dozen spread out along the breaks. The wind was blowing but not nearly as much as in the city. Still, it was a hood+3mm booties+gloves kind of day for me. Max and I found a good spot near the middle and caught lots of fast rides. Stoked.

REGIONAL SUMMARY: WNW(290-315) groundswell mixes with NW windswell and SSW energy for decent surf in the shoulder-head high+ range. Light wind early for generally clean conditions. Things become a bit drained as the tide drops to a negative low around mid-morning. Look for waves heights to come down through the day as well.]