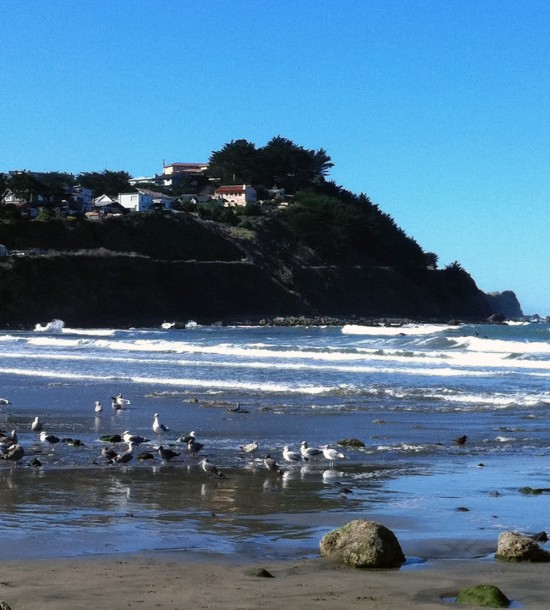 Earlier in the day when we drove by at low tide.

After watching the waves churning for a while, I turned to Max and said, “well, what do you think?” “It looks awful” he answered. Both the middle and north ends were giant and closing out. The wind was picking up and the rising tide created sloshy, crisscrossed non-rideable waves. Still, I really wanted to get out and thought the south end looked partially doable. One other surfer was heading out.

I realized Max was right as soon as we started paddling over rolling hills of waves. I was ahead of him and tried turning around to tell him to head back in, but it was too late and we had to paddle fast over incoming set waves that hollowed out and crashed overhead. We made it to the outside and sat up on our boards, but the wind was picking up and unruly waves were rolling through nonstop. During a short lull, we paddled north towards a few other surfers who were also trying to navigate the mixed, blown out conditions. No one was getting any waves in the big slosh. We took a short break and paddled in, happy to be out of that mess. We knew from the forecast that it might be windy, sizable with a mixed WNW swell, but didn’t expect it to be so poor. First time in a long while where I didn’t get a wave. Need to find the right tide/conditions/work balance! 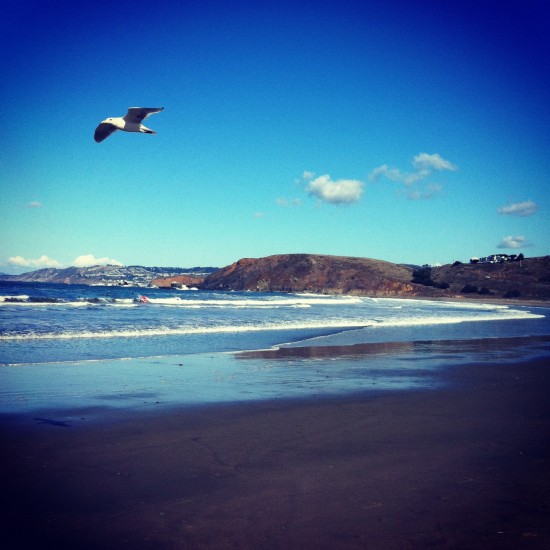 Pretty from a far...

[4-7 ft shoulder high to 2 ft. overhead occ. 8 ft. POOR CONDITIONS. REGIONAL SUMMARY:More size this afternoon as our new NW swell mix fills in further while small SSW swell mixes in the background. Head high+ waves are on tap at most exposed spots while standouts go 2-3′ overhead to nearly double overhead on sets. Winds are out of a northerly direction at the moment with fairly clean to jumbled up surface conditions.]