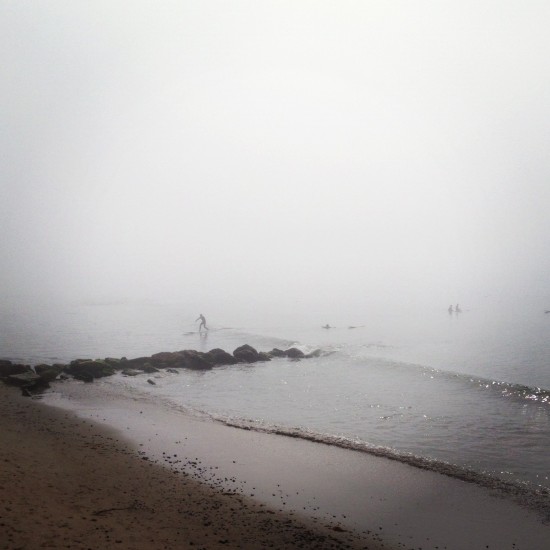 The sun was already shining this morning a few blocks in-land, but still shrouded in marine layer at the beach: one of those thick ones where you can barely see the surfers and there’s no visible horizon. Up on the esplanade, I could see a mellow wave rolling in and a handful of surfers ghosted in the fog.

By the time we ate and suited up, the sun was out. It was a relaxed sesh out in the water with two different groups of kids and a couple of instructors. Kids were having a blast catching small inside waves.

I got five super fun waves today and one of my favorites ever. I was chatting with Max during the lull and as the next set approached, I thought I would try for one more. Paddled over the cove, lined up to the peak, paddled in and caught the longest ride I’ve had there yet. That wave felt effortless. Such a surprise. Still feeling it. 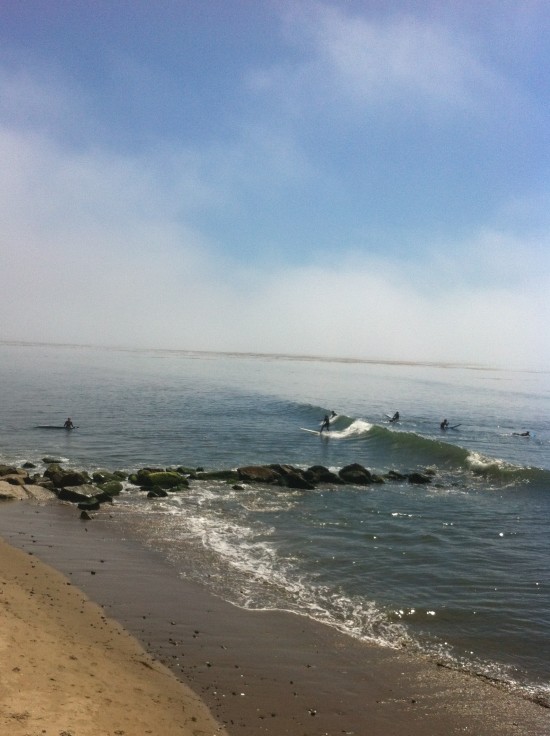 My first wave of the sesh. Photo by Max.