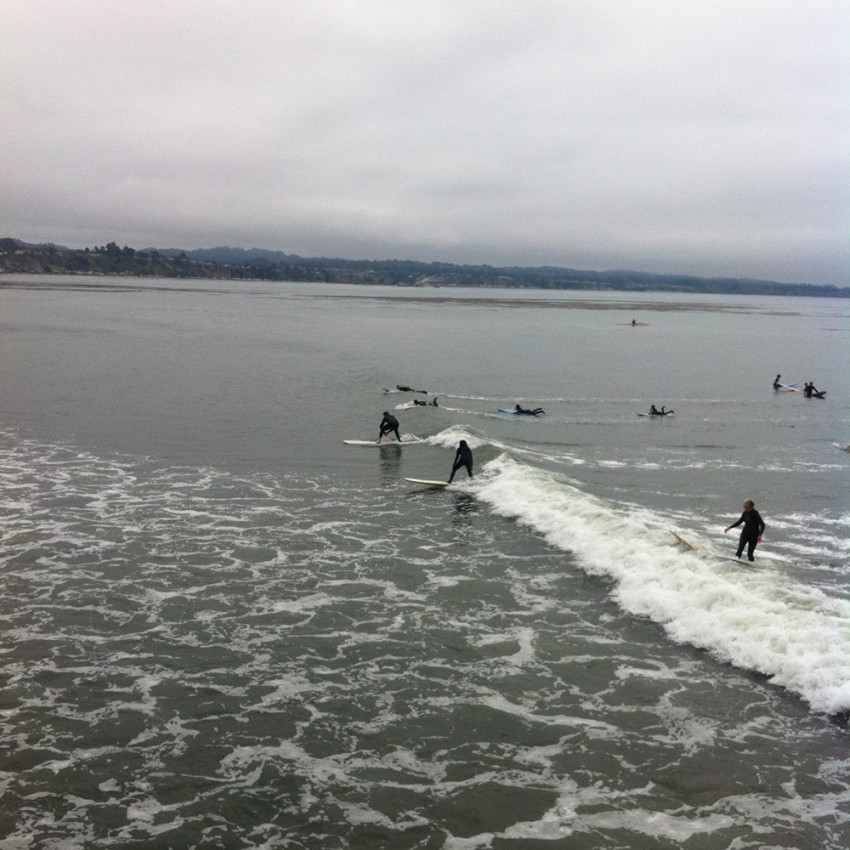 My first small wave of the morning! Photo by Max.

We got to the beach around 9:30am and were happy to see several parking spots still empty. The arts and music festival tents were setting up along the esplanade as I walked to the water to check out the waves: shimmering with a dark green sheen under skies gray with marine layer. Ooh, the set looked mellow but steady. Nice. Finished our coffee, had a banana and suited up. Before I paddled out, we listened to the ukelele band sing and play Over the Rainbow. Quite a pleasant aloha way to start a surf sesh.

Got three good waves today over by the cove again and shared the water with mellow surfers and a seal. Waves were smaller today than yesterday though there was still some nice force to the incoming set waves. Getting better at lining up to the best takeoff. There’s a big difference here vs. my old break, LM. Here, you can clearly see the perfectly shaped wave forming from the horizon and rolling in getting steeper. Whether you make it or not is up to your positioning, not whether the wave is closing out – it never is. It just rolls through in a lovely right, as long as you can catch it.