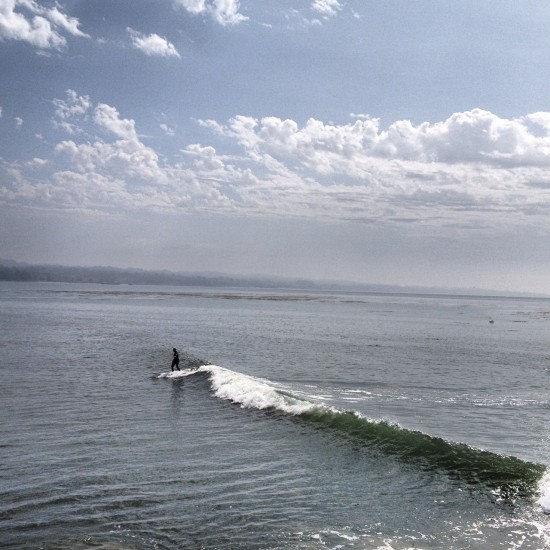 Nola on a wave

Relaxed and fun surf. Small waves that were easy to catch but with enough power to get a good ride right. Practiced turning faster on one wave, rather than going down the face before turning and had success! Board turns on a dime. Max got one of his best waves – high down the line. Love seeing his head disappear and reappear from behind the wave. The ocean felt great, the waves were easy to catch. Peaceful. Sun came out and we had the company of a sea lion in the distance and flocks of birds. Only one other surfer in the water, a friendly dad on a 8′ wavestorm on his day off. Stoked all around. Met Nola in the parking lot when we were getting in, the woman that liked our license plate and whom we’ve seen the past couple days and I had gotten some photos of. She was super friendly and positive.