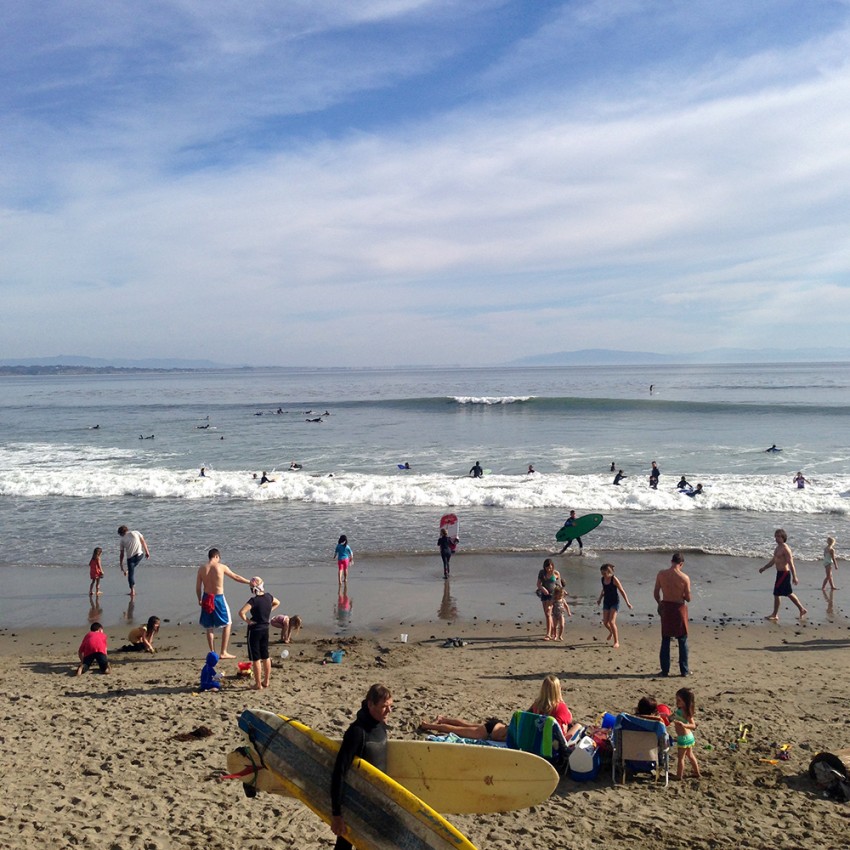 Two days ago, Max wanted to stop by Arrow to see if there were any used shortboards that were closer to his height. We saw a Santa Cruz Barney board which is the one I had originally wanted, but the rails were pretty dinged up so he passed. Stopped by O’Neill and the woman mentioned there was a used 5’9″ Biscuit for sale by an employee that was a great deal. It had a nice shape: wide and thick, short and hardly any rocker. Googled the Channel Island Biscuit on my phone to learn it was Machado’s model and extremely thick and wide like a longboard but super short and responsive. Intrigued! By that night, I was really wanting a Biscuit of my own. Has similarities to those eggs and retro boards I’d seen in the past online, but much shorter. Loved that it’s meant for small to head high waves (perfect for Capitola) and that you can ride one 3-6″ shorter than your height because of the volume and width. The mere thought that I could, in theory, ride a 5’2″ board that was a thick as my 9′ was thrilling. The next morning, Max called Billabong to see if they had a new 5’2 Biscuit in stock and learned that since it’s an older model, it takes 2 weeks to order. We did a surf check but it was pretty flat. I called O’Neill to see if they might randomly have one in stock. The girl that answered said, “no, but someone that works here is selling a 5’4″ for $200.” NO WAY. Met up with Chris (turns out he’s the guy that looks like Messina) after he got off work and bought the board. Came home, stripped the wax off and discovered it’s actually a 5’2″ – the one I had wanted. Crazy good surfboard karma. Still can’t believe that within 24 hours we found two Biscuits for sale just down the street for 1/3 of the retail price. Also sold my 7’3″ Superfish which I just posted last night on Craigslist. Capitola rules.

Couldn’t wait to take it out today. Supposed to be 1-2′ but with 16 seconds it was bigger than that. As the tide rose it went from knee to waist to chest high. To say the Biscuit was different is an understatement! Easier to paddle than the 6’6″ M10 but so much smaller than the 9′ that it felt like a boogie board. Sitting on it was tricky and paddling took getting used to. Hung out by 2nd jetty for the first part and paddled for a couple of waves. Got chonked by a steep wave during the incoming set. Haven’t had that happen in probably a year. It was so weird being on the inside again after being on the outside with my longboard for so many months. Spent the second half by first jetty getting used to the tiny board and just trying to find the center and practice paddling. Max had some luck on his 5’9 and got a standup ride. Later Ryan tried Max’s 5’9 and Max tried the 5’2, which he later said felt really good to him. Fun day in the sun with tons of people at the beach and in the water. Also, a real workout being on the Biscuit. It’s weird to be a noob again after feeling competent on my longboard, but it’s also intriguing – a fun challenge to learn a radically new board. Suddenly, surfing my local break is a whole different experience! 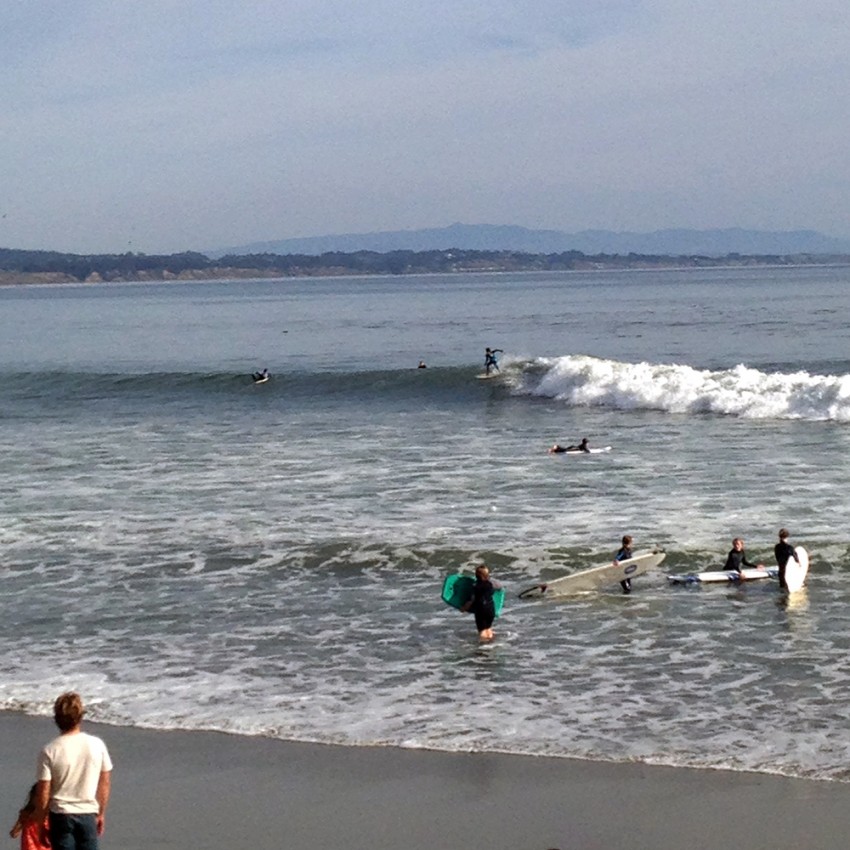