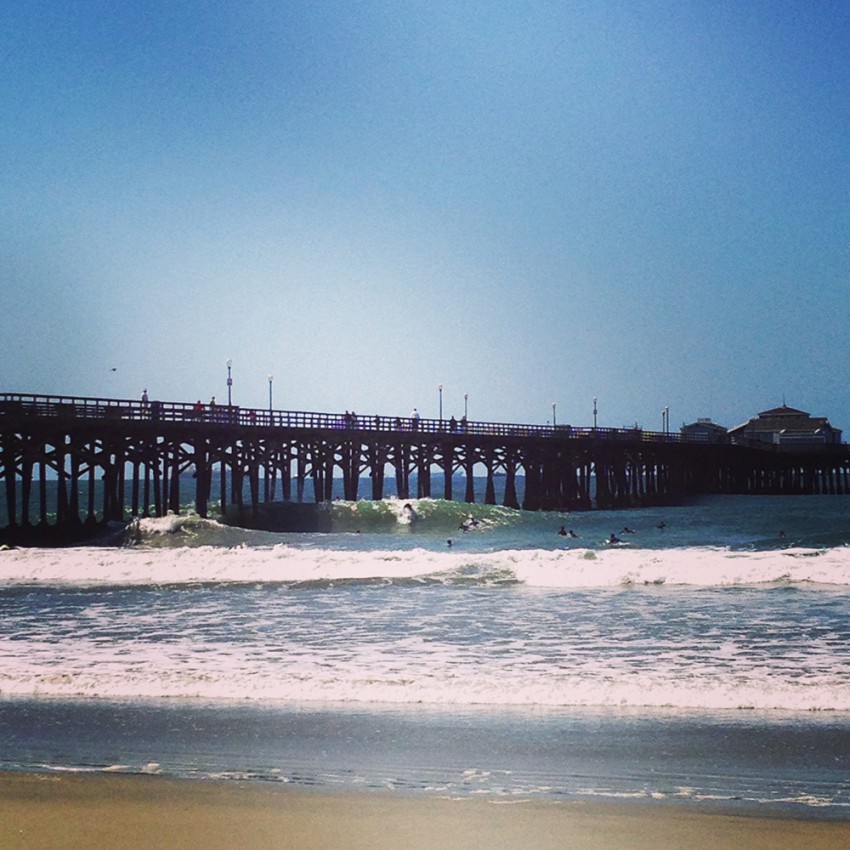 Wild session today at Seal Beach with 4-6′ sets at 20s. The shorebreak was huge and when we waited out the set before paddling out I counted at least 10 waves in the set. Johnny and the rest of the crew had just paddled out a few minutes earlier with varied success. The Swiss surfer was denied getting through the shorebreak but managed to get back to shore to wait for the lull. I saw Max paddling and barely make it over two waves. He was trying out a 6′ whale for the first time and that was quite the set to test it on! When a lull finally came, I jumped on the 5’8″ Sushi Fish and paddled hard to get out. After not surfing for 3+ weeks because of the move back to SF, it was a bit of a workout especially on a new super floaty board. But then with surfing there’s that magic that happens: that thing I love that kicks in where you immediately get stronger, more focused, more on the ball. Especially when the sets rolling in from outside the pier were long and large and not entirely predictable as to where they’d break. Johnny said the waves were last-minute waves and not breaking until pretty close to shore. Make that right onto shore as we all discovered. My several attempts at either a right or a left ended in being pitched off the front as the wave broke on the sand and I dove face-forward (head-covered, of course) right into it. Oof. Chewing sand. The longboarders seemed to be having an even harder time with the steep short waves, boards pearling into the shore and shooting skyward. Of the seven of us out, no one had a wave long enough to ride. There were times it was sketchy with lots of water moving on the outside and closeouts onto the beach on the inside. Current pushed us all past tower 3 so we had to keep paddling towards the pier to stay in position. Also kept a wary eye on the pier for the next looming set. Found my balance on the fish soon enough and was paddling well for waves even though they didn’t quite materialize. Max had a close one onto the shore with a tumble that left him deaf for several minutes. Scary! Even Johnny got the wind knocked out of him on one wipeout. At the pier, we watched the crowd almost get barreled and steep wedges jacking up from the other side of the pier and all down the beach (or onto the beach on some closeouts) in pretty shallow water. Wow. I’m stoked to have gone out and gotten back in the water again. Especially since the prior two days in Seal Beach were without surf and yesterday was drizzling and blown out. Had breakfast at Nicks with Michael and the guys (Johnny, Jack, Colorado John and the visiting Brit) instead. Day before we saw Mikey again and he was his same awesome self, except for his pinched nerve keeping him out of the water. He also had a newborn baby boy so we didn’t get to surf with him this time. Hope to get back to SB and get some coaching from M&M with better waves and more water time soon. 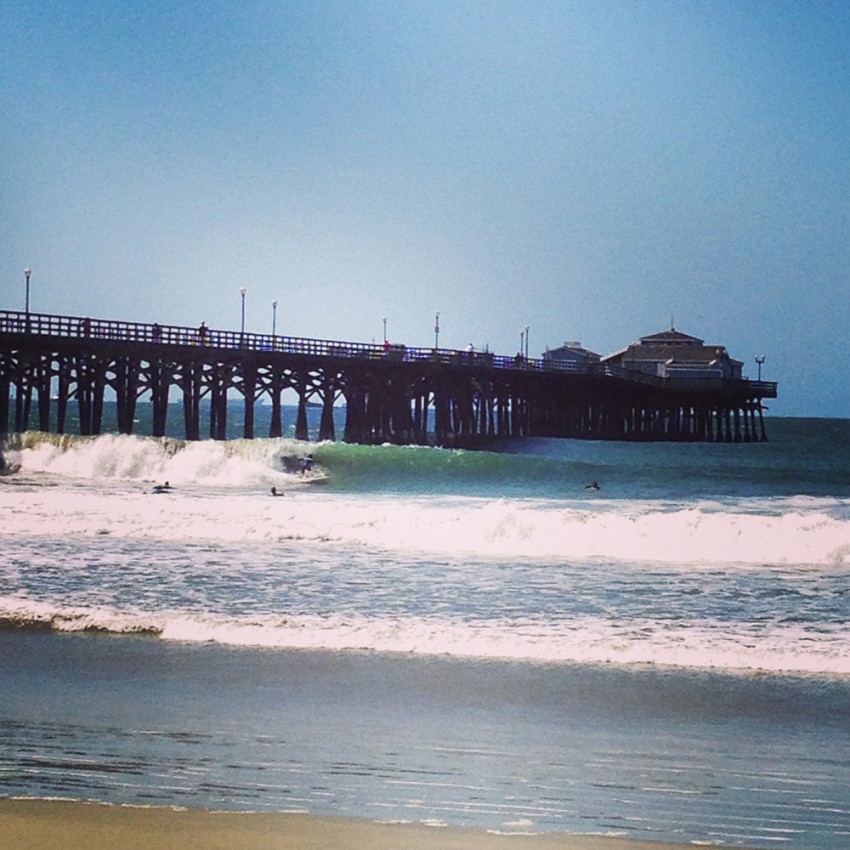 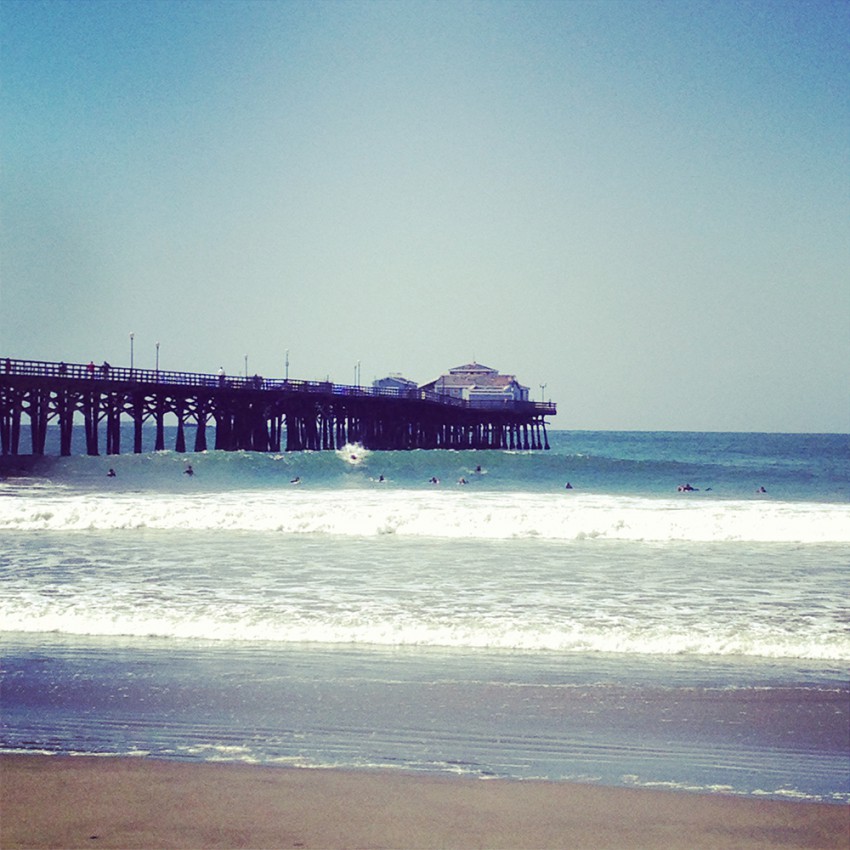 #228 / 9am / 5’8″ Fish
[Regional Summary: Long period S (190-175) groundswell continues to fill in this morning as NW windswell has pulsed back up. Surf is generally running waist-chest-head high for better breaks through the region, with occasional slightly larger waves/peaks for select spots in the overhead+ zone at times. Conditions are jumbled/mixed-up thanks to variable onshore flow, but shape is peaky for the combo exposed breaks and there are still some rideable corners to be found.]
2-3+ Fair
2ft at 20s S (175°)
1ft at 5s S (177°)
1ft at 6s W (266°)