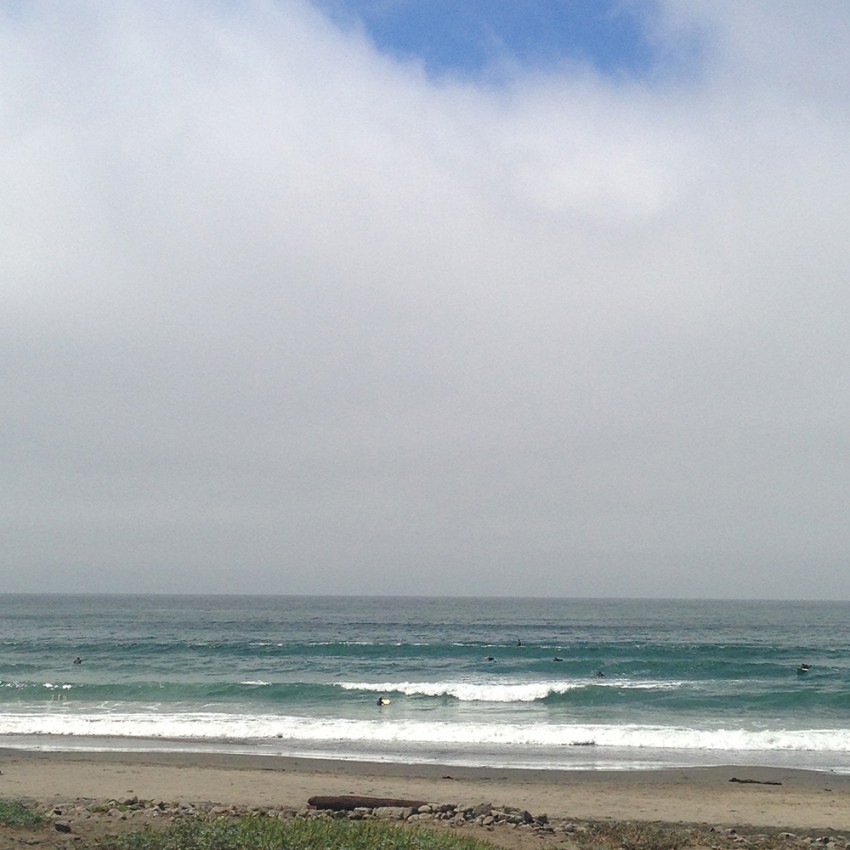 Stoked to have gotten waves today on a NW windswell. First time surfing Pacifica again since June 29, 2012! It was around this time last year that we moved to Capitola after going down there to surf to avoid Pacifica’s NW winds. Now we’re back. Gotta appreciate life’s irony. Time flies but it’s also had an intuitive rhythm and flow this past year. We pulled up to the lot today and kind of chuckled at the windswell conditions. North end was closing out (one guy got a screaming right, though), pumphouse had some here and there but kind of pitching (didn’t see anyone catch one there). Opted for the south, lined up to the tunnel. I didn’t expect to get any waves given the mixed conditions. But just after paddling out, I saw one rolling towards me, turned and caught a surprisingly fun left. Got a few more rights mixed in with swooping up and down waves that jacked up again neared the shore. Current was pushing us constantly north and it was fun to have to keep paddling south to stay lined up. Older surfer on the yellow board was the best one out there. Always lined up to the peak, catching long rights. Saw Max get some awesome ones on his new 10′ Bing Levitator, including one long right all the way in. The rides and the paddle-outs were rodeo-style with choppy conditions and lots of spray on paddling over waves to get back out, which made it all the more fun. To catch perfect Santa Cruz waves is one thing, but to catch beach break waves when you least expect it and have to work for it is another kind of awesomeness. Re-found my love of LM today. Inconsistent waves, fog and wind? I’ll take it.