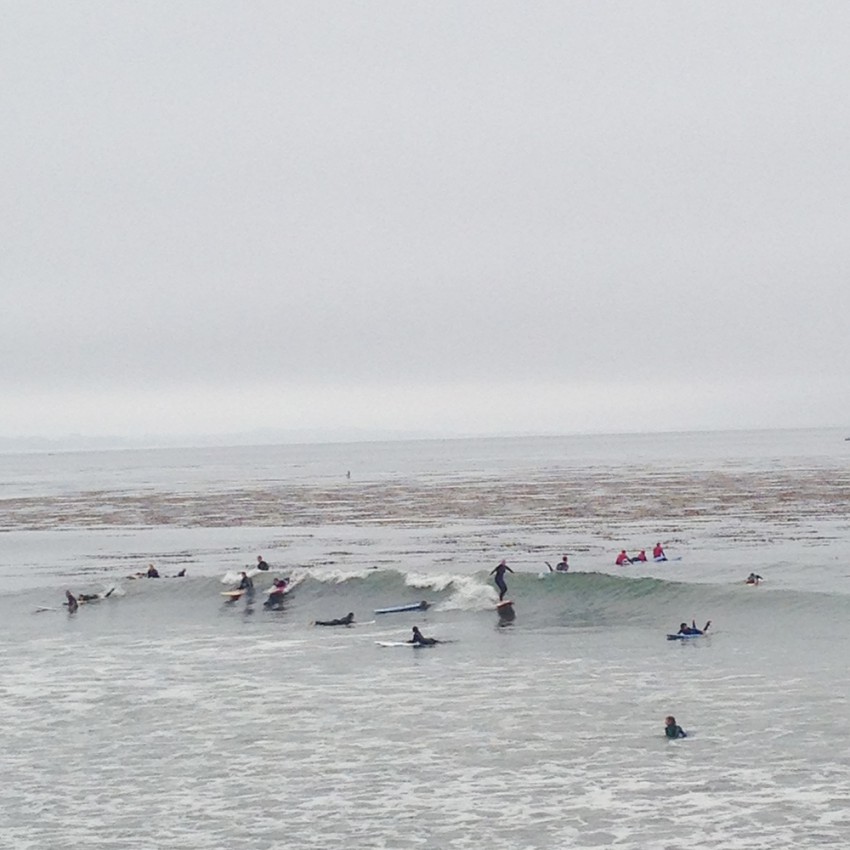 Nola getting a left through the crowd

After yesterday’s fun in Cap, we wanted more and got to bed early, got up on time and were back at the beach by 10:30am. Lucked out with a beach front parking spot as we first pulled in. The Aloha band was playing on the esplanade and tents were set up for the Art & Music festival. While the drive down was sunny, marine layer was hovering on the coast. I’ve actually missed it since living here last year. The slight SSW swell was continuing and the lines rolled in by the kelp on a 2′ tide. Saw Nola out there on the outside waiting for her wave and saw her catch a left and navigate through a big crowd of Sunday surfers. Woo! Paddled out and found a good outside spot to the right of the class and lined up to 2nd jetty. Got a bunch of really fun rides and a couple that were straight-ahead rides because of surfers to my right. Got a crazy one where I had already caught the wave, then pulled back to avoid a guy going left, waited for his board to pass below mine as I held it up, then laid down and caught the wave going right. Lots of waves in a short period of time. Max had a guy run into him going left and his same left knee got hit with the guy’s board. Ouch. Got out of the water to see how it was. Luckily, we were already stoked with waves so we called it a sesh, got some food and headed home. 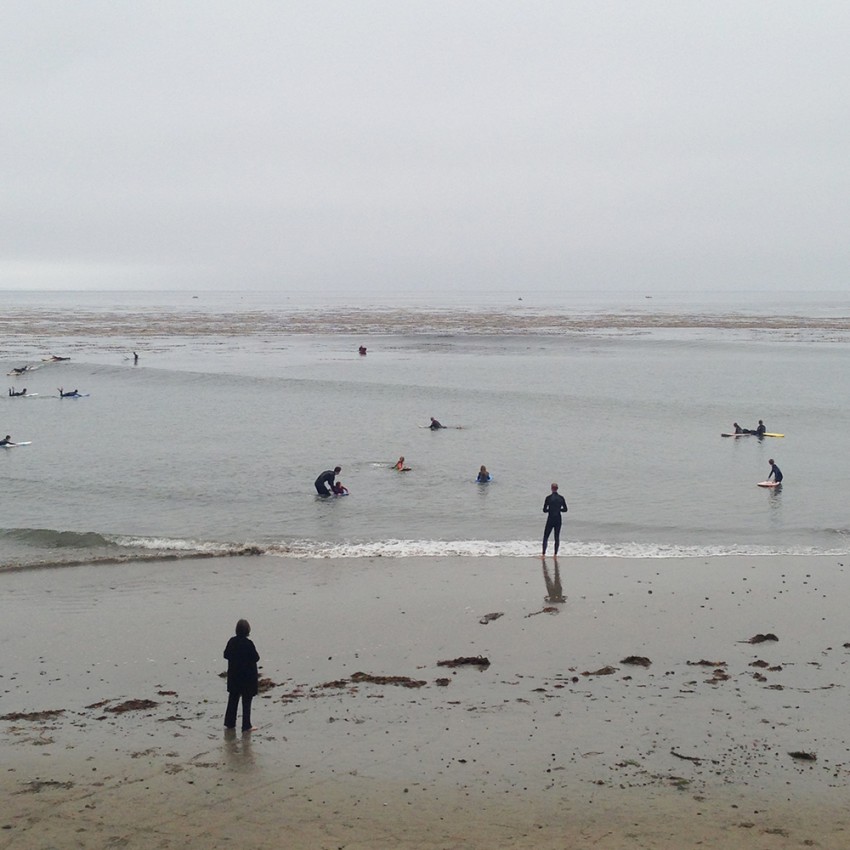