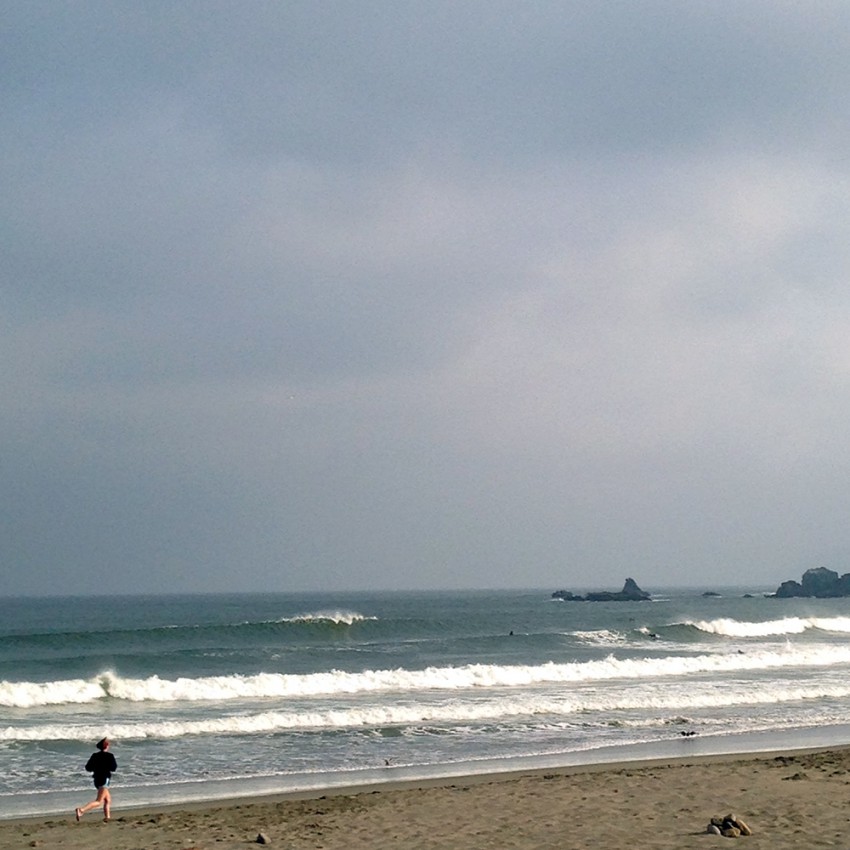 Slept a little late and only had 40 mins to surf to get to work on time. Pacifica was offshore with plenty of waves a set rolling in from south to north. Cold morning. Watched surfers try for waves and get some long lefts in front of the pump house and in the south end a guy on the green Pearson was getting long lefts. Spray shooting everywhere during sets. Some steep outside lines. We opted for south and paddled out during a short lull. I said hi to the other longboarder. Waited out the first wave, which the Pearson guy caught and zipped in, disappearing for a minute behind the wave. I tried for one but was too far on the shoulder. Caught a short one next but popped up to early and rode on top of the wave for a few. Turned and paddled back out over two set waves. Waited through a short lull, Pearson guy had caught another one in. I went for the next one. Saw it approaching from the north, paddled, looked over my right shoulder and could see it rising, caught it and turned left as fast as I could. Spray over my shoulder, speed speed speed. Such a fun wave. Maybe one of the longest lefts I’ve gotten at LM. Brought me all the way in. Max had gotten a ride and was on the inside too. We waited out the set as it was impossible to paddle out just then. Later Max said he counted 15 waves in the set. I believe it! Exhilarating, fast, satisfying session full of offshore wind, lines rolling in, paddling, powerful shore break, whales spouting and flocks of birds circling, water moving, fog, cold toes and that one sweet left. Alive. 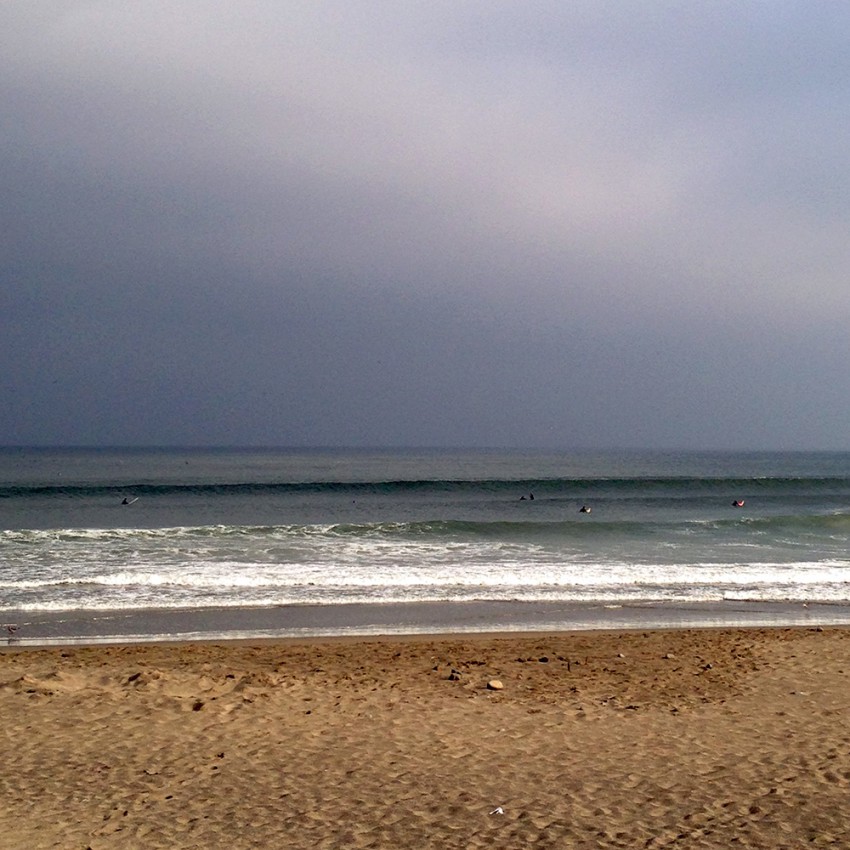 #251 / 9am / HP1
[Regional Summary: Small NW windswell and onshore S to SW wind prevails for most spots this morning. We also have a small SSW Southern Hemi swell mix on a slow building trend. The end result is most breaks are seeing junky 2-3’+ surf, with waves up to chest-shoulder high at standouts.]
5′ @ 8s NW 313